“‘Moby Dick’ and Pavement are the greatest things ever created!” Martin Rojas exclaims at his book club, comparing the classic by Herman Melville and his favorite band.

Martin leads a book club that he calls “The Book Club for Extra-Institutional Learning” — although members say no one else ever calls it that.

He founded the book club on the principle that “young people could self-educate themselves outside of any institution that tells them what to do.”

I attended their recent discussion of “Moby Dick” to see what this meant.

Extremely smart — but not necessarily attuned to school
You might not expect dropouts to want to learn — Martin does, though, and so do the other members of this group, which comprises young men from 16 to 21. They have varying degrees of education; only a few are in college or plan to attend. Many have dropped out of college or decided not to attend. Several have dropped out of high school. 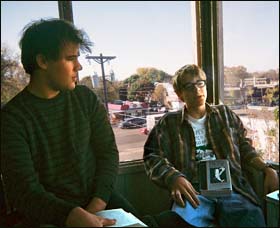 School or no school, the members of the book club are extremely smart. Ian, a member who dropped out of college after two days, told me, “I taught myself geology, I taught myself electronics. I can build a house; I know how to slaughter and butcher a pig. I don’t need to pay to have someone teach me things. I can do it myself.”

The members share a zeal for literature. They meet once a week to discuss books of Martin’s choosing. Aside from “Moby Dick,” they’ve read books like Milton’s “A Paradise Lost,” and Kafka’s “The Trial.”

Veering from classic literature, the club’s upcoming selection is “The Turner Diaries” by William Luther Pierce — a novel associated with neo-Nazi movements, and promoted by Timothy McVeigh, who was executed for the 1995 Oklahoma City bombing.

Why read such a controversial book?

“This is something we would never read in school.” said Martin, “That’s why we have the book club.”

Herding cats
Aside from choosing the books, Martin leads the discussions, assigns reading, and chooses the location. All everyone else has to do is show up.

Of course, this isn’t so easy. He has to call the members to remind them to come, and the location changes almost every week due to availability — it also must be in a place where members can smoke cigarettes.

The books have to be accessible. “Most people get the books at the library or print them off the Internet,” said member Luke Marcott, holding a tremendous stack of papers — his copy of “Moby Dick.”

Everyone comes, though, which was a surprise to many, especially Martin. He is always proud of the turnout, considering everyone’s somewhat shaky reliability.

Discussions on their own terms
Martin himself once dropped out of high school for a period, and later enrolled in another, where he is now finishing his senior year.

Books have always been a part of his life. While out of school, he came across Kate Bornstein’s book on identity and depression, “Hello Cruel World: 101 Alternatives to Suicide for Teens, Freaks and Other Outlaws.”

The book struck a chord with him. After reading it, he bused all over town buying all the copies of the book he could find to give to friends who he thought might consider suicide.

Forming the book club was a similar effort to use books to help his friends, who he knew were smart people. It became a way for all of them to share an intellectual discussion on their own terms. And they could smoke cigarettes.

Call me Ishmael
“So, who liked the book?” asked high-school senior Josh, opening the “Moby Dick” discussion at the book club. 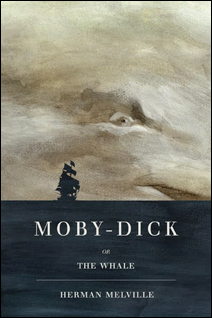 This was the most boring thing I’ve ever read! I can’t understand what Martin sees in it,” responded Charlie, another member in high school.

“Look at chapter 114, though …” said Martin, preparing to read the passage.

Arguing over the merits of the book took most of the discussion. Everyone, however, could connect with the tortured character of Ishmael, the narrator.

One member directed everyone’s attention to the passage in the opening chapter where Ishmael talks about man’s fundamental attraction to the sea.

“Why upon your first voyage as a passenger, did you yourself feel such a mystical vibration, when first told that you and your ship were now out of sight of land? Why did the old Persians hold the sea holy? Why did the Greeks give it a separate deity, and own brother of Jove? Surely all this is not without meaning,” the passage reads.

“Damn,” said Luke, a member who had at one point dropped out of Macalester before re-enrolling a semester later. “Now I want to go to sea.”