Recently, MinnPost’s Book Club Club, in collaboration with Borealis Press, gave away two hardcover copies of Anton Treuer’s new book, “The Assassination of Hole in the Day,” to our readers. 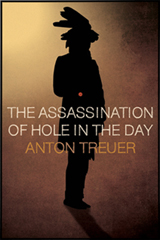 In this nonfiction history, Treuer illuminates the turbulent leadership and subsequent murder of renowned Ojibwe leader Hole in the Day from within Ojibwe culture, focusing on inter-tribal relationships and the role of Ojibwe tradition to explain the events leading up to the infamous assassination.

Contest winners Carol Bungert and Sheila Erichson talked with us about their book clubs and their passion for reading.

Carol’s book club, Spirit Sisters, is quite new — only on its fourth book.

Members met through a two-year spiritual direction and leadership program. When the program concluded, says Carol, “We were all grieving because it had been an amazing experience and we didn’t want  to lose our wonderful, newly-formed friendships.”

Being an avid reader and lover of books, Carol suggested forming a book group.

“To my delight, several were interested! We meet every other month and taking turns hosting.”

The club’s first book selection was “Still Alice” by Lisa Genova, a realistic portrait of early-onset Alzheimer’s disease. The novel was a big hit and members highly recommend it.

The club has also read “Peace Like a River” by Leif Enger and “The Glass Castle” by Jeannette Walls.

“I have always wanted to be part of a book club,” says Carol. “My hope is that we will meet for many years to come!” 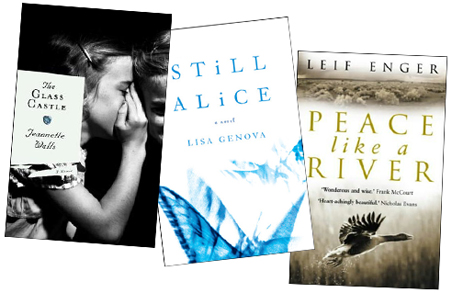 Our second winner, Sheila Ehrich, says she’s been a consummate book reader since she was in elementary, when she stopped by the BookMobile every Wednesday on the way home from school.

Before moving to Lakeville in 2002, Sheila belonged to the Chautauqua Literary and Scientific Circle (CLSC) in Blue Earth, Minn., for 10 years. The Blue Earth CLSC is the oldest, continuous CLSC in the country – “They celebrated their 125-year anniversary in 2006!”

According to Sheila, CLSCs are run out of the Chautauqua Institute in New York, which selects the book titles for all CLSCs in the U.S. Most selections are non-fiction — history, biography, science, economics, mathematics, commentary — and, once in a great while, fiction.

“We read five books a year when I first joined,” says Sheila, “and then at some point that increased to nine books a year.

“It was through CLSC that I came to understand what reading fiction was all about, the way it takes you into the interior of people’s lives — how they think, why they act as they do. It was a real discovery for me.”

Sheila now belongs to the Heritage Library Book Group at her local library. The club is currently all-female, and celebrated its tenth anniversary this past April.

The Heritage Library Book Group is serious about book selection. At the end of each year, members submit book nominations; final titles are choosen through a balloting procedure. Members are allowed to vote for a designated number of titles in pre-selected genres: 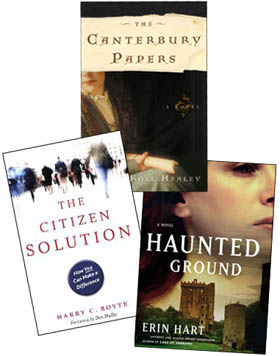 An additional book is selected by a community committee for the One Book/One Lakeville initiative.

The group’s 2010 reading list demonstrates the variety of reading material that members choose:

“Say You’re One of Them” by Uwem Akpan
“The Citizen Solution” by Minnesota author Harry Chatten Boyte
“People of the Book” by Geraldine Brooks
“Tess of the D’Urbervilles” by Thomas Hardy
“Haunted Ground” by Minnesota author Erin Hart
“The Canterbury Papers” by Minnesota author Judith Koll Healey
“Animal, Vegetable, Miracle” by Barbara Kingsolver
“The Girl with the Dragon Tattoo” by Steig Larsson
“The Guernsey Literary and Potato Peel Pie Society” by Mary Ann Shaffer and Annie Barrows
“Child 44” by Tom Rob Smith
“The Book Thief” by Markus Zusak

Sheila’s book group has 20 to 30 people in attendance at any given meeting, so conversations are always lively. 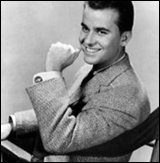 At the end of each meeting, members go around the room and give the book a “Dick Clark rating” — a number rating from one to ten and a short explanation of why.

“It’s really fun!” says Sheila. “Sometimes our ratings are all pretty close; other times, there are lots of ones and twos and nines and tens and not much in between.”

Wondering who’s eligible for MinnPost’s BCC giveaways? Your book club —  or you personally — must be registered with MinnPost’s Book Club Club and/or subscribed to the BCC email newsletter. Both are free, and contact information is not shared.

Giveaways are announced online in the BCC section and occasionally by emails to club captains and BCC newsletter subscribers. Depending on the timing, giveaways may also be featured in the monthly BCC newsletter.

Congratulations to both winners of Anton Treuer’s “The Assassination of Hole in the Day” — we look forward to hearing your reviews!