Tell all your friends, colleagues, and fellow book lovers and writers — registration is now open for the 2011 Book Club Blast! We have a terrific line up of talented Minnesota authors to meet, converse with and learn from. See the flyer below for event details; click on the image to view the high-resolution PDF. Scroll past the flyer to view author bios.

There is no charge for this event but space is limited — sign up below. Don’t miss this literary gala!

This survey has closed. 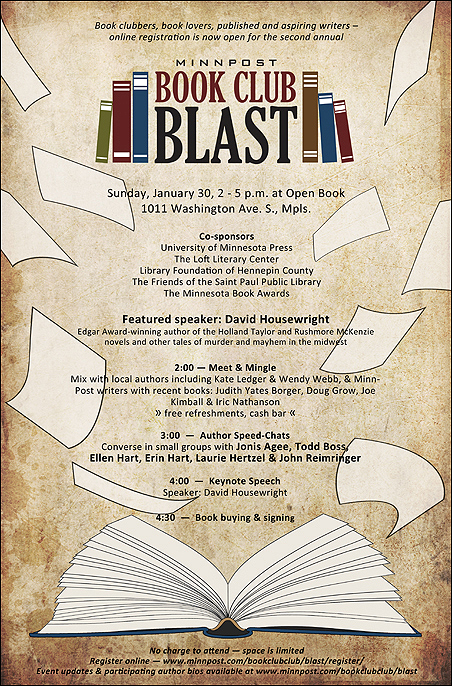 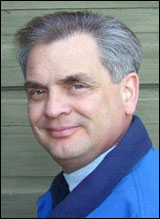 David Housewright is a reformed newspaper reporter and ad man. His book “Penance” earned the 1996 Edgar Award for Best First Novel from the Mystery Writers of America and was nominated for a Shamus in the same category by the Private Eye Writers of America. His second novel, “Practice to Deceive,” won the 1998 Minnesota Book Award and is currently being developed as a feature film. “Jelly’s Gold” won the Minnesota Book Award in 2010. His 11th novel, “Highway 61,” — the eighth Rushmore McKenzie adventure — will be published in June 2011 (St. Martin’s/Minotaur). David’s short stories have appeared in several anthologies, including “Silence of the Loons,” “Twin Cities Noir” and “Resort to Murder.” David has taught writing courses for the University of Minnesota and the Loft Literary Center. He lives in Roseville, MN. 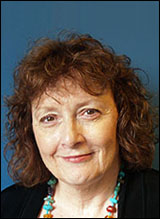 Jonis Agee is an acclaimed fiction writer, essayist and screenwriter who has authored five novels, five collections of short fiction and two collections of poetry. In her newest novel, “The River Wife” (Random House), five generations of women experience love and heartbreak, passion and deceit against the backdrop of the 19th-century South. “The River Wife” has been selected by the Book of the Month Club, the Literary Guild, and as a main selection by the Quality Paperback Book Club. Jonis’s awards include the Gold Medal in Fiction for “Acts of Love on Indigo Road,” a National Endowment for the Arts grant in fiction, a Loft-McKnight Award, a Loft-McKnight Award of Distinction and two Nebraska Book Awards for “The Weight of Dreams” and “Acts of Love on Indigo Road.” Three of her books — “Strange Angels,” “Bend This Heart” and “Sweet Eyes” — were named Notable Books of the Year by The New York Times. Jonis is currently Adele Hall Professor of English at The University of Nebraska — Lincoln, where she teaches creative writing and 20th-century fiction. She lives on an acreage along the Missouri River with her husband, writer Bruce Spencer. She owns twenty pairs of cowboy boots, some of them works of art, loves the open road and believes that ecstasy and hard work are the basic ingredients of life and writing. 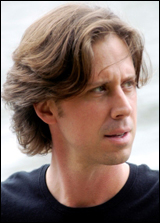 Todd Boss writes pared-down, idea-driven poetry propelled by internal rhyme, with a nuanced attention to sound. His debut poetry collection, “Yellowrocket,” (Norton) has enjoyed widespread critical and popular acclaim. It was selected as the 2009 Midwest Booksellers Honor Book for Poetry. Todd’s poems have appeared in The New Yorker, Poetry, Best American Poetry and Virginia Quarterly Review, which awarded him the Emily Clark Balch Prize in 2009. His work has been syndicated on NPR and in Ted Kooser’s American Life in Poetry column. Todd is the self-appointed poet laureate of Nina’s Cafe in St. Paul, where he curates the “Verse and Converse” reading series in association with Garrison Keillor’s Common Good Books. He is also the founding editor of Flurry — an online journal of wintry poetry from Wisconsin, Minnesota and the Dakotas — and co-founder of motionpoems.com, a poetry film project that turns poems into animated shorts. 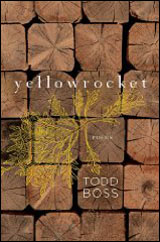 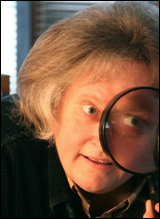 Ellen Hart is the author of 26 crime novels in two different series. She is a five-time winner of the Lambda Literary Award for Best Lesbian Mystery, a three-time winner of the Minnesota Book Award for Best Popular Fiction, a three-time winner of the Golden Crown Literary Award, a recipient of the Alice B Medal, and was made an official GLBT Literary Saint at the Saints & Sinners Literary Festival in New Orleans in 2005. In 2010, Ellen received the GCLS Trailblazer Award for lifetime achievement in the field of lesbian literature. Entertainment Weekly named her one of the “1 Movers and Shakers in the Gay Entertainment Industry.” For the past 14 years, Ellen has taught “An Introduction to Writing the Modern Mystery” through the The Loft Literary Center. Ellen’s newest Sophie Greenway mystery is “No Reservations Required” (Ballantine). “The Cruel Ever After,” the 18th Jane Lawless mystery, was released by St. Martin’s/Minotaur in December 2010.  Ellen lives in Minneapolis with her partner of 32 years. 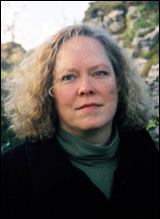 Erin Hart writes a series of archaeological crime novels set in the mysterious boglands of Ireland. After graduating with a theater degree from Saint OlafCollege, she earned an M.A. in English and creative writing from the University of Minnesota-Minneapolis, and worked as an arts administrator, journalist, and theater critic. A lifelong interest in Irish traditional music also led her to co-found Minnesota’s Irish Music & Dance Association. Erin’s debut novel, “Haunted Ground,” introduced readers to pathologist Nora Gavin and archaeologist Cormac Maguire. In addition to winning the Friends of American Writers award and Romantic Times Best First Mystery, the book was shortlisted for Anthony and Agatha awards and was named by Book-of-the-Month Club and ALA Booklist as one of the best crime novels of 2003. “Lake of Sorrows,” the second novel in the series, was recognized as a Minnesota Book Award finalist in 2004. “False Mermaid” (Scribner), third in the series, was published in March 2010. Erin’s work has been translated into German, French, Dutch, Spanish, Catalan, Portuguese, Norwegian, Swedish, Russian and Japanese. She lives in St. Paul with her husband, Irish button accordion player Paddy O’Brien, with whom she frequently visits Ireland, carrying out essential research in bogs and cow pastures and castles and pubs. 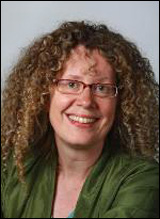 Laurie Hertzel is the author of the memoir “News to Me: Adventures of an Accidental Journalist,” (University of Minnesota Press) — the story of a journalist’s coming of age in Duluth during the boom days of print — and co-author of the memoir “They Took My Father: Finnish Americans in Stalin’s Russia.” Laurie is the Senior Books Editor for the Star Tribune, where she has worked for 14 years. Previously, she was a senior editor of Minnesota Monthly magazine, and a reporter and editor at the Duluth News-Tribune for nearly 20 years. She has had Fellowships at Duke University and the James Thurber House, and has been a speaker and faculty member at the Nieman Conferences on Narrative Writing and Editing at Harvard University. Her journalistic work has won numerous national awards, and her short fiction was honored with the Thomas Wolfe Fiction Prize. She lives in St. Paul with her husband, Doug Iverson, and their dogs, Boscoe and Riley. 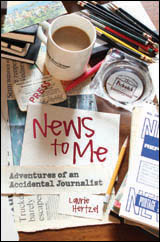 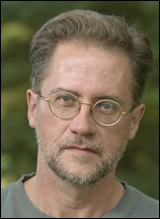 John Reimringer is the author of “Vestments” (Milkweed), a stunning debut novel — one of Publishers Weekly’s Best Books of 2010 — about family, faith and competing loves. A former newspaper editor, John has published stories in Carolina Quarterly, Colorado Review, Louisiana Literature and Gulf Stream Magazine. The recipient of two Minnesota State Arts Board Fellowships and a residency at the Anderson Center for Interdisciplinary Studies, he has been a Susannah McCorkle Scholar at the Sewanee Writers’ Conference and a Loft-McKnight Fellow. He lives in St. Paul with his wife, poet Katrina Vandenberg. 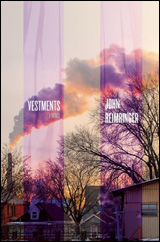 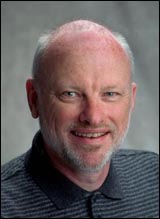 Steve Berg is a journalist and the author of the lavishly illustrated book, “Target Field: The New Home of the Minnesota Twins” (MVP Books). For 31 years, Steve was a reporter and editorial writer for the Star Tribune — stationed in Washington, D.C., and then in Minneapolis. Currently, he works as an urban design consultant and reports on urban life, transportation, and metropolitan affairs for MinnPost. He lives with his wife, Dixie, just a short walk from Target Field. 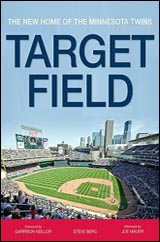 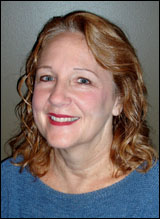 Judith Yates Borger is the author of the Skeeter Hughes mysteries “Where’s Billie?” (Nodin) and “Whose Hand?,” released in e-book format in 2010. A journalist for more than 30 years, Judy has written for The New York Times, Star Tribune and Pioneer Press. She has earned numerous awards for reporting and writing. Judy currently reports on legal affairs, science and other subjects for MinnPost. She lives in Minneapolis with her husband, John. 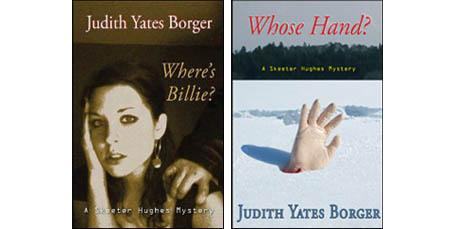 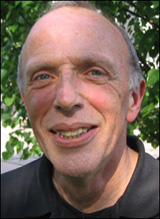 Doug Grow is a journalist and author of “We’re Gonna Win, Twins!” (University of Minnesota Press). A newspaper writer for 37 years, Doug wrote sports columns for the St. Louis Post-Dispatch and the Minneapolis Star. For the next 20 years, he wrote a metro column for the Star Tribune and covered the 1987 and 1991 World Series as well as the long debates over stadium funding. He now writes on state politics and public affairs for MinnPost. Doug has two daughters and lives with his wife in Minneapolis. 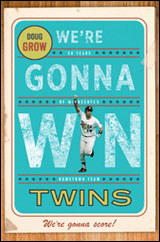 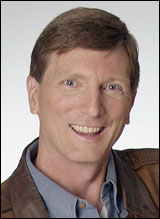 Joe Kimball is a former columnist and reporter for the Star Tribune and author of “Secrets of the Congdon Mansion” (Jaykay), the best-selling chronicle of the historic Congdon murders in Duluth. He was in Duluth the day it happened — but has a good alibi — and has covered the trials and ongoing tales of bigamy, arson, prison and suicide ever since. Joe currently writes on St. Paul City Hall and Ramsey County politics for MinnPost. He lives in White Bear Lake with his wife, a novelist and network television producer. They have two married daughters, two sons in high school and a granddaughter. 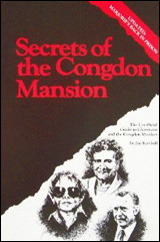 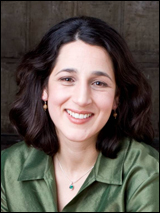 Kate Ledger is the author of “Remedies”  (Amy Einhorn/Putnam), selected as a Self magazine book pick and an Indie Next List Notable Book. She works as a freelance magazine writer and has published articles in Sports Illustrated, Self, Health, and Parents. She lives in St. Paul with her husband and children. 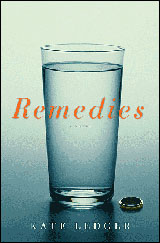 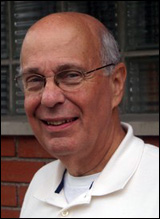 Iric Nathanson is a local historian and author of “Minneapolis in the Twentieth Century: The Growth of an American City,” (Minnesota Historical Society Press), which has been nominated for a Minnesota Book Award. Iric currently works as a project coordinator at Metropolitan Consortium of Community Developers and writes about local history for a variety of Twin Cities publications, including MinnPost. 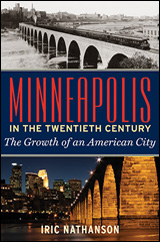