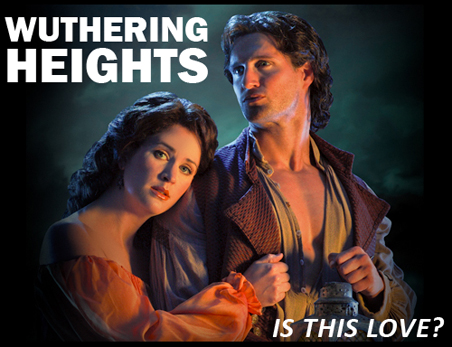 Explore one of literature’s most heartrending and complicated relationships

There is no charge to attend — register now.

In tandem with Minnesota Opera’s upcoming production of “Wuthering Heights,” we’ve gathered a panel of experts to examine the tumultuous relationship between Heathcliff and Catherine and debate “Is this love?” We’ll investigate the tortured couple’s romantic and family dynamics and the repetitive behavior patterns passed on from generation to generation. Book Club Club diary host Sarah T. Williams will moderate this lively discussion, which will feature performances of musical excerpts from “Wuthering Heights” by Minnesota Opera singers.

After the panel discussion, join us across the street at Spill the Wine for drinks and conversation! Spill the Wine has reserved a section of the restaurant and will be offering drink specials for “Wuthering Heights” guests.

View all participant bios below.

Public relations director with Planned Parenthood and MinnPost journalist, Williams was formerly the books editor at the Minneapolis Star Tribune, where she worked as a news editor and reporter for 27 years.

“Wuthering Heights” stage director and accomplished theater, film, and opera director, Simonson was nominated for a Tony Award for best direction of a musical for “The Song of Jacob Zulu” and received the 2006 Academy Award for his documentary short, “A Note of Triumph,” as well as the 2005 Princess Grace Statue Award for sustained artistic achievement.

Chair of the St. Olaf English department, Brontë scholar, and author of “Making it Whole: A Victorian Circle and the Shape of Their World,”Postlethwaite has written numerous articles on Victorian literature and has reviewed contemporary fiction for a variety of publications, including the Star Tribune, the Women’s Review of Books, the Nation, the Washington Post Book World, and the New York Times Book Review.

Co-owner and psychologist at Grove Psychotherapy in Minneapolis, Hoppe specializes in couples communication, parent-child issues, and backgrounds of abuse.

Soprano and Minnesota Opera Resident Artist, Mortellaro has recently sung the roles of Amore in “Orpheus and Eurydice,” Clorinda in “Cinderella,” Annina in “La Traviata” and the Offstage Voice in “Wuthering Heights.” In 2010, she also sang the role of Gretel in “Hansel and Gretel” with both PORTOpera and Sarasota Opera. Previously, Mortellaro was a Chautauqua Opera Apprentice Artist and a performer with the Orlando Opera Company.

Pianist and performance coach with a doctoral degree in collaborative piano and coaching from the University of Minnesota, McEnaney has appeared with singers from the rosters of the Metropolitan Opera, New York City Opera, Santa Fe Opera, and Minnesota Opera, among others.

Don’t miss this spectacular event! Register online now and join us for an entertaining evening filled with music and literary discussion!