Next Tuesday, St. Paul poet Laureate Carol Connolly will host “Readings by Writers: Poets from up North,” an evening of Duluth poets. 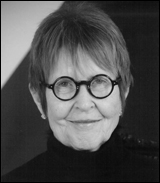 View the author bios below.

Deborah Gordon Cooper
A Duluth-based poet, Cooper is widely published in literary journals, anthologies, Minnesota Monthly and more. She and husband Joel Cooper, a fine art printmaker, have exhibited their collaborative images throughout the Midwest. She co‐edited the 2010 anthology “Beloved on the Earth: 150 Poems of Grief and Gratitude.”

Sheila Packa
The Duluth 2010-2012 Poet Laureate, Packa has published three books of poems — “The Mother Tongue,” “Echo & Lighting” and “Cloud Birds” — and contributed short stories and essays to many literary magazines and anthologies. Packa has received a Loft McKnight Award and Loft Mentor Award for Poetry.

Connie Wanek
A Duluth-based poet whose new book, “On Speaking Terms,” received a glowing New York Times review, Wanek is widely published in anthologies and other publications, including The Atlantic Monthly and Poetry East. She is the recipient of the Jane Kenyon Poetry Prize and the Willow Poetry Prize, and was the 2009 George Morrison Artist of the Year. Poet Laureate Ted Kooser named her a 2006 Witter Bynner Fellow of the Library of Congress. Her poem “Polygamy” was the grand prize winner in mnLIT’s 2010 What Light competition.

Celebrate poetry month with ‘Poets from up North’