The winning book club — formed in the late 1990s and continuing to grow — was Wine, Chocolate, Laughter and Sometimes a Book.

Currently comprised of a dozen women interconnected by family or work relationships, the group meets in Minneapolis, Edina and Minnetonka and reads a variety of fiction.

Most recently, the club read John Steinbeck’s final work, “The Winter of Our Discontent,” and Wally Lamb’s epic novel “I Know This Much Is True,” centering on two men — identical twins, one of whom is mentally ill.

Up next is Jeanette Walls’ true-life novel, “Half Broke Horses,” which traces the unconventional life of her maternal grandmother, a gritty West Texan rancher named Lily Casey Smith. 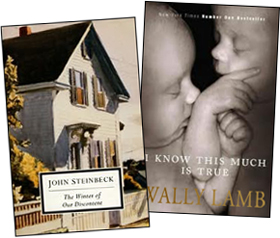 A favorite local author among the group is Lorna Landvik.

“I promise she’d be well-fed if she came to one of our meetings!” says club member Heather Isaacs. “A couple of us remember her humorous story at the first Book Club Blast about a book club meeting she attended.”

This group of women seriously loves to read, but doesn’t take itself too seriously. “As you can tell by our name that we’re very social,” says Isaacs. “There’s no penalty for not having read the book.”

The winners were the White Falcons, a book club formed in 1993 by a group of women working in the hotel and hospitality management fields.

Over the years, the group has met in homes, cabins, coffee bars — even on a boat — and has had author visits with Vince Wycoff, Lorna Landvik, Jim Klobuchar and Shannon Olson.

Leslie Krona, who joined the White Falcons in 2003, says she enjoys the club’s variety in book choices. “I know I have read books I would never have found on my own.”

The diversity of selections keeps discussion lively, says Krona, “especially when there is disagreement between members who liked and disliked the book; we had a wide range of opinions on Stieg Larsson’s Millennium trilogy.” 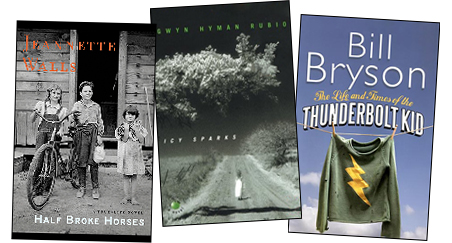 In the last few months, the White Falcons have started rating their book selections (on a scale of one to 10) and recording the average rating.

The women gave Sherman Alexie’s “Reservation Blues” a 5.5, Geraldine Brooks’ “March” a 7.5 and Jeannette Walls’ “Half Broke Horses” an 8 (an eight with two exclamation points!!).

The White Falcons recommend reading Kathryn Stockett’s “The Help,” Jean-Dominique Bauby’s “The Diving Bell and the Butterfly”, Carlos Ruiz Zafón’s “The Shadow of the Wind” and, of course, “Half Broke Horses.”

Congratulations to the women of Wine, Chocolate, Laughter and Sometimes a Book and the White Falcons — and thank you for sharing your stories with the BCC community!

Wondering who’s eligible for MinnPost’s BCC giveaways? Your book club — or you personally — must be registered with MinnPost’s Book Club Club and/or subscribed to the BCC email newsletter. Both are free, and contact information is not shared.

Giveaways are announced online in the BCC section and occasionally by emails to club captains and BCC newsletter subscribers. Depending on the timing, giveaways may also be featured in the monthly BCC newsletter.