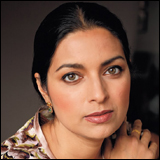 Jhumpa Lahiri received the Pulitzer Prize in 2000 for “Intrepreter of Maladies,” her debut story collection that explores issues of love and identity among immigrants and cultural transplants. Alongside her Pulitzer Prize, Jhumpa Lahiri has won numerous awards including the PEN/Hemingway Award, an O. Henry Prize, and the Addison Metcalf Award from the American Academy of Arts and Letters. Her second novel, “The Namesake,” was published to great acclaim in 2003 and adapted for film in 2007. 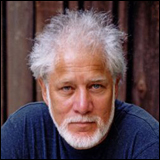 Michael Ondaatje is one of the world’s foremost writers — his artistry and aesthetic have influenced an entire generation of writers and readers. Although he is best known as a novelist, Ondaatje’s work also emcompasses memoir, poetry, and film, and reveals a passion for defying conventional form. In his novel “The English Patient,” which was adapted into an academy award winning film, he explores the stories of people history fails to reveal, intersecting four diverse lives at the end of World War II. His forthcoming novel, “The Cat’s Table,” will be published in the U.S. in the fall of 2011. 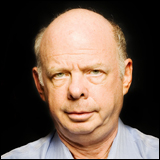 Wallace Shawn wears two hats. He is beloved for his comedic roles as a film and stage actor, in such works as “My Dinner with Andre” and “The Princess Bride.” A playwright and an essayist, he is revered for his exploration of difficult, often controversial themes. Much of his writing in his collection “Essays” (2009) has the same cadence as the dialogue in his award-winning plays and screenplays — bold assertions, often provocative, that outrage and even startle. In 2005 Wallace Shawn received the PEN/Laura Pels Foundation Award for “showing the way to a new kind of theater.” 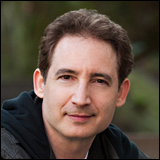 Dr. Brian Greene is one of the world’s leading theoretical physicists and author of the national bestsellers, “The Elegant Universe” and “The Hidden Reality.” A brilliant, entertaining communicator of cutting-edge scientific concepts, Greene was described by The Washington Post as “the single best explainer of abstruse concepts in the world today.” In 2008, he co-founded the annual World Science Festival. The festival’s mission is to take science out of the labratory, making the esoteric understandable and the familiar fascinating to the general public. 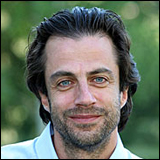 Arthur Phillips was born in Minneapolis and educated at Harvard. He has been a child actor, a jazz musician, a speechwriter, a dismally failed entrepreneur, and a five-time Jeopardy champion. His first novel, “Prague,” was named a New York Times Notable Book and received The Los Angeles Times Art Seidenbaum Award for best first novel. Author of five novels, including “Egyptologist” and “The Song is You,” Arthur’s work has been translated into 25 languages and is the source of three films currently in development. His fifth book, “The Tragedy of Arthur,” was published in April 2011.