Now here’s a book club even the football-watching, X-Box-playing men in your life could get behind. 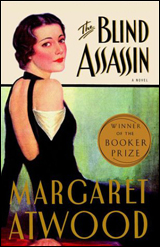 No obscure titles (you vote on the book), no last-minute cram session (read it or not, it’s up to you), no dressing up (pajamas are fine), no fussy wine and appetizers, no rarefied Lit 101 exegesis (in fact, you’ve got to keep it to 140 characters).

Readers around the globe, from India to Australia to Brazil, began tweeting about 1book140’s first pick, Margaret Atwood’s “The Blind Assassin,” on June 1.

“Gosh, thanks Atlantic #1book140 voters!” Atwood tweeted after learning of the selection. “Would it be cheating if I joined in? Guess so…”

The global Twitter book club was inspired by the “One City, One Book” group read concept Seattle librarian Nancy Pearl pioneered in 1998.

Professor Howe launched “One Book, One Twitter” last summer, which drew thousands of tweets about Neil Gaiman’s “American Gods.” But, as he wrote in The Atlantic, “The only problem? It disappeared, like barbeques and seersucker suits, when summer came to a close. Now it’s back…. It has a new name — 1book140 — but what hasn’t changed is the global, participatory nature of the affair.”

More than 5,000 readers have already joined the @1book140 club, with general discussions taking place under #1book140 from, and more focused exchanges of each of the novel’s chapters under the dedicated hashtags #1b140_1, #1b140_2, etc. 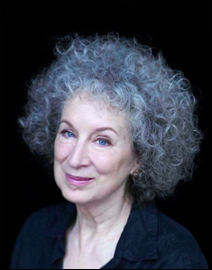 “Being amazed by Atwood at every turn,” tweeted one reader in London, reported the Guardian. “Probably my first book written from a senior person’s perspective. Never expected it to be so lovely.”

Is 1book140 the beginning of more Twitter book clubs? What does that bode for books and reading?

Well, it’s certainly not the first. Among the other Twitter book clubs out there is TwitBookClub. Launched in December 2009, it has more than 700 followers worldwide. One difference? Members meet in Dubai every month for quick discussions.

There’s also the Book Club, an international book club for Twitterers where more than 6,000 followers discuss books in general, rather than specific titles.

And then there’s the Norm MacDonald Book Club. “Yes, Norm has taken to Twitter to begin an ongoing discussion of literature with his nearly 4,000 followers,” reported Cinema Blend. “First up: Robert Penn Warren’s “All the King’s Men.” I know, this is where I was expecting the punchline, too. But so far, at least, MacDonald seems to be playing this straight.”

What does this mean for reading? Are Twitter book clubs a social media gimmick that will reduce reading and appreciating books to superficial 140-character analyses?

Certainly, Twitter book clubs like 1book140 won’t plumb the depths of an author’s work or facilitate the deepest, most constructive interpretation of any literary work.

But it will get thousands of people around the globe excited about reading, sharing their unique interpretations, and interacting about one of our favorite subjects: books.

“The point isn’t to perform magisterial feats of exegesis single-handed, but rather suss out new and interesting interpretations with lots of other people,” 1book140 organizers said in a statement.

That, we think, can only be good.

No time for a flesh-and-blood book club? Try the Twitter variety