“You’re not a real candidate, Pinocchio, if you haven’t written your own book,” Mark Halperin, political director of ABC News, once said.

Indeed, these days the one — perhaps only — condition all serious presidential candidates seem to satisfy is publishing their own book, whether it’s a rags-to-riches memoir, a political manifesto or a motivational manual. 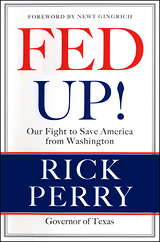 1. Rick Perry’s “Fed Up! Our Fight to Save America from Washington” is the boldest

“Fed Up!” is Perry’s 240-page manifesto on turning America around, Perry-style. (Ironically, the book’s forward is written by Newt Gingrich, now Perry’s rival in the GOP nominating race.)

Perry thinks Congress and the federal government should butt out of regulating the environment. And regulating guns. And protecting civil rights. And Medicare and Medicaid. And minimum wage laws. And labor laws. And education.

States, Perry thinks, are simply more capable at solving problems than the federal government. “Most problems get better solutions when they’re solved at the local level,” he writes.

Brash? Maybe. But it’s big, bold and — to borrow a word that was once associated with our current commander-in-chief — audacious. 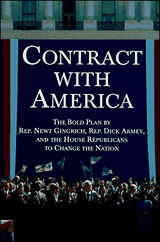 2. Newt Gingrich’s “Contract with America” is the most erudite

A history professor by training, Gingrich is the GOP’s intellectual powerhouse and its unofficial philosopher king.

Most Americans know Gingrich as the grand architect of the 1994 Republican Revolution.

Thanks to his Contract with America, one of the most popular modern political manifestos, Gingrich helped engineer the GOP victory that saw the party regain a House majority after more than 40 years.

And he’s prolific. Gingrich has written 23 books, including “Winning the Future: A 21st Century Contract with America” in 2005, “Rediscovering God in America: Reflections on the Role of Faith in Our Nation’s History” in 2006, and “To Save America: Stopping Obama’s Secular-Socialist Machine” in 2010.

Like the candidate himself, Gingrich’s books are known to be smart, incisive, and outspoken.

“He’s brilliant,” Alan Lichtman, a presidential historian at American University in Washington, told the Monitor. “Along with Karl Rove, he is far and away among the best political strategists the Republican Party has produced.” 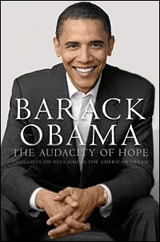 3. Barack Obama’s “Dreams from My Father” and “The Audacity of Hope” are the best written

When his books hit coffee table and bookshelves across America — and long after — reviewers couldn’t stop cooing about Barack Obama’s gift for writing and the success of “Dreams from My Father: A Story of Race and Inheritance” and “The Audacity of Hope: Thoughts on Reclaiming the American Dream.”

The president is a natural storyteller and his days as editor of the Harvard Law Review honed his eloquent style.

“Dreams from my Father,” which was published before Obama began his political career, tells his life story up to his entry in Harvard Law School. One Monitor reader said of the book, “He tells his story so earnestly and movingly that a person learns about himself/herself through this book and about the society she/he lives in.”

“The Audacity of Hope,” which introduced Obama as a politician, was an instant best-seller, described, like his campaign, as a shot of inspiration.

Monitor reviewer Ari Pinkus wrote of this book in 2007, “The openness and eloquence with which Obama shares his personal story interwoven with his broad vision for America is compelling. For those who have been disillusioned by the divisiveness of politics, Obama inspires.” 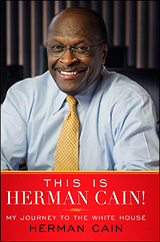 4. Herman Cain’s “This is Herman Cain! My journey to the White House” has the most personality

He is the surprise success of the 2012 GOP hopefuls so far, the pizza magnate with no political experience who has managed to hold his own against far more experienced and deep-pocketed rivals.

His book, “This is Herman Cain! My Journey to the White House,” is a surprise, too, a plain-spoken autobiography that’s full of the zingy one-liners and populist messages that have endeared him to so many American voters.

“I was surprised by the words that flowed across my iPad,” writes Forbes reviewer Bill Frezza about the book. “…Cain writes like he speaks, in plain language. No 50 cent words when nickel words will do. No focus-group tested positions that slip through your fingers when you try to parse them. Just homespun Cain.”

He builds on the homespun style by prefacing each chapter with a biblical passage, sure to gain him credibility with Evangelical voters.

Cain’s trademark ebullience spills over onto the page, and his rags-to-riches story earns him respect, even from critics.

“I didn’t grow up wanting to be president of the United States,” Cain writes in his book. “I grew up po’, which is even worse than being poor. My American dream entailed working hard and making $20,000 a year, but I surpassed that goal and became a corporate CEO, a regional chairman of the Federal Reserve, a president of the Restaurant Association, an author and an Atlanta talk show host before retiring at 65 on cruise control. And then I became a presidential aspirant. But a strange thing happened on my way to cruise control: The country got off-track.” 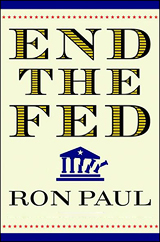 5. Ron Paul’s “End the Fed” is the most authentic

Running for the third time, Libertarian Ron Paul comes across as authentic and unwavering in his beliefs, in both his campaign and his books, Wes Benedict, executive director of the Libertarian National Committee in Washington, told the Monitor. “He’s been consistent for 40 years, even his detractors say that he tells the truth the way he sees it and he sticks to his principles.”

A prolific author, Congressman Paul has penned more than 10 books, including “Freedom Under Siege: The U.S. Constitution after 200 Years,” “A Foreign Policy of Freedom,” “End The Fed,” “The Revolution: A Manifesto” and his most recent, “Liberty Defined: 50 Essential Issues That Affect Our Freedom.”

In “End the Fed,” Paul argues that the present monetary system under the Federal Reserve is immoral and unnecessary.

“The entire federal government is one giant toxic asset at the moment,” he writes. “It certainly has no business telling the private sector how to run its affairs.”

He continues later in the book, “Nothing good can come from the Federal Reserve. … [It’s] immoral, unconstitutional, impractical, promotes bad economics and undermines liberty.”

As he’s illustrated throughout his long career, Paul knows how to take an honest and unwavering, if radical, stand.