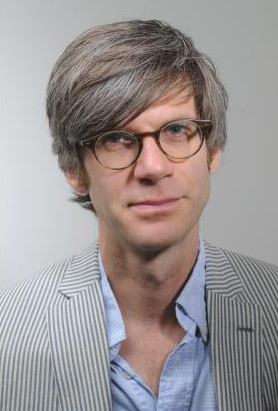 Dylan Hicks has been part of Minnesota’s music scene for 25 years, first as a deejay, then as the guy actually singing the songs on the radio, instead of providing the between-song chatter. While his geeky, winsome pop songs attracted a loyal audience and still turn up on the Current, the money didn’t follow, and he launched a second career as a freelance journalist. (The money doesn’t really follow in this line of work either.) You’ve seen his name in City Pages, Star Tribune and the New York Times.

Writing and songwriting are all tangled up in his first novel, “Boarded Windows” (Coffee House Press), in which a record store clerk with a few things in common with Hicks tries to sort out his origins by spending time with his stepfather, a seedy but fascinating former musician with the fictional band Bolling Greene. The book is set in Minneapolis in the 1990s, and scenes of the Halloween blizzard of ’91 and Hennepin Avenue before Block E make it a vivid time capsule of those scruffier days of Twin Cities music fandom. The book, naturally, has a companion CD, on which Hicks covers the songs of Bolling Greene.

MinnPost: You aren’t the only Twin Cities musician with a new book out. I saw Paul Metsa read a few weeks back, and he said, “I finally found a way to lose money even faster than by making music.” So why did this story become a book and not a song?

Dylan Hicks: That’s a typically great line of Paul’s, though in my experience playing and recording music has been more financially irrational than writing. Maybe the only thing economical about my songs is that they’re fairly short, which is one of the reasons I always thought this story would need to be a novel rather than a song. I did, however, want the book to have certain song-like qualities, and was particularly thinking of country ballads by George Jones, Hank Williams, Porter Wagoner, and others. A year or so into working on the book, I started writing songs by one of its characters, which led to the book’s companion album, “Dylan Hicks Sings Bolling Greene.” In a way, then, the story is both a book and group of songs. 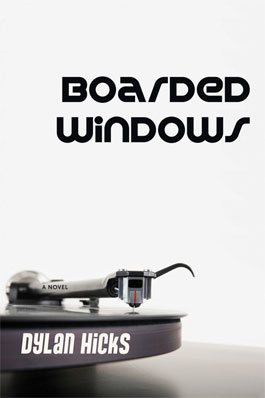 MP: The book’s structure is pretty unconventional. It kind of reminds me of someone telling a long story in a bar. Why did you shape it this way?

DH: Although the novel is presented as a kind of memoir and is sometimes self-conscious about being text, I did want it to at times resemble an extended monologue. In keeping with such monologues, the book is often digressive, for which I admit to a strong fondness — or high tolerance — as both a reader and writer. The book’s narrator is confused about many things, so I wanted to mirror his confusion with a somewhat disjointed, collage-like structure.

MP: I’m not sure I liked Wade in most of this book. How do you feel about the guy?

DH: While writing the book, I tried to take on, or at least sympathize with, the narrator’s ambivalence about Wade. The narrator loves and idolizes Wade, but also and reasonably thinks he’s irritating, cruel, repellent. I can see Wade’s allure, but I wouldn’t welcome him into my actual life.

MP: You drop a song or album reference every few pages. Did you write this in the same room as your record collection? How did these tunes come to mind?

DH: I usually can’t write while music is playing, but I’ll sometimes revise to music, and while writing this book found that playing certain albums while revising or just thinking about the book helped me approach the emotional tone I was after. From the beginning I wanted the book to have some of the spirit of outlaw country, ’70s singer-songwriters, and other music in harmony with the story, and that aim resulted in references to a lot of real and imagined music.

MP: Who are some of your literary inspirations?

DH: As a kid I read a great deal of music criticism and history by folks like Greil Marcus, Martin Williams and Lester Bangs. Among canonical writers, some of my favorites are Montaigne, Joyce, Borges, Nabokov, the Brontë sisters and Yeats. Among writers born earlier than I but not a full generation earlier, I’ve probably taken most from Nicholson Baker, Mary Gaitskill, and David Foster Wallace. My top three Phils are Lopate, Roth, and Larkin. Other favorites include J.M. Coetzee, W.G. Sebald, Evelyn Waugh and Dana Spiotta.

MP: Your descriptions of ugly old downtown Minneapolis in the 1990s were spot on. What were you doing there back then?

DH: The book’s story is entirely invented, but its narrator is in some ways an authorial surrogate, and like him I probably spent too much of the ’90s working in record stores and smoking dope.

MP: Reading vs. concert: As fun, way more scary, or pretty much the same thing?