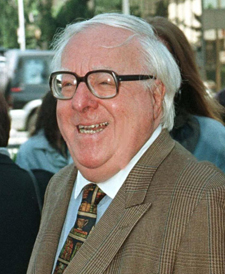 It happened in the spring of 2006, at the Los Angeles Times Book Festival on the lovely UCLA campus, where I’d been part of a panel on travel writing and was now free to attend other festival panels and literary talks.

Like most of my friends, I’d read all his classics in college, a lifetime ago, but what had touched me as an adult was a speech he’d given only a couple of years before. I caught it on Minnesota Public Radio while I was driving, and it hit me so hard, I had to pull over and stop.

Bradbury was talking about a carnival magician named Mr. Electrico, who changed his life with a strange story when he was 12 years old. Because of it, Bradbury said, he began to write, and he had continued to do so, every day of his life, ever since.

The magician had singled him out during a performance, making electrical sparks dance around him, and had given him a startling command: “Live forever!”

And there was something else that Mr. Electrico said to the boy. Spellbound in my car, I took no notes, so I am paraphrasing all but the final line:

“I know you. You were my best friend, and you died in my arms in the trenches in northern France, in the Great War. And now you are living again. I can see it in your eyes. Welcome back to the world.”

Welcome back to the world! The thought made me weep.

Now, in a ticket booth at UCLA, I learned that Bradbury had had to cancel his speech at the book festival. He was quite elderly, a staffer explained, and wasn’t well enough to come.  Disappointed, I chose another session instead, and the day proceeded.

Early in the afternoon, wandering among the book pavilions set up along the campus sidewalks, I overheard a young guy excitedly say “Ray Bradbury” to someone.

“He’s not here,” I said, feeling helpful. “He couldn’t come because he’s sick.”

The young guy gave me one of those “duh” looks and said, “He’s right over there — signing books.”

Sure enough, there was a small mob of people in front of the nearest publisher’s tent, and a long line of others was waiting to get close. A woman explained that Bradbury had decided to come, after all, even though he didn’t feel well — “he likes to meet his fans” — but she and others in line were worried that he’d have to stop signing before they got their turn.

It worked like this: First, you lined up to buy his books at a table, then you lined up to take them to the tent for his signature. My old Bradbury paperbacks were long gone, so  I bought hardbound copies of “Fahrenheit 451,” “Dandelion Wine” and “The Martian Chronicles” and got in line.

After that, the waiting felt a little like being at an auction — the same rising tension, the same contagious excitement. I suddenly remembered I was carrying a copy of my own first book, which had just come out, and I decided to give it to Bradbury while he signed his for me. The idea made my heart pound.

Finally, I was close enough to see him — an old man sitting in a wheelchair, a small stout figure in a blue striped shirt and dark trousers, bending over book after book, writing his name in thick blue felt-tip.  He wore thick glasses and a hearing aid, and his fingers looked swollen and stiff. They didn’t move when he wrote. He was signing his name with his whole arm.

Bradbury’s assistants, in matching dark T-shirts, stood on either side of him. I handed the books to a woman who opened each one to the title page and slid it in front of the author, who kept signing steadily, almost mechanically, seldom lifting his eyes.

I gave my own book to a male assistant who seemed to be in charge, and explained what I wanted to do. He passed it to Bradbury, told him it was a gift from me, and told me to speak up:  “Mr. Bradbury doesn’t hear well.’’

So I leaned over the table and said, slowly and loudly, “Thank you for telling about Mr. Electrico and the friend who died in his arms.”

Bradbury’s head snapped up then, and he looked straight at me, intently, for a moment. That would have been serendipity enough. But then he did an astonishing thing. Still looking at me, he took my book, raised it to his lips and gave it a kiss — a big theatrical smack right on its cover. It made my skin tingle.

There was no time to say anything else to him — the line was moving too fast — and I stepped aside. But the male assistant stopped me, blindsiding me with an out-of-the-blue question.

“Do you know how to do hand massage?” he asked.

This was kind of true, though I think I’d have lied about it just to stay in Bradbury’s presence a little longer. I’m no masseuse, just a newspaper writer who once got tendinitis in my wrists from too much keyboarding. With several dozen suffering colleagues, I’d been treated at a hand clinic and ordered to do exercises and stretches to stave off future attacks. I’d been doing them for years.

The assistant halted the book-signing assembly line, announced to the waiting fans that they’d have to wait longer, pulled up a folding chair and sat me down by the author’s side. “Mr. Bradbury’s hand is hurting him,” he said to the crowd, and Ray Bradbury turned and beamed at me.

I took his thick, swollen right hand in both of mine, held it to warm it a little, and began to rub the muscles at the base of his stiff fingers and thumb. Then I moved the fingers themselves, slowly curling them forward toward his palm, then bending them open and slightly back, then stretching them apart, over and over, the way the hand therapist had done with mine.

Unlike my confident therapist, though, I kept asking, “Does that hurt? Is that OK?”

I wasn’t even sure he could hear me. But over the next minutes, while his hand didn’t relax, my patient seemed to. He kept smiling and began to joke. Once he leaned close, gave me a dramatic leer, and growled, “What’re ya doing later?” and we both laughed.

Then, by unspoken agreement, it seemed time to stop. The assistant helped me out of the chair, Bradbury picked up the blue felt-tip pen and started signing again, the line of fans moved forward, and I wandered away, feeling dazzled. I found a quiet place to sit on the steps of a nearby classroom building and went over the whole implausible encounter in my mind.

We hadn’t had a literary conversation. Hadn’t talked about anything, really. But that didn’t matter. For an aspiring author like me, just holding hands with Ray Bradbury had been blessing enough.