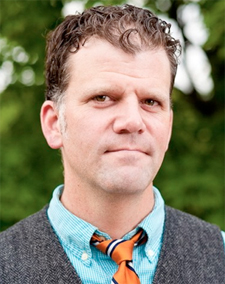 Love and happiness, financial and community stability — even, as we’ve learned, the global economy — are all influenced by home ownership. Writer Matthew Batt learned that just about everything hinges on real estate when he and his wife decided to buy their first house in Salt Lake City.

In “Sugarhouse: Turning the Neighborhood Crack House into Our Home Sweet Home,” the University of St. Thomas professor chronicles his search for the perfect home, and how he settled instead for the little crack house around the corner.

With his wife, he fixed it up, one painful and enlightening step at a time, and anyone who’s ever tackled a home-improvement project will find this memoir hilariously, painfully, right on. Batt put his everything into the job — and then he sold the thing, bought a place in Texas, and then another fixer-upper in St. Paul.

Since the realtors keep saying it’s a great time to buy, we asked Batt for some advice on finding the way home.

MinnPost: So, you’ve owned three houses, and looked at hundreds. You’re an expert. What kind of house should a prospective buyer run away from at the highest speed?

Matthew Batt: Though I’m sure there are plenty of folks who would happily wait in line to interrogate my so-called expertise, you got it: We’ve seen a ton of houses. The kind that inspire the highest-velocity fear are the ones built since I was born. I lived in a newly built apartment in Milwaukee in college and the drywall was so cheaply finished that once we tried to clean off a smudge with a slightly damp cloth, and we ended up taking off half the wall. Didn’t see that security deposit again. Which is not to say all old construction is good and all new is bad, but if it’s new and cheap, my money says it’ll never live to be old.

MP: What kind of house one might overlook is actually worth getting a look inside?

MB: Forget home values and tax brackets. What are the kids in the neighborhood doing with or to one another? What kind of critters are folks walking? What do said critters do when they encounter one another? What happens when the average car encounters a bike or pedestrian? I think how we treat each other in the street speaks volumes.

Beyond that, look at the stuff that’s not aesthetic. Forget the surfaces. What’s beneath it? You don’t always need to pull up carpet or get up on the roof to know. Is the roof saggy or damaged anywhere? How does the electrical panel look? Like you’d know what to reset after a surge or like you fear electrocution just by opening the door? How’s the furnace and water heater look? Rusty, listing, or otherwise hungry for failure, forget it. All that stuff will cost thousands upon thousands to fix and you sure shouldn’t do it yourself. If, on the other hand, it’s just a case of bad taste, well, unlike me in middle school, you actually can do something about that.

MP: Your time is valuable. Why buy a fixer-upper when there are plenty of houses someone else has suffered to fix up? 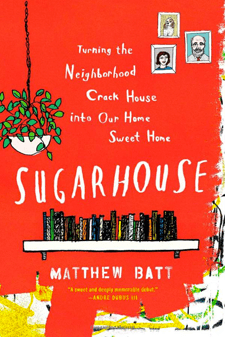 MB: Well, houses that have been flipped are probably going to be cheaper in every way than a home you fix up yourself. I’m sure there are exceptions, but for people who are just turning and burning one house after the other, time is money. Well, money is money too, but time is especially of the essence, so they’ll do whatever maximizes appearances but minimizes time. In what other realm of your life do you want things to be cheap, fast, and easy? Your kid’s education? Your church? Your food? Your love? Well, I don’t mean to make it overly personal, but I think time isn’t the only valuable thing, and sometimes the more time you take the more something is worth.

MP: What signs tell you it’s OK to buy that crack house, the neighborhood on its way up?

MB: If you can’t buy crack there anymore. Seriously. Check the crime reports. Talk to potential neighbors. Are they out and about, beautifying the yard and such? Or are they cagey and wary? Go there at night. What’s it feel like? What’s it smell like? What, if anything, are people burning? Trust your nose.

MP: Your marriage has survived a lot of home improvement. What’s the secret?

MB: Listen very seriously to everything your partner says about what he or she wants to improve, then ask yourself: Is  that tile or that pricey sconce or those ludicrous drawer pulls worth your relationship? If you don’t take it seriously, your relationship might be what it ultimately costs. Our homes are just really big and unwieldy metaphors for our relationships. How we improve them says everything, I believe, about how we feel about both.

MP: It seems you sold the Sugarhouse with not a lot of looking back. How do you say goodbye to all that blood, sweat and tears?

MB: Houses you renovate are a kind of moveable feast. Sure, you can’t take the house with you but what you did with it will always stay with you. Plus, Salt Lake City is on a fairly active fault. Earthquakes tend to necessitate a lot of, how shall we say, opportunity for further renovation.

MP: What made you go for the house you’re currently working on in St. Paul?

MB: When we bought our house in St. Paul, my wife was eight months pregnant. You would think that that would have meant searching for an easy turn-key affair. But once you know what you can do to a house, even under great duress it’s hard to not imagine what’s possible with a little of the proverbial elbow grease. Of course, it’s been five years and we’re just now close to finishing what we started. At the same time, I have never heard any homeowner use the word “finished” with any real authority. It is always followed by, ‘And now … .”