To some, Minnesota’s North Woods are a soothing antidote to the stresses of civilization. But to others, all that unpaved, unpeopled wilderness is just plain unnerving. And therein lies the seed of some very spooky storytelling.

Mystery author William Kent Krueger has killed off more characters in Northern Minnesota than just about anyone. Tim O’Brien is best known for his tales of the Vietnam War, but his psychological thriller “In the Lake of the Woods” explores the “still waters run deep” theory to terrifying effect. For the collection “Resort to Murder,” Nodin Press challenged Minnesota authors, including Krueger, Ellen Hart, Carl Brookins and David Housewright, to set a short story at a Minnesota resort. Happy vacation memories these are not. And if Minnesota  writers can see ghosts in all those long shadows, imagine what a visitor can do. 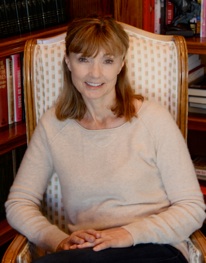 Screenwriter D.A. Serra lives in well-lit Southern California, but a couple of decades ago she spent a week at Camp Thunderbird in Bemidji, at the insistence of her husband, who spent 12 years there as a camper and counselor. By day, she paddled and swam and played. But by night, all Serra could see was the set for a crime story.

“I was a New Jersey girl, living in California, and I’d never even been to Minnesota before. And so to go into the Minnesota woods was a profound culture shock,” says Serra.

“I remember getting up to go to the bathroom [building] at night, and when I stepped out of my cabin and onto the porch, I was just stunned. I had never in my life seen this kind of dark. It was intensely, terrifyingly dark out there. The trees were hiding the moon and stars, and I just decided, nope, I wasn’t stepping off that porch.”

Only a vacationing mother can stop them

That darkness stuck in her mind, and eventually expanded into “Primal,” the story of a band of brothers who set off on a murderous rampage at a Minnesota resort. A mother vacationing there with her family and friends becomes the one person who can stop them. 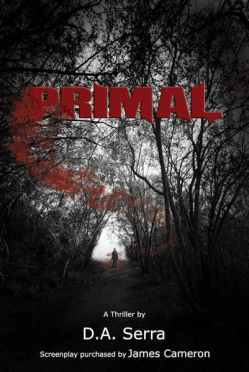 Serra first wrote “Primal” as a screenplay, and sold it immediately to director James Cameron (“Titanic,” “Terminator,” “Avatar”), who was attracted to the strong female character and the intensity of the action. But Serra was itching to break away from screenwriting and try her hand at self-publishing a novel. She asked Fox for rights to retell the story as a novel, and got to know her characters a little better.

“Screenwriting is really restrictive, and a lot of people become involved in your work. I was really craving the chance to have complete control and go deeper into my characters, go back and forth in time and get out of dialogue if I wanted to. I definitely grew the characters as I was able to get inside their heads.”

That includes getting into the heads of the murderous brothers, which sent her into an exploration of bad mothers (you don’t raise three psychopathic killers by doing everything right) and good mothers (Alison, her heroine, taps into her primal instincts to hunt down the brothers to save her son).

‘How does someone do this?’

“There’s something in us that really reaches for understanding when we hear about true-life crimes. You ask everyone you know, ‘Did you hear about this?’ But what you are really saying is, ‘Are you understanding this? How does someone do this?’

“When Ted Bundy was executed, he’d already admitted to killing all these boys in this horrific way, and they interviewed his mother and she looked right at the camera and said, ‘I know he didn’t do this.’ And I thought, ‘Best she think that. That poor thing.’ My characters were three screwed up boys, with one screwed up mother,” she says. “I wanted to show that as psychopathic and disturbed as they were, they were a family. They are horrible human beings, my boys. But I created them, so they are pieces of me.”

Serra’s “Primal” is available as an e-book.