SUPERIOR, Wis. — If your summer travel takes you toward Duluth and the North Shore, hold-off on the new cuisine restaurants, fancy wine bars and brew pubs and as I-35 rolls into town instead take a right onto the Bong bridge and follow Highway 2 to Superior’s East Side.

There you will find another world, the world of Anthony Bukoski’s ghosts.

“Ghosts like me stand on the streets waiting for the old days when we were not ghosts,” Superior’s East End writer told Wisconsin Public Radio recently.

Bukoski has done for Superior’s East End what Ray Carver did for the down and out of the Puget Sound or Pete Hamill did when annexing New York for the Irish. He has brought back to life Superior’s Polish Americans and the blue-collar community from its boom days in the post-WWII era to its decline and near disappearance in recent times.

Tone and pitch are perfect in Bukoski’s writing. His voice is heartfelt, but never mawkish, and through his work Superior’s East End’s past is not forgotten.

He writes of a town where there’s plenty of emptiness to go around.

A century and a half ago, whoever laid out the city grid for Superior made sure that there would be plenty of room in the town for loneliness.

The city limits comprise an area roughly equivalent (minus a square foot or two) to Minneapolis and a population of about 27, 000. Any resident of Superior enjoys a lot more elbow room than any of the 383, 000 of us who call Minneapolis home. The town loses any fiction of population density as you drive away from the old shipyard and worn downtown and follow E. 2nd Street to Superior’s East End, where deep set- backs separate one house from another and blocks of vacant fields isolate each section of the neighborhood from the next.

To get there, don’t waste your time looking through tourist guidebooks. Some places are too lonely even for the Lonely Planet. The official web site for Superior wants to send you to the city’s 36-hole golf course or Barker’s Island Marina. The state of Wisconsin omits the East End from its list of “tourist destinations.”

If you want to go, don’t call Superior’s Chamber of Commerce, forget about the Wisconsin Department of Tourism, chuck the travel guidebooks and let any of the five books of short stories published by Bukoski  take you back to the lost world of a Polish-American community.

Bukoski’s career as a writer started inauspiciously. As a student at the University of Wisconsin-Superior, he was the editor of a student journal. “Even though I was the editor,” he recalls, “my stories were so bad that I rejected them.”

He loves to tell the story of one of his first publications. One story was rejected 28 times. It was accepted on the 29th submission. The editor sent him a $5 honorarium with an attached note asking Bukoski to please return the money in payment for a subscription to the journal.

At last, his time came around. The then -St. Paul- based New Rivers Press published his first book, “Twelve Below Zero”  (1986). From 1993 to 2008, Southern Methodist University Press (SMU) published his next four books. In 2008, Holy Cow! Press reissued “Twelve Below Zero” and, this year, “Time Between Trains” (originally published by SMU in 2003).  A collection of Bukoski’s fiction, say, a “Selected Stories of Anthony Bukoski,” is long overdue.

Not all of his characters are Polish. Not every story takes place in Superior. The city’s East End is actually an ethnic mix of European and Native Americans.  Never mind. “I claimed it for Poland,” Bukoski admits. 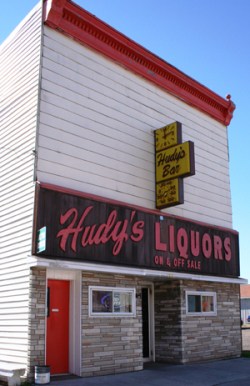 He is at his best when a winter wind from the lake punishes the streets and he draws you into the characters of the Polish Club. Join them for either of the two bar tours of Superior  —  the “going- round- the- horn” ritual that pays a call at Hudy’s Polish Palace, the Warsaw Tavern, the Dirty Shame Saloon and the other Polish bars on E. Fifth Street or the more daunting “Death March” that stops for a beer at every bar on downtown’s Tower Avenue.

In Bukoski’s town, the bars have two Happy Hours: 6 to 9:30 for the night shift and 4 to 6:00 p.m. for the day shift. Dr. Kielbasa, the Wally Na Zdrowie Trio and the World’s Most Dangerous Polka Band rattle the floors and walls of the Thaddeus Kosciuszko Lodge. A simple piety and spiritual comfort reside in the Church of St. Adalbert. At least, things used to be that way.

The Chamber of Commerce would rather Bukoski got on message with its new, upbeat branding. For Bukoski, a disarming lack of pretense gives the city its character.

I first met him at a trendy café that aspires to grow a skinny café latte crowd in Superior.  Picking up a bottle of Perrier, Bukoski said: “It’s absolutely ridiculous to have a bottle of water like this in Superior.”

His characters give new meaning to the words heartbreak and failure. It takes more than Perrier to ease their troubles.  “Everyone living in the dirt and wind here,” Bukoski writes in the story “Dry Spell” from “Polonaise,” “is left over or hung-over — from a business that failed, from a marriage that failed, from a church that closed, from a drinking bout, from general unhappiness.”

The all-too-general unhappiness of fathers and sons takes on a particularly Polish twist in Bukoski’s most autobiographical and heart-rending story – “The Report of the Guardian of the Sick” in “North of the Port.” Pete Dziedzic, a marine, has returned from Vietnam (Bukoski, an ex-marine, served in Vietnam) to resume an emotional war with his father. Al Dziedzic doesn’t care if his son is one of the few and the proud.  As far as Al is concerned, a kid who can’t clean a bathtub right, who doesn’t appreciate the Chmielewski polka band on TV, and who skips mass at St. Adalbert’s is a “dupa”(check Google Translate) of a son.

Silence often speaks louder than words. Al doesn’t tell his son that a lifetime of working in the flour mill has seriously damaged his lungs and crippled his back. Let the “dupa” learn about it from a report at the Polish Club or from his mother. Outmatched, the son is resigned to stay with the father “until they both died of the wounds that had been inflicted over the past twenty years.”

Not every Bukoski story is meant for tears. “Antoni Kosmatka Resists the Goddess of Love” in “North of the Port” opens with the sentence, “The morning after he’d ogled the striptease dancer, Mr. Kosmatka received a copy of the city’s Shaming Ordinance” — and  tries to keep a straight face as it follows the elderly Kosmatka’s amorous pursuit of Miss Nude Poland who performs in a Duluth striptease joint.

Polish Americans suffer many slights. America’s political correctness has granted an easement on making Polish jokes. The popular media does it with impunity.  Polish-American writers are not part of the “canon” of the English Departments of America.

The Catholic Church historically treated its Polish Faithful with condescension and, more recently, embarked on its own brand of “ethnic cleansing.” The “ethnic parishes” —  a code phrase for the urban Polish and East European Catholic churches — seem to be the first to go on virtually every bishop’s or diocese’s list of parishes to close.  Last month, for example, the Vatican denied the appeal of Holy Cross Parish on Minneapolis’ Northeast Side and left this gem of religious architecture and spiritual heart of the city’s Polish community on the Archdiocese’s chopping block. 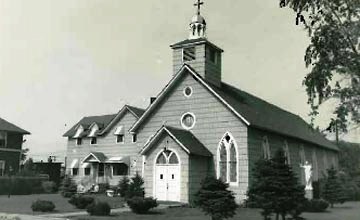 Bukoski has seen the story of Holy Cross before. In 1981, the Diocese of Superior announced the closure of St. Adalbert’s. Founded in 1909, St. Adalbert’s — its church, school and the rectory – was a landmark that stood at the intersection of 23rd Avenue East and East Third Street and proudly claimed the East End for Poland.

Bukoski’s father, Joseph, who, like the fictional Al Dziedzic, worked in the flour mill, served on the parish council of St. Adalbert’s, and had a testy relationship with his son, wrote an appeal to the bishop.  “Three generations of families have had their spiritual needs fulfilled in this little church which we cherish,” his letter began. He got to the point:  “ we respectfully reject the idea that national insularity is represented in little churches such as ours.” 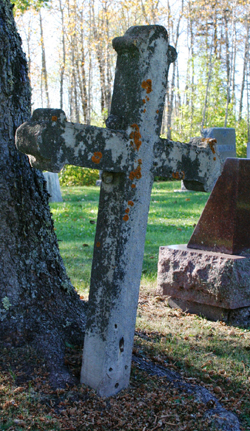 The eloquence and piety of the letter in itself should have convinced the bishop that St. Adalbert’s was performing a much needed service to working- class, Catholic Superior.

The bishop did not bother to reply.

The end came slowly. First, the school went. The church was next. Last fall, 30 years later, a wrecking crew tore down the old rectory of St. Adalbert’s. The workers took their time giving themselves a few days to rip off the clapboard siding piece by piece, next to demolish the frame and interior, and, finally, to reduce the pastor’s home to a few dumpsters of trash consigned to a landfill. Standing on the sidewalk, an old-timer from the parish’s better days watched and wept.

Today, not much is left of Bukoski’s old neighborhood. Hudy’s is still there on E. Fifth St., a couple of blocks away from where St. Adalbert’s stood.

Stop in for unhappy hour at the bar.