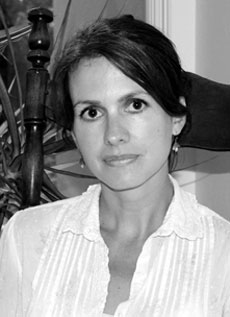 Amy Leach has been compared to Dr. Seuss, Shel Silverstein and Emily Dickinson for her remarkable writing style, which is playful and wonderfully weird while doggedly rooted in the unfanciful earth sciences. Her work is either timeless or out-of-time, and wholly original.

Leach’s first book, “Things That Are” (Milkweed Editions), is a collection of essays — or long-form poems, depending on your perspective. Its topics range from the physical to the metaphysical, as she examines things like fish, sea cucumbers, plants and stars from their perspectives, or that of their neighbors, from their place in legend or in science.

Are rodents religious? What do trees dream about? Leach has given these matters considerable thought. The writer, who teaches college English, is also a bluegrass musician. Her short piece, “God,” is set to music by John Wesley’s Band for a book video, gorgeously illustrated by St. Paul artist Nate Christopherson.

She’s moving to Bozeman, Mont., from Illinois, stopping first in the Twin Cities to play and read. She answered a few questions for us — although in doing so, she raised some new ones.

MinnPost: Nature has such a big presence in your work. How you do like to experience the outdoors?

Amy Leach: I have a favorite ferny bog in Indiana, I love swimming in Lake Michigan, and there is a bike trail that follows the forest preserve in Chicago — these are some of the places I will remember best after I die. 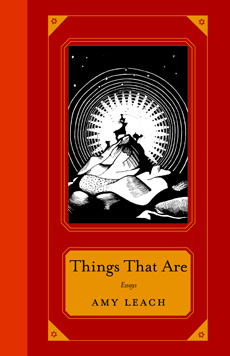 MP: You balance imagination with hard science when writing about the natural world. What kind of research do you do?

AL: I use a combination of library books, dictionaries, encyclopedias, websites, experience and imagination.

MP: I suspect your writing process is unusual. How does a subject — a star, a plant — unfurl into a work of writing for you?

AL: At first I act as my own sixth-grade teacher, assigning myself an arbitrary subject to write about, like cabbage. Then I will research and read and write about cabbage, abandon cabbage for mildew, learn about mildew, which leads me to the fascinating subject of pea tendrils.

MP: You’ve been widely compared to Emily Dickinson. What’s your take on that?

AL: I had never read Emily Dickinson until I went to teach literature at a college where I was not supposed to teach fiction. So for American literature we read so much Emily Dickinson, and I came to adore her absolutely. I do think we may be influenced by some of the same books, but mostly I am just honored to be on the same planet as her.