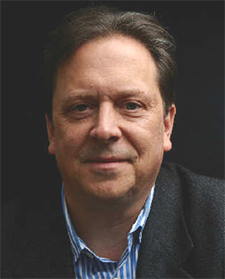 In 2009, the motorcade of newly inaugurated President Barack Obama stopped at the corner of Pennsylvania Avenue and Sixth Street in Washington, and the president stepped out to walk among the cheering crowd. It was a remarkable moment for so many reasons, but perhaps only one person watching understood the significance of that particular corner.

In the 1830s, a business called the Epicurean Eating House stood on that spot. It was the first restaurant in the young Washington City, and one of the first in the United States. It had an elegantly appointed dining room, and a menu stocked with delicacies such as oysters, green turtle soup and West Indian jellies. And it was owned by a successful, intelligent, well-liked and free mixed-race black man named Beverly Snow, who mingled with the most powerful white men of the day.

“I had gone down to watch the speech earlier in the day, then on the way back, I stopped to watch the motorcade on a TV in a store. When they stopped at that corner, I said, ‘Yes! That’s where the restaurant was!’ Nobody knew that, Obama didn’t know that story, but I knew it so well,” said Jefferson Morley, who was then finishing work on his book, “Snow-Storm in August: Washington City, Francis Scott Key, and the Forgotten Race Riot of 1835,” out now.

In 2005, as a reporter for the Washington Post, Morley had written a story about a historic preservation dispute involving a house from the 19th century.

“I started reading about the history of Washington to understand the story,” Morley said in an interview on Wednesday, “and I noted two very interesting things: There had been a race riot there in 1835, and the district attorney of the city of Washington at the time was Francis Scott Key, who wrote ‘The Star-Spangled Banner.’ I asked around the newsroom, and no one knew about this. I realized there was a story there. What I discovered after writing the article was a much richer, deeper, more complicated and dramatic story than I ever expected.”

Morley delved into Washington’s National Archives and sifted through court dockets, tax records, newspapers and diaries, and three people rose to the surface. Key, who held a much greater influence over the lives of his neighbors than is generally recognized today; Beverly Snow, who was part of a vibrant and successful community of free black people in a city that was also teeming with slave traders; and Arthur Bowen, a mixed-race young slave who very likely was the son of his owner, Dr. William Thornton, who designed the U.S. Capitol building and many other landmarks in Washington. In August 1835, these three were swept together in events that culminated in a riot, as a destructive band of white men rampaged across the city in a night that set the stage for the Civil War. 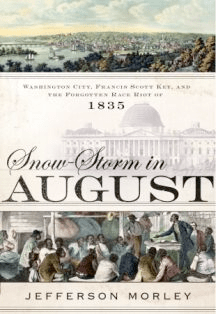 “I was determined to illuminate this very important moment in American history, but I wanted it to read like a novel, not read like a textbook, like synthesized history,” says Morley, who unfolds the tale with direct quotes taken from diaries and newspapers of the day. It’s an engaging, often riveting read.

Morley, whose father, Tony Morley, was an editorial writer at the Star Tribune in the 1980s, grew up in Dinkytown and attended Marshall High School in the 1970s, where his future as a writer came into focus.

“I was very lucky to fall under the influence of a great writer, Paul Gruchow. He was running a magazine for students at Marshall, and I worked with him there, and later went to work for him at the Worthington Daily Globe. It was my first journalism job,” says Morley, who went on to write for the Washington Post, New Republic, The Nation, Harper’s Magazine, and the Minnesota Independent, among other publications. “Having Paul Gruchow as a mentor was incredibly important. He was so thoughtful, encouraging, a very good editor, and he pushed me to be a writer.”

Morley has now left journalism to focus on writing books on American history. His first book was “Our Man in Mexico: Winston Scott and the Hidden History of the CIA,” and he is working on a third, about the CIA’s activities surrounding JFK’s assassination, due out next year for the 50th anniversary of those events.

“So often, what we know about figures in history does not reflect the realities of their times, or has been reshaped by future perspectives. There is a monument to Francis Scott Key in Washington and it says, ‘He was active in the anti-slavery cause.’ But in reality, he was active in suppressing the anti-slavery cause. We don’t want to teach that to our kids and remember it as a society, but that is our history. We should know it and teach it,” he says.

“The reality is important, because it shaped our country and helps us understand our society today. That’s why [the events of 1835] were so fascinating. To me, the individual movement for American freedom starts right here, with lawless white rioters rampaging over the success of free black people. This is the struggle that will culminate in the Civil War in 30 years. Here we see our country taking shape, the red-blue dynamics that we see in our politics today arose in those days over the right to own people, and the features of that conflict are still with us.

“We see that in the backlash against Obama and the persistence of hostility towards successful black men. There is this ingrained hostility to African-American aspiration that goes back to Beverly Snow and his restaurant. Today, maybe 1,000 restaurants in Washington are black-owned. But the issues that arose in those days continues to influence society and politics, and they haven’t been resolved, in part because we have forgotten this part of our history.”