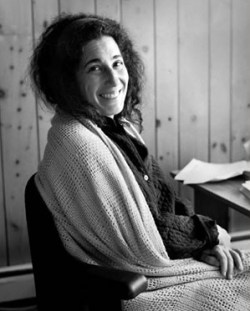 There’s something to be said for research. Most writers don’t do enough of it — such as Jonah Lehrer, who somehow didn’t think that legions of rabid Bob Dylan fans wouldn’t notice if he made up a few things. Bad idea.

Taking the time for due diligence usually pays off, although some writers take it to extremes. Danielle Sosin decided she couldn’t properly research the North Shore from afar, so in 2003 she relocated to Duluth to write her novel, “The Long-Shining Waters” (Milkweed Editions).

“The move was going to be for just one year. I wanted to have the lake out my window, and to push myself toward more focus,” she says. Her acclaimed look at life along Lake Superior in three different centuries ended up taking eight years to write.

“For nearly a year I kept a restaurant job in Minneapolis and would drive back and forth every few days. Eventually, the back and forth made me feel too scattered. So I found work in Duluth as a landscape gardener, then later I found a little sweet old house, a great man, and a kitty cat, too. I came for a year, but I never left.” 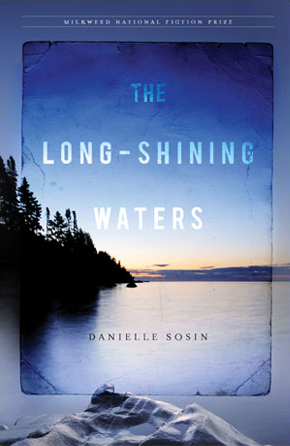 Sosin tells the story of Lake Superior through three different women who lived along its shores, an Ojibwe tormented by ghosts in the 1600s, a Norwegian left a widow by the big lake in 1902, and a bar owner who takes the road less traveled to the South Shore in 2000. All three are fiction, but Sosin connects them all to the history of their times and to the big lake, a constant presence in their lives.

Her research included a considerable amount of time in libraries, museums, and historical societies. But still documents and images were not enough. “I conducted interviews, went herring fishing, drove around the lake, talked to barkeeps and sailors, and paid a lot of attention to my own experience of being on and near the water,” she said in a recent interview. You can’t find that in a museum.

She feels that to experience Lake Superior is to tap into something deeper than its waters, and to understand that well enough to write about it, she needed the lake in her life every day.

“Lake Superior has a particular feel. I call it juju for lack of a better word. People call it magnetic, haunting, and mysterious. The novel is my attempt to explore the lake’s juju,” said Sosin. “The book is based in the idea that Lake Superior is holding its history. I mean this literally, as in all that lies at the bottom of the lake, but more importantly, that the lake holds its history in a watery subconscious way, so that everything that has happened on and around its shores is held in the waters. It is the presence of the lake’s past that cause Lake Superior’s juju.”

The book has a strong resonance for people with deep roots in northern Minnesota. Hinckley-Finlayson selected it as the 2012 Community Read, and Sosin has been taking the book on a reading tour, finding readers all around the lake in the U.S. and Canada. And the research continues: Now readers bring their stories to her.

“So many people feel strongly connected to Lake Superior, and after every reading, people come up to tell me about their ties to the lake, or their family ties,” she said. “What amazes me is not so much the individual stories, it is the look in people’s eyes, and the unspoken acknowledgement of their powerful connection with the mystery that is Lake Superior.”