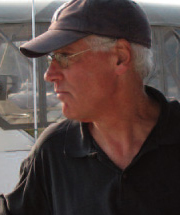 Everybody has a story, and thanks to custom publishing, anybody can write a memoir. And most of these books will be terrific keepsakes for the writers’ relatives. At first, as I began David Butwin’s memoir, I thought I’d be dipping into one of those books — charming, but for a limited audience. This one was different, though, and I kept reading.

There are a few people out there who will remember David Butwin’s byline, which appeared in the Minnesota Daily and the Minneapolis Star in the late 1950s and early 1960s. Others will remember Butwin Sportswear, a downtown St. Paul men’s clothier, owned by Butwin’s uncle.

Butwin himself seems to remember just about everything from his years growing up in St. Paul, and his memoir, “A Minnesota Kid: In Search of Heroes and Ghosts,”  vividly describes life in St. Paul from the perspective of a boy growing up in the Highland Park neighborhood. He describes an era that has largely faded from public memory, the quiet years after World War II and before the Vietnam War and social unrest of the late 1960s.

Butwin was born in 1939, and his boyhood memories center on streetcars, Camp St. Croix, the St. Paul Winter Carnival, and the St. Paul Saints.

“I nearly called the book ‘Is That Game Over Yet?’ because my mom said that so many times to me,” he said in an interview. “Sports were my absolute passion, and it was wonderful to track down the stars I admired back then and interview them for this book,” he said.

A lively era for newspapers

He was also a bookish kid, the son of the owners of Bookhunters, a Dinkytown bookstore, and so sports writing was a natural fit. Butwin paints a rich picture of newpaper life in the days when the Twin Cities had four dailies and published twice a day. He worked as a gofer at the Dispatch & Pioneer Press, became the sports editor at the Times newspaper of St. Paul Central High School, and as a U of M student he covered sports for the Minnesota Daily, where he recounts Sid Hartman looking over his shoulder, trying to scoop him.

“And I looked over his shoulder, trying to scoop him too,” Butwin said. “I didn’t really know him well, and I didn’t think he was a great writer, but I think everybody knows that. But he has his contacts, a Rolodex like you couldn’t imagine.”

After college, Butwin landed a job at the Minneapolis Star, first on the sports desk and then on the city beat, and he began to leave sports aside for the dramas that played outside the stadiums.

“I covered a number of crime stories, and those really stuck with me. Even growing up, I was always fascinated — and horrified, of course — by murders, perhaps beginning with the Geraldine Mingo case,” he said, referring to the 1948 murder of a 17-year-old baby-sitter in Highland Park. Years later, Butwin covered another killing in the neighborhood, the infamous hired murder of Carol Thompson, by her husband T. Eugene Thompson. (He revisited the case again through William Swanson, author of “Dial M: The Murder of Carol Thompson.”)

Although most of Butwin’s memories are good ones, the stories make it clear that these quintessential good old days were not, in many ways. Butwin recalls anti-semitism in the Twin Cities, interviews a Japanese-American track star who spent his childhood in an internment camp before moving to St. Paul, and notes the numerous ways African-American classmates and sports heroes were mistreated in the pre-civil-rights era. 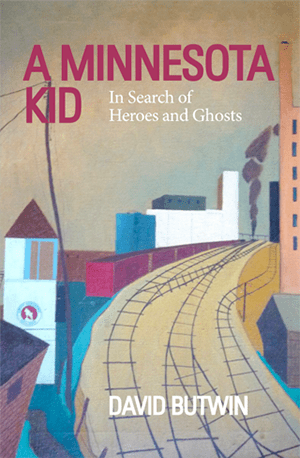 “I grew up in a pretty liberal family, and we always felt close to the other minorities,” he said. “I’m actually pretty apolitical, but it was clear that underneath the surface, there were always injustices, bad things happening to people.”

In the book, he recounts going to three bars with a mixed-race group of friends before they found one that would serve them. “The people I hung out with were pretty good about race and all those sorts of things; we just carried on,” he said.

Despite these dark interludes, Butwin clearly loved growing up in the Twin Cities, and his book is an homage to mid-century Minnesota. It ends in his early 20s when he left the state for a newspaper job in Honolulu. He spent four years there, then worked for the Christian Science Monitor, the Saturday Review, then spent the bulk of his career as a free-lancer, writing for Esquire, Sports Illustrated and Gourmet. He now lives New Jersey.

“My hearts in Minnesota but my body’s not. It’s just the way it happened,” he said. “But I come back and visit. My sister is still here, and I love to see my friends, the painter Leon Hushcha, the Wisconsin artist Don Gahr. I walk the old neighborhood. The elm trees are gone, the area is much more diverse, which is good; some things have changed, but overall it’s the same. It has a wonderful feel.”