If anybody knew where the bodies were buried, it was Augie Ratner. Called the “unofficial mayor of Hennepin Avenue,” Ratner ran the White Swan speakeasy during the Prohibition era, and later, Augie’s Theater Lounge at 424 Hennepin Avenue in Minneapolis, where he served drinks and sandwiches to the most notorious names in crime. He knew Jimmy Hoffa, the brothers Bernie and Chickie Berman, Al Capone, and numerous local and national gangsters, and he kept their secrets. Even though the genial Ratner was never a participant in their line of work, he was deeply trusted by his customers, and from behind the bar became a firsthand witness to political, criminal, social and musical history.

He was also the great-uncle of writer Neal Karlen, who grew up hearing larger than life (but truer than true) tales about his relative’s role in Minneapolis’ more notorious scenes. Augie’s burlesque club stood along the once grand Gateway District, most of which fell under the wrecking ball in the latter half of the last century in an effort to clean up the city. (Augie’s place still stands.)

In “Augie’s Secrets: The Minneapolis Mob and the King of the Hennepin Strip” (Minnesota Historical Society Press), Karlen brings back the days when Peggy Lee walked into Augie’s straight off the bus from North Dakota, when mid-century celebrities like Frank Sinatra visited Hennepin Avenue, and when the most powerful crime lords in the land checked their guns at the door when they visited Augie’s.

MinnPost: Your family’s been keeping Augie’s secrets a long time. Why is now the time to tell them?

Neal Karlen: My family wasn’t keeping secrets … they just didn’t have enough to make a book. I needed to interview as many people as I could who actually knew what was going on back when, people who had facts that I could actually verify and footnote.

I started more than 25 years ago, getting Kid Cann’s FBI files and beginning to poke around whenever I came back to Minneapolis to visit from New York. And nobody wanted to talk. Too many of the principals were still alive, those who knew what had happened totally clammed up. And then, a couple years ago, people started talking. I guess you reach an age where you just don’t care anymore — when you’re nearing death, and you know it, somehow secrets from 30, 40, or 50 years ago don’t seem that important anymore. I just got lucky in that when I started in earnest on the book, a lot of people were in that weird existential place where you know your time is limited on this planet, but you are still in touch with all your old memories — probably better than you are with what happened today — and you want to tell. 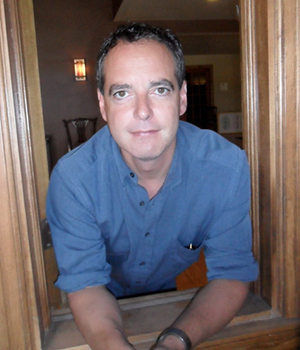 MP: Who did you interview? Are any of Augie’s patrons still around?

MP: These gangsters clearly felt safe here. Why was this such an inviolable safe zone?

NK: First, it was a place to relax, and there was no faster way to get a place shut down than have a shooting there. A lot of the gangsters lived in St. Paul — John Dillinger, Pretty Boy Floyd, Alvin “Creepy” Karpis — and their continued use of St. Paul as a cooling off spot depended on them not making trouble in the Twin Cities. Still, Augie paid homage to the need for these people to vent their anger and hyped up masculinity, which is why he made sure there was a clean, well-lighted place in back of his speakeasy where they could take it outside, and kick the s— out of each other without drawing police attention. Augie himself was a tough guy, a former boxer who served as his own bouncer.

MP: You write that the Jewish community had great shame for Jewish gangsters — until they became a source of pride. What changed?

NK: The whole notion of the Jewish gangster has undergone a transformation in a large portion of Jews. Before, these men were, as they say in Yiddish, the ultimate shanda fur di goyim — living scandals who the mass of law-abiding Jews felt ashamed of because they felt they made all Jews look bad in the eyes of Gentiles. All ethnic minorities feel that way — don’t make us look bad in front of the people in power. Bernard Madoff is one example of a huge shanda, so many Jews are ashamed of what he did, not just because he was a psychopathic greedy pig who ripped off everyone from Elie Wiesel to Sandy Koufax, but because he was a Jew who fit so many negative stereotypes of the Jew that he seemed to have walked right off a production of  “The Merchant of Venice.” 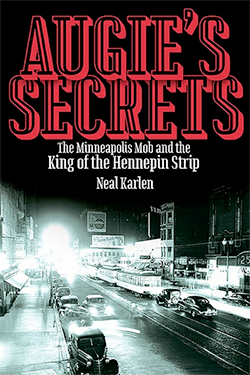 Then, things began to change. Suddenly Jews took pride in the fact that they had real tough guys in their heritage — not everyone was a nice Jewish boy who became a lawyer, doctor, or accountant. We had “Bugsy” starring Warren Beatty glorifying Bugsy Siegel; Harvey Keitel playing Los Angeles’ leading hood, Mickey Cohen; and the people portraying Meyer Lansky — my God, everyone from Lee Strasberg nailing it as Hyman Roth in “Godfather II” to Richard Dreyfuss in an HBO movie devoted just to Lansky, and of course Ben Kingsley playing Lansky in “Bugsy.” We had Hesh on “The Sopranos.”

Jews were sick of another stereotype: the weak, helpless, nebbishy Jew, the classic Woody Allen character. We wanted symbols of our own strength, and these guys represented men who were largely proud to be Jewish, and as tough or tougher than any Italians or Irish or whatever group Jews have felt like weenies around. You can even extrapolate it to Israel: After the 1967 Six-Day War, when Israel just decimated all the Arab armies in less than a week, many Jews felt a surge of pride not of the kind of “a Jew invented penicillin” or “a Jew who made the Supreme Court” — now we had Jews who kicked ass! And when people dug a little further they found other Jews willing to kick some ass, the gangsters. Jews were no longer willing to play their historic role as victims who did not fight back, and it felt great.

MP: Another gangster-themed biography, Susan Berman’s, comes up in your book, and you say there is “no telling what she didn’t put in her book.” [Berman, daughter of a Las Vegas mobster, Davie Berman, wrote “Easy Street”; she was later murdered execution style.] Are there stories you didn’t put in your book, for similar reasons?

NK: No. If I could prove a story was true and not apocryphal, I put it in. I couldn’t imagine an aging army of old gangsters, or their descendants — who now were largely doctors and lawyers — coming after me.

NK: When he put an ad in the Sunday Minneapolis Tribune asking people to RSVP if they planned to attend his funeral, so he’d know what kind of crowd he’d draw. The story went the ’70s equivalent of viral, from Jim Klobuchar to Sports Illustrated (twice, because Augie was a boxer) to Paul Harvey, the entire country. [Augie Ratner died in 1979 at age 79, outliving many of those who RSVP’d.]

Neal Karlen stirs up the mobster ghosts of Hennepin Avenue