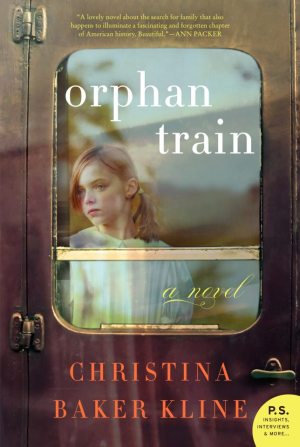 In the days before social services, birth control and easy communication with family networks, children who were lost, orphaned or abandoned by parents unable or unwilling to care for them had no place to go. In the early 1850s, an estimated 30,000 children were living on the streets of New York City, at a time when the city’s population was just over half a million — one out of every 17 citizens was a street child.

Charles Loring Brace, a Methodist minister, devised a solution: “Orphan trains” would redistribute these children to the young states to the West, including Minnesota. Between 1854 and 1929, as many as 250,000 children were herded onto trains like livestock, shipped across the country, and given away to anyone who would take them. The hope was that these children would find loving new families, and many did. But the reality was that many of these children were regarded as little more than slave labor — so much so that the pro-slavery lobby objected to the “competition.” Boys could become farm hands or work in construction. Girls could be domestic laborers. Abuse was widespread.

“Train riders often had a very difficult time when they reached their destinations. It was not an ideal solution, by any means,” says author Christina Baker Kline, who encountered this little-known episode in U.S. history in an article in a North Dakota newspaper that featured her husband’s grandfather. “I couldn’t believe I’d never heard about this major event in American history.”

Kline’s new novel, “Orphan Train,” is the fictional tale of Niamh, a 9-year-old Irish girl who is put on an orphan train after an apartment fire kills her parents and scatters her siblings. A recent immigrant, she encounters anti-Irish prejudice, is “adopted” first by a sweatshop, then by a child molester, then finally by a decent if chilly couple that prepares her for a successful life in retail. It’s pure fiction, set largely in Minnesota, but draws heavily from extensive research into real-life train riders.

“I traveled to Galway County, Ireland, and got a tour from a local raconteur named Brian Nolan,” said Kline in an interview. “I went to several New York Train Riders’ reunions in Little Falls, Minnesota, where I was lucky enough to spend time with resident expert (and train-rider descendant) Renée Wendinger. I spent a lot of time at the Tenement Museum in New York. I read dozens of train-rider stories and many books about them,” said Kline, who has also edited four essay collections and written four other novels.

In Kline’s novel, Niamh, at age 91 becomes entangled with Molly, a 17-year-old foster child, connecting the orphan train to the present-day solution to the same problem. (The modern foster system evolved in part from the orphan train experience; in 2012, more than 650,000 U.S. children were in foster care.) “We don’t have orphan trains anymore, but the issues foster children deal with aren’t that different, in some ways. They have no control over where they go; they often feel that they aren’t wanted. What is different today is that many more checks and balances exist. The train riders had to fend for themselves, in many cases. Foster children have legal advocates. Of course, the system doesn’t always work the way it should.”

A few orphan train riders are still alive, and Kline feels an urgency to get their story out to a society that has seldom discussed what happened — or what is still happening — to children without families capable of caring for them.

“Many of them didn’t remember their experience on the trains, and those who did were often ashamed of it. Even if they knew, most train riders thought that their train was the only one. Many families never spoke of it. Not until the mid-’60s, when descendants began organizing reunions, did train riders realize that they were part of a larger community,” she said.

“But that doesn’t really explain why people don’t know more about the trains now. I hope that this book will help to change that.”