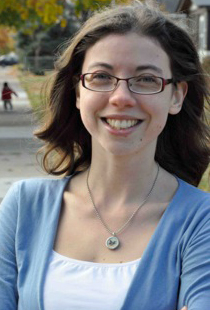 In the afterword to her novel, “Silhouette of a Sparrow” (Milkweed Editions), Molly Beth Griffin thanks her parents for raising her in Excelsior, Minn. She loved growing up in the historic town tucked alongside the big lake so much that she set her novel there — although in a version of Excelsior she was born too late to know.

Her book, set in the 1920s, includes scenes of the Excelsior Amusement Park (closed in 1975), the Minnehaha steamer boat (sunk in the lake in 1926), and a dancehall replete with forbidden beverages (Prohibition only modesty affected the town’s entertainment enterprises).

But in many ways, the town has not substantially changed. Today’s old buildings are new in her story, and the trolley went all the way to Minneapolis, but that wistful, endless summer vibe that pervades the town and makes it a tourist destination has always been there, making it an ideal setting for a coming-of-age novel for young adults.

To research the book, which has just been released in paperback, Griffin needed only to hop on the trolley, swim in the bay and walk the streets of downtown to let her imagination carry her back in time, although she did put in some dreary library hours, too.

“Unlike most authors of historical novels, I have something of an allergy to research [you can read about that here],” she said. “I made myself spend time at the special collections section of the downtown Minneapolis library pawing through newspaper articles and looking at photos. I also visited the tiny museum in Excelsior. I read books about 1920s politics, fashion, architecture, and so forth. I kept my bird book close at hand. The research that I enjoyed the most was riding a streetcar and a steamboat, and checking out every old carousel I could find.”

The heroine in her tale, Garnet Richardson, is a thoroughly modern teenager, rebelling against family expectations, learning about the world at her first job, testing a summer romance and grieving a father with war-related PTSD — just like modern teens.

Less contemporary are gender role experiences. Garnet, 16, spends the summer with relatives in Excelsior to escape and mull the matter of a marriage proposal. Her teen boyfriend is very eager to get married and support her — just like … not too many modern teens.

“My tendency was to think of the ’20s as ancient history, and I had to correct myself toward modernism fairly often. Women did work, then, and go to college, and wear pants. Things were already changing. Victorian ideas lingered in certain circles, but the culture as a whole was moving toward a more modern approach. It was later that the pendulum swung back again, and we got the 1950s housewife,” says Griffin. 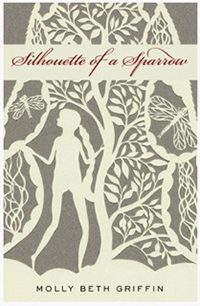 Garnet may spend her days fishing, or at the beach or carnival, but underneath the summer fun, she’s figuring out her future as a woman in confusing times. The book offers cautionary tales in the form of wives who lose their husbands, or husbands who lose their jobs, or women who never got an education and suddenly need a job.

The greatest threat to Garnet’s future is the loss of her own dreams as she contemplates supporting her mother in her father’s place. Griffin says she wrote the book for herself at 16.

“In every era teenagers run into resistance against following their passions. Whether it’s pressure to take over the family business, or pressure to get a high-status or well-paying job, or pressure to do what a parent never got to do, young people are always being directed away from their own desires. Because of the historical setting, in Garnet’s life this pressure takes the form of sexism, but I wanted the theme of pursuing your true vocation to be more universal than that.”

Another contemporary matter: Garnet’s summer love is with another young woman. The book is included on the 2013 Rainbow List, which recognizes literature for GLBTQ youth, and has been nominated for a 2013 Lambda Literary Award.

“I’ll admit, I went into this project with the goal of writing a book about gay characters that was NOT an “issue” book or a coming-out story.  I wanted it to be a love story in which both parties happened to be young women,” said Griffin. “Garnet needed to change during the story, and one of the best ways to incite change is with love. I wanted her love affair to catch her completely off guard, and force her (a basically conventional girl) to do something unconventional.  I thought, if this summer shows her she can love unconventionally, it will show her she can also break rules in other parts of her life.”

Molly Beth Griffin (also the author of “Loon Baby,” a picture book) runs the Picture Book Writers Salon, a free, public discussion event that meets at the Open Book the first Wednesday of every month.