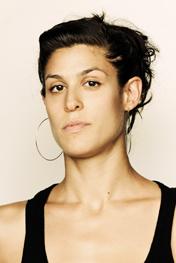 This month, Dessa, aka Dessa Darling, aka Margret Wander, will set off on a spring tour with her band, Doomtree. With Doomtree and as a solo artist, Dessa has expanded the boundaries of what people expect from rap music, in part because of the power of her smart, literary lyrics. It’s no stretch at all for her to expand into print as a poet and essayist.

This month, she launched the first of a series of “plain-language philosophy” essays in Minnesota Monthly. At her shows, stop by the merch table to pick up some Dessa or Doomtree CD — or see how her imagination sounds without the musical backdrop in her poetry chapbook “A Pound of Steam,” published by the Minneapolis-based book reviews magazine, “Rain Taxi.”

(By the way, in Doomtree news: Dessa’s bandmate P.O.S., aka Stefon Alexander, underwent a kidney transplant on March 6. Here’s to a swift recovery.)

“I admired her musician, lyricism, and previous writings for the page” — as opposed to for the ears — “so I approached her about publishing a chapbook,” said Eric Lorborer, Rain Taxi editor. Although Rain Taxi is best known as the little newsprint magazine packed with book reviews, it’s also the publisher of a series of chapbooks penned by writers who include James Tate, Paul Auster and Richard Hell.

“Chapbooks are kind of the calling card of the literary world. They give a taste of what an author is all about in a focused way. It’s an ancient form, really, very old school. And frankly, not very commercially viable. It’s about love of the form, rather than the filthy-lucre aspect … They typically aren’t available in bookstores. You buy them directly from the writer, at readings.” Or at concerts, in this case.

“A Pound of Steam” is a slim little book with just seven poems — the equivalent of an EP in the music world. But these pages are packed with art and science, whole life histories, and carefully contained turmoils of the heart.

Here are highlights from my interview with Dessa:

MinnPost: When Eric Lorberer approached you to do a chapbook for Rain Taxi, did you already have a set of poems waiting, or did you write these specifically for this project?

Dessa Darling: I’d already had a few poems written when Eric asked me about working on a chapbook together. Most of them were up on blocks, however: I’d tinker with them often, but hadn’t committed to a final draft. The Rain Taxi project gave me the impetus to complete them, and working with a real, live editor provided a fresh, sometimes stern, perspective.

MP: Your first book, “Spiral Bound,” was published by Doomtree Press. What was it like to hand some of the control over to RainTaxi for this one?

DD: I’d never worked with an editor before; I admit I was a bit defensive at first. But Eric was persistent, patient, and his ideas often helped refine my existing work. At least one of the poems, “Dear Sir or Madam,” wouldn’t have been written without him pushing me to move past the stylistic territory I usually inhabit.

MP: Has Rain Taxi connected you to an audience that didn’t know you first as a musician?

DD: I’m ridiculously proud to say that the Rain Taxi project landed me a literary agent. Working with an established literary entity definitely helped to provide some credibility and context for the work that I’m doing as a poet. 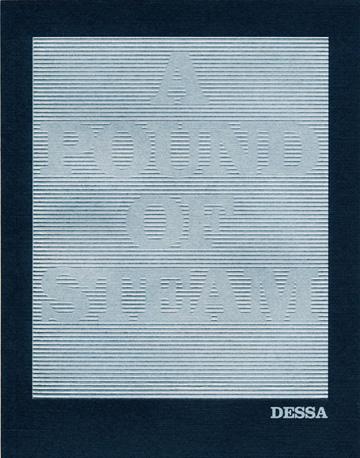 MP: What kind of experiences have you had selling your books to music fans?

DD: I wasn’t sure if music fans would be interested in my literary work, but [knocking on the coffee shop table] so far we’ve been pleasantly surprised by sales. Rap fans, like everyone else, are probably too easily narrowly characterized. In reality, membership in hip-hop culture doesn’t preclude interests in other arenas and — to be absolutely honest — I think there’s a presumption that rap fans aren’t interested in “high-brow” art, which is an unfortunate vestige of some prejudices about rappers and the people who listen to them.

MP: How do you decide if an idea is meant to become a poem, read as poetry, instead of a lyric, to be read with music?

DD: Often it’s the scope of an idea that will determine the format it lands in. Long, involved ideas need a lot of words to express. Unless I’m willing to write a 9-minute song, the idea is probably best tackled in prose. Highly imagistic ideas must either be placed in an essay or story or fare better as the fodder for a poem.

MP: Steam is a recurring image in this collection. Why?

DD: I think talking too much about a metaphor can feel a bit like explaining a joke — the thing either works or it doesn’t, commentary sometimes seem a bit extraneous. But I suppose steam works in my collection like the word “soul” might work in poems written by a religious person. It’s the elusive stuff that powers a human life.

MP: These poems host a distinct set of characters. Where did they come from? Might they show up in other work of yours in the future?

DD: I think a character often begins as a little shard of my own personality, made large. Then, to try and lend this little guy a sense of reality, I’ll model the nuances of his behavior on whoever seems most similar to him in my real life — someone I know well enough to observe the way he answers the phone, smokes a cigarette, crosses a room. Too soon to say for sure if any of the characters in the chapbook will emerge elsewhere. I tried to sneak one of them into the Doomtree record we’re working on at the moment. That verse, however, didn’t quite make the cut. So the jury’s still out.