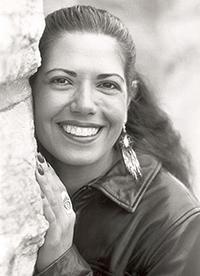 At some point, when Susan Power was deep in the writing of “Sacred Wilderness,” her latest novel (Michigan State University Press), she realized she was running the risk of offending just about everybody.

“This wasn’t my intention at all, but it’s sort of impossible to be politically correct when you talk about religions in an unexpected way. I just warn people: This is not ‘Grass Dancer,’” she says, referring to her first book.

“Grass Dancer” won the Pen/Hemingway Award for First Novel in 1996; she calls it a more “expected” look at Native American cultures, and it’s considered one of the most important contemporary works by a Native writer. Power was a lawyer when she wrote that book; she gave up all that for a career in writing. She now has four books, plus appearances in Atlantic Monthly, Paris Review, and Ploughshares, and she teaches at Hamline University.

In the new book, she mixes Christian and Native spirituality in a tale that’s more playful and pondering than blasphemous. The Virgin Mary pays an extended visit to Candace, a wealthy, dissatisfied St. Paul woman who spends her days doing Pilates and getting her hair done. It’s not just a quick vision; Maryam gets comfy in a guest bedroom, heartily enjoys some gourmet wild-foraged home cooking, goes sightseeing and shopping, and does her darndest to get Candace to understand her Native ancestry. Candace knows she has a Mohawk ancestor somewhere way back there, but the Christian and Jewish sides have dominated her spiritual education. Maryam — of all people — wants to fix that.

“Many critics immediately lump any book that seriously considers Native spirituality as ‘magical realism.’ Native writers think of that as a pretty arrogant label — and not just  Native writers. African, Central American, and others get dismissed the same way. What if you called Christian or Jewish stories ‘myths,’ or ‘magical’? People would be outraged,” says Power. “You aren’t allowed to call their sacred stories myths, yet this happens to Native people all the time. I’m trying to raise awareness of ours, so we are on the same level as others. If we only hear certain voices that are the loudest, it tips the world out of balance. I’m trying to rebalance things.”

Power was raised Catholic, but also received a thorough understanding of Native traditions from her mother, Susan Kelly Power, who founded the American Indian Center in Chicago. Through her mother’s work, Power was exposed to the teachings of elders, and developed a complex spiritual outlook. In her 20s and 30s, she considered herself an atheist — “and atheism is a spiritual path, too” — but these days she’s deeply interested in spirituality as an extension of Native culture.

“We need to be humble, no matter what our spiritual tradition is, and admit it: that no one knows. It’s madness that we fight about it, because we don’t know!” she says. A section of the book takes place in the early 1600s, when a Jesuit missionary brings about the murder of a Native prophet  in his efforts to discredit the spiritual framework of the Native people. But in the end, Power seeks redemption for him, too.

“When you think about all the horrible things that came from good intentions — the rejection of Native ways by the Jesuits, and all the suffering that followed — it’s easy to make [the missionary] the bad guy. Even as they called things they didn’t understand ‘the devil’s work’ or evil, it’s clear that sometimes, Native ways really impressed the missionaries, and they faltered in their mission. He was wrestling with what he had done. At the very least, I give him credit for being a brave dude — the Iroquois were heavy-duty people!” 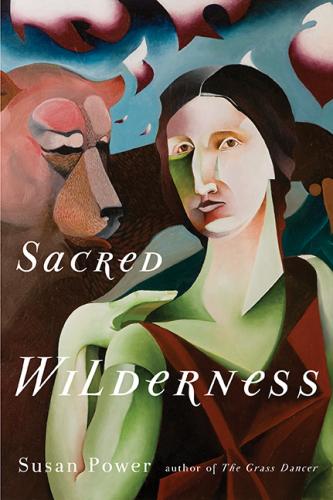 The book is also a love letter to the Twin Cities, with a rich layering of local detail. Candace lives on Summit Avenue, gets her hair done at a Juut salon on Grand Avenue, shops at Kowalski’s and Whole Foods, and attends a reading at Birchbark Books in Minneapolis, with numerous local writers in attendance.

“All the times you read something, or see a movie set in New York, by people like Woody Allen or George Plimpton, they mention this street and that restaurant and these local celebrities; it becomes this backdrop that we all, everywhere, are supposed to understand and revere. And New York is wonderful! But so are the Twin Cities. It always irritated me that only writers writing about New York could do that. I wanted to put us on the map, too.”

Those kinds of details remind the reader that this book isn’t what Power calls “Native exotica,” but rather, a contemporary tale set in the real world, that just happens to deal with some age-old questions. And it also makes the point that today, Native people come from a mix of traditions, and perhaps it doesn’t work to settle on any one point of view.

“I spent the entire year of 2006 running every single day (outdoors, no matter the weather), for about two hours. I was practicing a running meditation, where I was spreading love and compassion to all beings, starting with those close at hand, then spreading throughout the universe. This was my version of a Buddhist metta meditation, even though I’m not Buddhist. So this was a novel of stories I wasn’t just meant to figure out in terms of voice and plot, but also breathe spiritual life into via the personal transformation I was going through. This process is my life path and I can’t worry how it fits or doesn’t fit into mainstream expectations.”