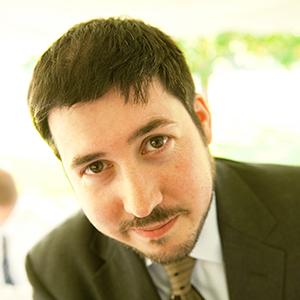 It’s goes without saying that when James Norton goes on a road trip, food is the highlight of the whole adventure. The editor of The Heavy Table has made it his mission to seek out food that goes beyond mere sustenance to tell a story about the people who made it or the place where it’s made. So when he and his wife, photographer Becca Dilley, took the Circle Tour around the entire shore of Lake Superior, he knew they’d find some memorable meals. But he didn’t realize he’d find so many people doing inspired things with food that he wouldn’t be able to fit them all into his latest book, “Lake Superior Flavors: A Field Guide to Food and Drink Along the Circle Tour” (University of Minnesota Press).

“The food scene has been going bonkers in the last five years. It’s happening everywhere, to differing degrees, and seems to be driven by two things: the radical thinking about food, such as Michael Pollan; the slow food movement; that whole earnest activist approach. But also by the Food Network, shows like “Diners, Drive-Ins and Dives,” he said. “People are realizing that eating out doesn’t have to mean fast food or chain food. There’s a good chance that wherever they live, someone is doing something really interesting or really good at a unique place that says something about where they live.”

The big lake clearly has a profound impact on those who live near it, and Norton has created a unique guidebook that encourages visitors to seek out memorable food experiences. The lake is divided into four regions: The North Shore; Thunder Bay and Ontario; Michigan’s Keweenah Peninsula; and the south shore in Wisconsin.

Norton profiles fishmongers and brewmasters, observes native food traditions, and finds farmers toiling a fairly forbidding terroir, with success. He visits the standard destinations, such as the World’s Best Donuts and the New Scenic Café, but these aren’t reviews so much as in-depth explorations of how these places came to be, and how they thrive in a region that is so heavily dependent on tourism.

Beyond the beer at Fitger’s

You probably know Fitger’s makes good beer, but Norton finds out how the sausage is made — with bacterial cultures imported from Europe. In Michigan, he discovers The Jampot, a bakery and jam-making enterprise run by a community of monks. There, you can get a jar of homemade jam made with thimbleberries, which must be carefully taken off the wild vine within 36 hours of ripening. On the Canadian edge of the lake, Norton observes the enthusiastic beginnings of a local food movement, based in beer and cheese and honey and teas.

“There are amazing artisanal foods being made everywhere around the lake, and also just a lot of simple, good traditional cooking. Like Lawry’s Pasty Shop in Marquette (Mich.) — that’s just basic fare, working-class food that gets overlooked because people around there grew up eating it all the time, and so it doesn’t seem special, even though it really is. Pasty was pretty much the original fast food, and Lawry’s really predates fast food (It opened in 1946). And pasty tells a story about the different immigrant groups that settled around the lake, because they all had a different take on it, and it tells a story about mining.”

Norton came to food writing from hard news (he was a reporter for the Christian Science Monitor), and he writes about a wide variety of non-food topics for various publications. But he’s best known for The Heavy Table, which has become an essential online guide to food and restaurants around the Midwest. With detailed, even-handed food reporting, Norton has spent the past five years building a site that is a current and thorough answer to the question, “Where should we go out to eat?”

An avocation, and an escape 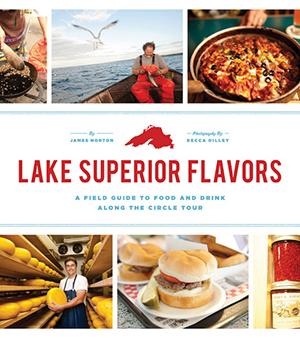 Norton has become such a trusted source of food information that he was able to publish his last book, “The Secret Atlas of North Coast Food” via a Kickstarter campaign; he raised $22,000, more than the $16,000 goal amount. He’s contemplating a similar effort to publish a collection of short stories he’s working on. In the meantime, he’s doing a lot of good cooking.

“I’m experimenting a lot with sushi lately. You can get great ingredients at Coastal Seafoods to make it from scratch. I’m not saying it’s the same thing as what you’d get from one of the masters — mine are pretty ugly-looking — but my wife and I can eat a sushi dinner at home for $15 and it’s really good. I’m always trying to perfect BBQ, this great chili recipe I’ve been working on, croissants — kind of ridiculous, complicated things, but enormously fun and satisfying. Food is an avocation for me, and it’s also an escape, as opposed to writing or words, which are so much more ephemeral.”