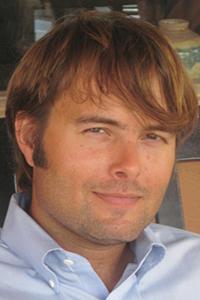 It would not be inaccurate to describe Josh Ostergaard’s first book as a baseball trivia book. But to do so would trivialize his intentions. This graceful, quietly humorous and thought-provoking collection of anecdotes probes deeply into the meaning behind each parcel of information to capture what baseball was in the days before what baseball is now. You could call “The Devil’s Snake Curve: A Fan’s Notes from Left Field” (Coffee House Press) a thinking fan’s trivia book, but it’s more than that, too.

Ostergaard, a lifelong baseball fan who was raised in Kansas as a Royals follower, weaves his own history with the game throughout a chronological series of vignettes about players, fans, owners and a country whose machinations of change are often mirrored by its national pastime. “I loved playing baseball as a kid, I love watching the game live, and reading about it — and even more, I love listening to it on the radio,” he says.

But it’s a complicated affair. For every amusing tale he tells, such as the one about the time writer Mark Twain played umpire in New York in 1887 using absurdist rules, he tells another about a fan killed by a ball deliberately thrown into the stands by an irate player. He details the antics of individual players, the eccentricities of owners, the evolution of hair (and facial hair) styles in baseball, along with telling notes about the desegregation of the game, the persistence of racism in team mascots, the time the Beatles played Shea Stadium, and strange parallels between baseball and the Cold War and the War on Terror.

For a haunting few pages, he follows the Yankees touring Japan in the years after the U.S. dropped two atomic bombs on the country. Ostergaard comes to realize that baseball as he once knew it has changed. After 9/11, he isn’t even allowed to hate the Yankees anymore — a fundamental part of his upbringing as a Kansas City Royals fan. This book shows that there’s so much more to baseball than meets the eye, for better and for worse.

Ostergaard has a creative writing MFA from the University of Minnesota and works as an editor at Graywolf Press. The book features illustrations by Andy Sturdevant.

MinnPost: In the book, you hint that this started out as a novel. What happened there?

Josh Ostergaard: Yeah. My very first attempt was at pretty straightforward non-fiction, and then that gave way to a novel about a father and son who were collecting information to prove that the Yankees were the worst team in history. My narrator had found a trunk of their belongs and research, and told the story through that. I ended up throwing 95 percent of that book away and starting completely over.

MP: So the story you told instead was about the contents of the trunk.

JO: Well, yes, in a sense it was. I guess that was the part of the story I was most intrigued by, all their research. Which of course was my research. 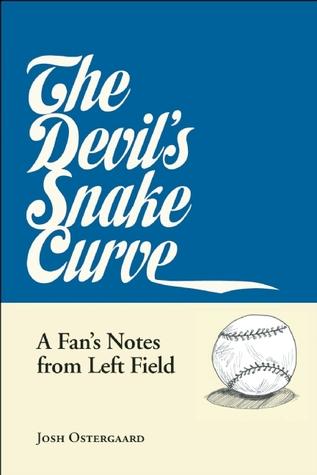 MP: Where did you collect the stories that make up this book?

JO: All sorts of places. I’ve been researching on and off since about 2005. The New York Public Library has a small but intriguing collection of material on the Yankees’ early history. Of course, the National Baseball Hall of Fame. Numerous other libraries and archives, books and albums and movies and newspaper, and especially journals, and amazing scrapbooks people made. I went to Brad Zellar’s book sale, and some of that material ended up in there too.

MP: That must have been a pretty interesting sale.

JO: It was. The entire sale was baseball books, thousands and thousands of them. I thought I might pick up one or two, but I ended up restraining myself and coming home with 15 or 16 books. It was a treasure trove for a baseball nerd like me. I picked up a 1976 Kansas City Royal’s cookbook, and later this summer I’ll be hosting a couple dinners based on recipes from there, as a kind of different way to promote the book.

MP: Your book steps away from the game at many points to make observations about the culture, politics and your own experiences as a young player. Are there particular sportswriters who helped show you how to write about the game while writing beyond the game?

JO: I admire Tyler Kepner at the New York Times. He does a nice, traditional straight-and-narrow job. [Former Star Tribune reporter and Pulitzer Prize winner] Ira Berkow is an excellent writer. Joe Posnanski’s writing was a revelation to me. He allows for fun on the page, and he allows the issues of the day to sneak in, too. There’s a weird way baseball writing ends up commenting on the culture at large, and how that bleeds into the sport. So in my book, I was able to follow the trajectory of baseball history along with U.S. history.

MP: Along with that comes some disillusionment. As your book progresses, it seems like you become more cynical as a fan.

JO: Yes. At first, I thought I could write a book that just discussed baseball, but my own relationship with the game has been so altered by the way it has aped certain elements of the culture that I decided I had to discuss that, and locate it where you couldn’t avoid it. I guess the subtitle signals that there’s a somewhat lefty perspective. Since 2001, there’s been such an almost nationalistic, right wing takeover in baseball. It just dominates the game. There’s always “God Bless America” at games — that didn’t used to be there. Baseball teams wearing camo uniforms, religious overtones and war themes everywhere. It’s become this huge business with powerful marketing arms pushing this hypernationalistic message. I found that I couldn’t just enjoy the game, without having all this aggression rubbed in my face. It’s made me lose interest in pro-level baseball.

That hits directly to why I wanted to write this book. I was never politically aware or active growing up or in college. I just didn’t pay attention. But after the 2000 election, and in the lead-up to the wars in Iraq and Afghanistan, it started to feel frustrated that I couldn’t go about my daily life as an American without doing harm, without playing a part in this soft violence of everyday life. That’s part of why I started riding my bike everywhere; I didn’t want my gas money to support these unfriendly regimes or our wars against them. By 2003, it was so obvious to anyone that there were no weapons of mass destruction in Iraq and that the whole war was a big ruse. Yet we were powerless to stop our government from embarking on this very costly war of choice. At that time, I was working at the Field Museum in Chicago, and they had this exhibit about baseball called “Baseball as America,” which just pumped up America as this virtuous and healthy place, and I found it impossible to reconcile what was actually happening in this country with this simplistic view that put sports above all else — when baseball or sports isn’t just a pastime but the only thing people care about.

MP: So this book, in its focus on the past, gave you a chance to return to the baseball you love.

JO: In a sense, yes. Because there really is a lot I love about the game, and it was amazing to look into the archives, to read all these charming notes tucked in scrapbooks. And the people were so distinctive. There’s Art Shires, who played for the White Sox and was also a boxer and a poet. I also love stories about George Toma, who was the Royals’ groundskeeper in the 1960s and ’70s. He would do things like adjust the pitcher’s mound, make it softer to put the other team at a disadvantage. He wasn’t even on the team, but he played a big role in the game. All the weird people, and weird ways a team would try to win — those are the kind of stories I love.

Stay tuned via Ostergaard’s Tumblr for dates for the public dinners based on the 1976 Kansas City Royals Team Cookbook, summer 2014.