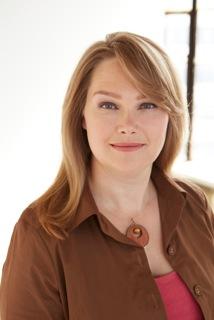 Minnesotans get weirdly giddy about our farmers markets. Maybe it has something to do with the fact that we’re thrilled to see that something besides icicles can grow here, or maybe because many of us are just a generation or so away from our agricultural roots. Or maybe we’ve discovered that fresh, local produce tastes worlds better than the plastic-wrapped substitutes that get shipped here from far away.

Food writer Tricia Cornell has always paid attention to flavor. Her family kept a massive garden and put up vegetables every year. Home-cooked food was a given, and cooking was a fact of life rather than a DIY experiment. “We were taught that if you liked something, you could make it. When I left home and started cooking for myself as an adult, I was exposed to cuisines we hadn’t had at home and I realized I could make those things, too,” she said.

Cornell’s food writing appears on the Heavy Table, and her first cookbook, “Eat More Vegetables” (Minnesota Historical Society Press) came out in 2012. She was inspired to write that book in part by the CSA share her family signed up for. She needed simple, tasty ways to use that weekly produce before it spoiled. Once she tamed the box of veggies, she wanted more, and found herself at the farmers market, shopping and meeting the people who grow food in our challenging climate. That led to her new book, “Minnesota Farmers Market Cookbook: A Guide to Selecting and Preparing the Best Local Produce” (Voyageur Press).

MinnPost: What did you want to accomplish with this book that you weren’t able to with the last?

Tricia Cornell: There’s a lot more text versus recipes in this one, so I was able to go in-depth about each vegetable and talk about its origins, its uses, and how to prepare it. It’s a cookbook to read for fun as well as cook from.

MP: You also write about the history of farmers markets in Minnesota. I had no idea the St. Paul farmers market dates back to the early 1850s — before statehood.

TC: Yes, it’s true. But also, farmers markets are sort of a new phenomenon. Just since the early 2000s, we’ve seen the number of farmers markets explode. It’s mostly an urban thing, but the suburbs and outstate are starting to take notice as well. The Nokomis neighborhood is opening a new market this year. There is a real hunger for them in particular places, and those neighborhoods can make it worthwhile for the farmer. We now have at least one farmers market open every night of the week somewhere in the metro area, plus weekend days.

MP: How much of your weekly shopping is done at the farmers market?

TC: Well, we have a CSA, which we love. But we buy meat, eggs and things we don’t get from the CSA at the market. You can’t do a full weekly shop at the market, but you can get close. There’s a forced exploration with a CSA — suddenly the food is in your fridge and you have to figure out how to deal with it. The markets give you choices. For instance, the market has golden and Cioggia beets, beets with the greens on, beets with no tops at the end of the season, when the cold weather changes the flavor. It’s never the same food. Both CSAs and farmers markets are so much better than buying produce at the store, because there, you shop in a rut, and buy the same sad sack of green beans every week. You miss out on quality, freshness, and variety.

MP: Over your years as an observer of farmers markets, what changes have you seen?

TC: It’s really exciting to see what the Hmong vendors are bringing to the market. So many new kinds of greens, bitter melon, a lot of surprising things that challenge you to try something new, like mustard greens, which are a fantastic alternative to spinach or kale. I am also seeing a lot of East African shoppers leaving with these huge, massive trash bags full of greens or peppers. I wonder what they do with it all. 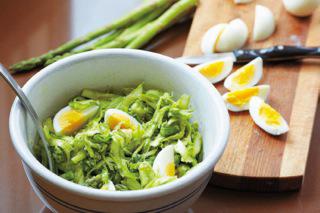 MP: You’re passionate about vegetables. You even get excited about kohlrabi, which is one vegetable a lot of people reject. Do you dislike any vegetable?

TC: To be honest, the vegetable I really hate — and I mean hate — is winter squash. I just hate it. I have been trying my whole life to like it and people are always saying, ‘Well, that’s because you haven’t tried it with blue cheese, or brown sugar, or hot peppers.’ But no. I still don’t like it.

MP: In the book, you emphasize the importance of talking with the farmers. What do you learn from them?

TC: Things are harder to grow than you might think. Some things are always at the grocery store and so you think, that’s no big deal, but when you learn about the labor that goes into bringing those things to market, you learn to appreciate their superior taste and quality. Sugar snap peas are one — they are very labor intensive, and you must handpick them at the right time. There’s a short window of time to catch them at the markets, so you’d better grab them when you see them, because they are wonderful. No comparison at all to what you can get at the store.

MP: This was a tough winter, but the markets are already open. Are you seeing any impact from the weather?

TC: We forget what’s normal in terms of winter. This year seemed harsh but it was not especially long. Farmers were able to get out there and plant at the usual time. Last year the snow never ended, so things were more impacted, even though it wasn’t as cold.

MP: I’m seeing a lot of discussion among farmers about learning how to deal with global warming. Is that impacting the markets?

TC: Farmers are doing remarkable things to extend the season and deal with the crazy extremes we’re experiencing. The level of innovation is amazing. There is a lot of experimentation going on, such as the high tunnels, which are plastic hoop houses dug down into the ground. Farmers are smart, innovative people dealing with unpredictable conditions. Some of that is responding to climate change, and some is just trying to be a farmer. 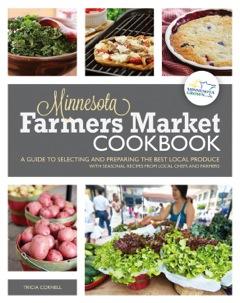 TC: I haven’t noticed the meat prices at the market being unexpectedly high, but prices are higher at the farmers market in general. You pay for better quality and taste. If you are looking at chicken that is $6 a pound, you might plan meals differently. Don’t have chicken every day of the week. Have it once a week or maybe have beans and rice one of those days. I mean that literally; we need to accept cheaper, more sustainable protein sources. This is something we are all going to be looking at in the near future — less meat will become the new reality for all of us, like it or not.

MP: Speaking of sustainability, is selling at farmers markets a viable business model?

TC: I have heard from a lot of farmers that it is hard to make the math work. Small farmers in neighborhood markets aren’t making their costs back. Some of them regard it as marketing; if they stand behind that table on Saturday morning, they won’t make money, but they will get their brand out there. For the larger operations — the things that aren’t grown here — it doesn’t matter as much. You likely don’t even look at the sign above their heads to see who they are. But our Minnesota farmers are struggling.

MP: So are we in danger of losing farmers markets?

TC: There’s going to be some shakeout. It’s something our farmers markets’ associations are going to have to look at. These folks are getting up early to pick our produce, load it up, drive to the markets and set up a table, and if they aren’t making enough to pay back their costs, we’ll lose those farmers and lose some markets. But there are experiments going on. This year, the Linden Hills market is doing a Sunday morning wholesale market, where the early hours are open to restaurateurs and wholesale buyers, and then later, the general public comes in. That could support the sales volumes needed to make this worthwhile.

I’m guilty of this myself, but many shoppers look at the markets as entertainment, a place to listen to music, see friends, and maybe pick up a bag of carrots. If we like our markets, we need to do more of our shopping there.