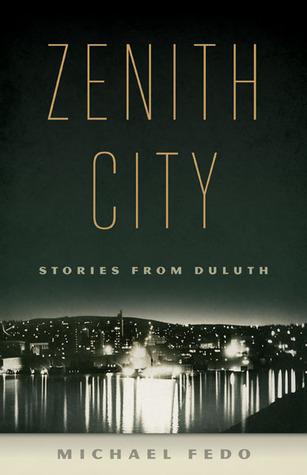 Downtown Duluth as we know it today is such an important part of the tourist mythology of Minnesota that it’s hard to remember that before the coffee shops, brew pubs and high-end outdoors stores, it was a gathering place for inebriates, ladies of the night, and broke young people looking for cheap eats and late-night amusements. But Michael Fedo remembers those days. Growing up in Duluth in the 1950s and ’60s, he accumulated a wealth of colorful memories and an eye for detail that ultimately led him to pursue a career as a writer.

His latest book, “Zenith City” (University of Minnesota Press), revisits this lost Duluth in vivid detail, bringing back a lively town populated by miners and smelt fishermen, where Pickwick was a grungy dive bar and children were warned away from the seedy old lakefront district.

It’s a colorful and often fascinating look at the evolving environment that inspired Sinclair Lewis, Robert Zimmerman, and numerous broadcasters, performers, politicians and other creative types. Through Fedo’s memoirs, a seldom-chronicled version of the city comes to rich life.

“Thanks, I think, to my cousin John, who served several terms as mayor in Duluth, the Lake Walk is magnificent. The old warehouse district down by the aerial bridge is great now — restaurants, shops, ships,” he says, remembering but not mourning the past. “Back in the day, we boys were forbidden to venture down there unless accompanied by an adult. The old Bowery district on West Superior Street is no more. That too, was forbidden, though regarding these areas, we tended to ignore parents. On the other hand, old downtown was rather exciting for youngsters — movie theaters, stores, shops — really the heart of the city. [Today] commerce, for the most part, is at the Miller Hill Mall, and downtown seems quiet now.”

Hate mail and some smelt

Fedo worked as a Minnesota stringer for the New York Times, Los Angeles Times and Christian Science Monitor, and contributed articles to other national and regional publications while working as a writing teacher; he’s devoting his retirement to longer-form journalism.

His best-known book, “The Lynchings in Duluth,” recounts the 1920 killing of three black men by a group of vigilantes egged on by as many as 10,000 witnesses. The men were accused of rape; they were later found to have been innocent. The book first appeared in 1979 (it was reissued by Borealis in 2000) and Fedo says exploring the racist history of his hometown garnered surprisingly few strong reactions, although he was quietly harassed by one anonymous reader, later identified as the infamous hate-mailer Elroy Stock.

“He felt it was his mission to mail racist material to people working for racial justice, and even folks who adopted biracial children,” says Fedo, who received a number of threatening mailings from Stock. “Some years ago he was unmasked by the press and court orders forbade him from continuing his crusade unless he signed his missives. Which he did.”

“Zenith City” briefly revisits the lynchings and the impact that act left on his hometown. But mainly the stories explore the landscape of Fedo’s own youth, a later incarnation of the city that has only been partially erased in the past 50 years. Pockets of old Duluth still stand, populated by new faces, but most of the businesses have changed. Fedo’s book brings back Sammy’s Pizza on First Street, the Pickwick (under new management, with a spiffier clientele today), the Flame restaurant, Joe Huie’s Café (the youngest child of the Huie family is Minneapolis photographer Wing Young Huie), the Chinese Lantern, Harry Silk’s Billiard Parlor, and the Place Pool Hall.

Fedo left Duluth in 1964, and now lives in the Twin Cities. “Until my father died, I still visited Duluth during the smelt run because Dad really liked to eat smelt, but was not physically up to catching them after he turned 80. I did that with my stepmother for several years.” Although Duluth is the setting for Fedo’s tales, he doesn’t regard the book as regional. Instead, they capture a moment in time. “William Faulkner’s Yoknapatawpha, Mississippi, is place specific, but the appeal of his stories is universal. Not comparing myself to Faulkner, but I think there’s a universality about the characters in my book, too,” he says, and there is, particularly in his recounting of the numerous pranks and scrapes his cohort pursued. “I think everybody likes funny stories, and there are some in this book that would be of interest to residents of Philadelphia, Jacksonville, or Carbondale.”

Still, there’s no place quite like Duluth. Fedo suspects that the physical beauty of the region is part of its inspirational influence on certain residents. “As I work, I’m not conscious of being a Minnesotan, even though I’ve lived here for more than 60 years. I don’t think ‘place’ as much as ‘people.’

“My work — both nonfiction and fiction — [is] about people and conversation. I think Duluth had more than its share of colorful people with quiddities that beg to be put into stories. I’ll always be grateful to Duluth for exposing me to so many of them.”