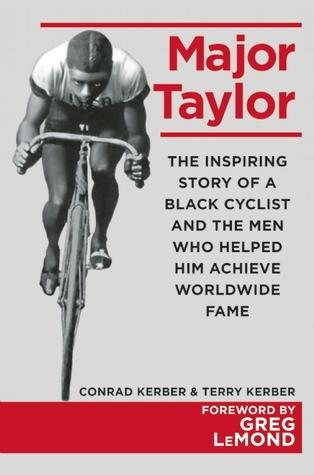 At first, all Terry Kerber wanted was a new bike. Actually, a new old bike — a bike from the dawn of the cycling age, one of those gawky big-wheelers that resemble tricycles for adults.

“I’m an avid cycler, and have always loved bikes. When we were little kids, we’d ride our Schwinns all day. Now I still love to ride my bike, and regularly do a 20-mile loop [on the trail system near Lake Minnetonka],” says Kerber, who couldn’t have made it that far on the old-time, brakeless bike he sought.

But he’s fascinated with unusual bikes and, for a long time, owned one made completely of bamboo; it now hangs from the ceiling of Floyd’s Bar in Victoria. So he got online in search of the perfect, unrideable ride, and instead happened upon a tidbit of information about Major Taylor, one of the greatest cycling athletes of the early 1900s, a young black rider who beat the odds to become a champion.

Kerber was so fascinated by Taylor’s story that he never got his bike; instead, he got a book out of that whim. “Major Taylor: The Inspiring Story of a Black Cyclist and the Men Who Helped Him Achieve Worldwide Fame,” by Conrad Kerber and Terry Kerber (Skyhorse Publishing), is a wonderfully written, highly engaging look into a lost world.

“I got a bit obsessed. His was an amazing story and he lived in such an incredible age. It’s hard to believe that world existed,” said Kerber, a senior partner in an investment firm he runs with several members of his family. When he wasn’t at work, he found himself in libraries, museums and online trying to capture every bit of information he could about Taylor and bicycling at the turn of the century. 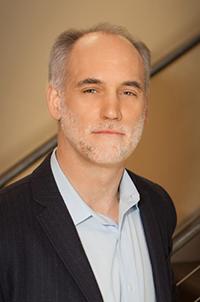 An older biography of Taylor existed, but it left out so much about the man and his world that Kerber wanted to know more. With the help of his brother, Conrad Kerber, and a team of hired researchers in the U.S., Europe and Australia, the bicycle enthusiast and his brother slowly became the world’s foremost authorities on Taylor. They knew he had a great story that hadn’t been told in almost a century.

“I found it just heartbreaking that Taylor achieved so much against such odds, and became a household name in his day — and now he’s been virtually forgotten,” said Kerber. He knew that Taylor’s triumph against adversity would appeal to many readers, and that the oddities of bicycling history would appeal to other cycling enthusiasts.

He uncovered the origins of today’s bike vs. cars road rage in earlier versions in which carriage drivers and their horses regularly ran down bicyclists. He also uncovered a fascinating cast of oddball characters, each with their own compelling story, who helped Taylor rise to fame.

In old archives, he found photos that gave flickering glimpses of life before televised sports, when fans arrived at the velodrome via horse-drawn carriage, and when ladies attended races a la Belle Epoche, in gowns, corsets and outrageous hats. It was a world that hadn’t found a way to include African-Americans, yet Taylor became the fastest man in America and an international star. 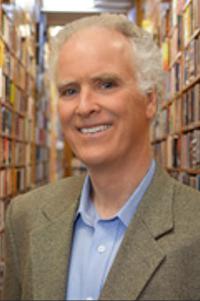 “Taylor himself was so determined and such an interesting, appealing fellow, but the people around him brought a ton of humor and levity to a story that frankly has to include a lot of terrible adversity and injustice. But you don’t have to care about bicycling, black history, or even sports to appreciate the story. It’s just simply a terrific American story. Laura Hillenbrand’s book ‘Seabiscuit’ touches on many similar experiences in the same era, and the success of that book told Conrad and me that we could tell this story and it could affect anybody.”

The book is meticulously researched and gracefully written, which Kerber credits to Conrad; the brothers shared research duties and worked on the editing process together, but Conrad took over the bulk of the storytelling duties. “No one in the family knew he had a book like this in him,” says Kerber. “He’s very knowledgeable about books, a quiet and thoughtful guy with a huge vocabulary, but this took everyone by surprise.”

The brothers devoted five years to the project, then began to shop for an agent and publisher. “We went through the whole alphabet, A-Z of publishers, and they all turned us down,” said Kerber.

The second time around, they found a publisher who loved the book — and at the same time, discovered that another Major Taylor biography was coming out, and that it had been optioned for film. They knew there was no way it rivaled their book. Kerber talked to the producer, Michael Dubrow, who had heard about the Kerbers’ book.

“He told me he couldn’t read my book or even talk to me about it, because that would be in violation of the contract he had with the other author,” says Kerber. The movie was never made, and now the Kerbers’ book is set to become the definitive authority on Taylor’s life — and thus the inspiration for any future films made on the subject.

“I would absolutely love to see this story on the big screen,” says Kerber, who believes the option has run out on the earlier book, which opens the possibility of his book being picked up instead. But he’s happy enough that his and his brother’s book will help rekindle interest in Taylor, although in certain areas, that’s already happening.

Quietly, Taylor’s been making a comeback. Major Taylor Bicycling Clubs are encouraging African-Americans to take up recreational cycling, and the Minnesota chapter, now 15 years old, is one of the biggest in the country. Decades after his death, Major Taylor still has the power to inspire people to get out and ride their bike.