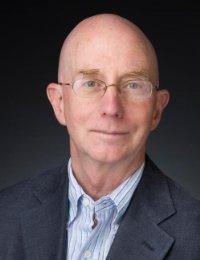 What if Franz Ferdinand had stayed home and missed his own assassination? What if the United States had not invaded Iraq? What if Minnesota had gone ahead with the planned execution of 303 Dakota men following the Dakota War of 1862? Things would have been different. The history of war is made up of steps, missteps, and decisions that ultimately determine who and how many people live and die, and how those lives and deaths shape the future for those left after the battles are done.

Author Gustav Niebuhr says the decision made by President Lincoln to spare the lives of 265 of the Dakota men sentenced to hang after the Dakota War had a huge impact on the future of Minnesota and the nation. Originally, 303 men were sentenced to die, and Lincoln commuted all but 38 of those sentences.

As it was, the men who did hang that day represented the largest mass execution ever in the United States — an irreconcilable and painful chapter of our history to this day. It’s difficult to imagine what would have happened if all 303 men had been hanged that day. There may have been a dramatic response from the Dakota and other tribes. Perhaps the course of the Civil War, simultaneously in progress in the South and siphoning off many young men from Minnesota, would have been impacted.

Instead, one man, an Episcopalian bishop named Henry B. Whipple, petitioned the president to save those lives, holding fast to the barest shreds of understanding between people who already shared land, friendships, and even blood ties.

“We are very fortunate that 303 people didn’t hang that day. … [T]hat would have been a terrible stain on American history, a terrible thing to reconcile with, and it would have destroyed the bonds that did exist between white settlers and native peoples,” says Niebuhr, whose new book is “Lincoln’s Bishop: A President, A Priest, and the Fate of 300 Sioux Warriors” (HarperOne).

Niebuhr, who is founding director of the Carnegie Religion and Media Program and a religion reporter for the New York Times, Washington Post and Wall Street Journal, first learned about the bishop while visiting Whipple’s hometown in upstate New York. The author was captivated by the story of the bishop’s life as a missionary in the early years of Minnesota statehood and followed Whipple’s trail to the western edges of the state, and the Dakota reservations where he is still remembered.

“The figure of the missionary is not tremendously appreciated or well thought of these days, especially when the condition of Native Americans is considered,” says Niebuhr. [Another recent book, “Conflicted Mission: Faith, Deception, and Dispute on the Dakota Frontier,” by Linda M. Clemmons, Minnesota Historical Society Press, explores the chasm between the missionaries’ goals and actual successes, and their frequent dependency on the people they sought to convert.]

“But Whipple acted very much for the real benefit of others. He had very strong beliefs in justice and the fair treatment of Indians at a time when many whites did not see these people even as human, or believe they had souls. But he took the time to get to know the Dakota and Ojibwe tribes, and he had a tremendous amount of respect for them. He saw such good in native culture, their lives and their community spirit, and he fully understood the injustices brought by government officials and white traders. He also fully saw dangers in the influences of the worst of white culture, and understood that his job was made more difficult by this.”

Niebuhr’s book is a character study of a unique man who “was ahead of his time, yet not of our time,” and had the ability to talk with people from different cultures and classes. He says Whipple was a “one-man movement” who is remembered as a humanitarian by the Episcopal Church. The Bishop Henry B. Whipple Federal Building, near Fort Snelling, is named after him. He was the first Episcopal bishop in Minnesota, and from the start made it clear that his parish would include both native and white worshippers. 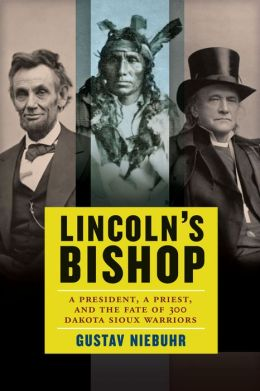 “He was remarkably consistent with his message. He understood the various groups and interests present at the time, and he recognized that American Indian policy as a whole was a failure, and it was not only failing the tribes but it was failing the settlers,” says Niebuhr.

Whipple noted that the Dakota and other tribes had endured decades of shady business dealings, as well grave mistreatment, injury and murder. In particular, he deplored the abuse and rape of native girls and women suffered frequently at the hands of white men.

In 1852, the government signed an agreement with the tribe exchanging 24 million acres of land for an annual annuity with which they bought food. In 1862, the payment didn’t arrive. Wild game had become scarce and the Dakota began to starve to death. Anger, discontent, and hunger stirred the tribes, and in August, four young men on a hunting expedition killed five white settlers and sparked a series of killings and hostage-takings across the Minnesota prairie. More than 600 white people, including armed civilians and military as well as unarmed civilians, died. About 100 Dakota warriors died during the fighting. After the war, the Dakota people were rounded up and forcibly removed from their homelands. About 25 percent of the Dakota nation died within the following year.

A response to abuse

Although widely seen as unprovoked attacks on innocent civilians, Whipple understood them as a response to decades of abuses. He appealed to President Lincoln, detailing the mistreatment of the Dakota and noting that the trials were unfair and hastily conducted, and that many of the accused actually intervened to help or save white settlers.

“He felt that government corruption caused this war. Bear in mind that this was not a monolithic attack on white settlement. There was tremendous division among the tribes, and many opposed it,” says Niebuhr. Yet the settlers regarded all Indians as the same, regardless of whether they were Christians, “blanket Indians” or “farmer Indians,” or friendly to settlers. Whipple’s efforts on their behalf were not popular.

“Things were very tense following the war. People actually threatened physical violence against him, and his chief assistant priest was badly beaten,” says Niebuhr. “It couldn’t have been easy for him to stay. Yet he felt his presence was essential to maintaining peace and protecting the Dakota in his parish. In one letter I found while researching this period, he told a friend, ‘I’m the only person who can’t leave Minnesota now.’”

“The Euro encounter with native people is a very sad story in so many dimensions,” says Niebuhr. “Yet this one figure made a difference. He was able to connect with people on all sides, and even reach a president. When we look at history, we often give all the attention to the violence. But there were many peacemakers out there, and they deserve to be lifted up.”