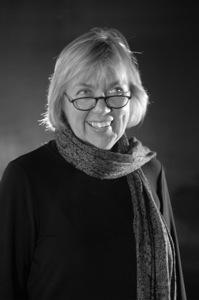 More than ore comes out of Minnesota’s Iron Range; the region has also produced a few poets. There’s Robert Zimmerman, of course. “He casts a long shadow,” says Sheila Packa, whose latest collection of poetry is “Night Train Red Dust” (Wildwood River Press). There’s 2012 McKnight Distinguished Artist John Caddy, who wrote about the area in “The Color of Mesabi Bones,” and Joseph Kaler, who was born in Biwabik and enjoyed some success as a poet before taking a job in the paper mills; he wrote about it in “Papermill” in the 1920s.

“The Range actually has an incredibly vibrant arts community, but it gets overlooked because so much attention is put on mining.”

It’s hard to ignore; the huge mine pits are visible from space, she says, and the industry heavily influences life in northern Minnesota. Yet individual stories tend to get overlooked, particularly the stories of women. Packa herself worked for MinnTac as a young woman in the 1970s, and her sister recently retired from a long career in the taconite industry. During the World Wars, when men were fighting overseas, women worked in the mines to supply ore for munitions. But outside of the archives, these women’s stories were forgotten — Packa realized she didn’t even know much about her own grandmother.

That bothered her. So she started digging, spending time at the Iron Range Research Center in Chisholm, where huge written and oral history archives preserve the memory of one of Minnesota’s most distinctive communities. She turned her research into a collection of poems about the individuals and cultures who made the Range not just a workplace, but a homeland.

MinnPost: We hear about the mining communities in South Dakota as “man camps.” Why weren’t women a greater part of things on the Range?

Sheila Packa: Mining companies recruited in Sweden, Norway, and Finland, and many people brought their families. Women were involved in every part of life on the Range right from the beginning. There were brothels, and I’m sure there was trafficking, although that word wasn’t in use yet. But there were also women working for the mines and the unions, and in the community in every part of life. During World War I, they even worked in the mines, although they were pushed out again when the men came back. Women’s contributions are often taken for granted or not given the same recognition men’s did. But in my research, I found so many incredible people. I wanted them to be remembered.

MP: What about your grandmother?

SP: She was a Finnish immigrant, and kept mostly to immigrant communities, where Finnish was spoken, and so she didn’t practice much English. She endured a great deal of hardship, had 11 children and worked incredibly hard all her life, with little reward. She and my grandfather saved up money for years to build a house, and almost immediately it burned to the ground, and they were never able to rebuild.

MP: Your poems also refer to the health problems that come along with mining. Was your family affected?

MP: Why do people stay, when life is so hard, jobs are so dangerous, and mines close?

SP: It is such a stunningly beautiful area. We have so many lakes, huge pine forests, granite outcroppings. The landscape is partially fenced off by the mines, which are enormous, but the region continues to be beautiful despite mining. I hope they can diversify the economy so not everything is dependent on mining. But the people are amazing. There’s a combination of liberal and conservative politics, a strong community spirit, a real love of the outdoors, and diversity.

MP: Is that diversity still evident?

SP: Oh yeah. I do think so. Maybe not as distinctly as it once was — 100 years ago, 40 different languages were spoken on the Range, and it was compared to New York City. There were different ethnic and cultural amenities, like an Italian district and Finnish businesses. Something like 70,000 Finnish immigrants came to the Range. Some of that has passed into history, but that Finnish sense of sisu persists — a sense of independence, thinking and doing things in a self-sufficient manner. That’s very much alive. There’s a lot of pride in what was accomplished. The Range provided the materials for the World Wars, built the skyscrapers, built the railroads, and bridges. Minnesota was known for the strength of its ore. But that changed when foreign competition came in from Brazil.

MP: That must have been frightening.

SP: Yes, it was. People don’t like to see their way of life go away. They are still fighting back. There are strikes this week to protest steel dumping. [The practice of foreign companies dumping cheaply priced steel on the market; the dumpers initially take a loss, but establish contacts and take over the market, then later raise prices.] 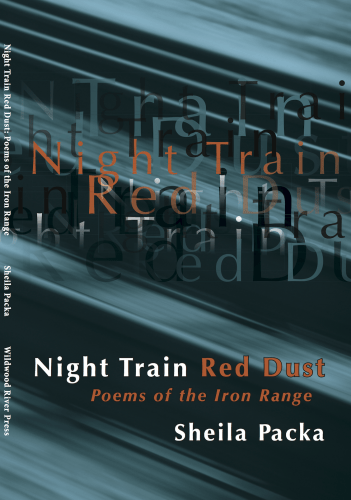 MP: Your poems refer to that tradition of protesting and striking — that’s such a big part of Range history.

SP: Right now, I think unions aren’t that popular, but I think that’s because people have forgotten how much the unions accomplished to win us a decent quality of life. My dad raised me to appreciate that, the fact that we have a 40-hour work week due to the unions, that we have safety regulations and other protections. With no oversight, corporations aren’t looking out for their workers. We saw that in the 1970s. The mine companies hired guards with guns. A union organizer’s truck was shot at, and there were murders of people who had been on strike. Sometimes we forget how important resistance is, especially when the owners live on the East Coast and aren’t part of the community.

MP: Some of these poems reflect a real sadness. It’s clearly a complicated place in which to have grown up.

SP: It can be hard to love a place where the resources are being exploited. There’s an alienation that happens. And the sense of constant danger is there — everyone knows people who have been injured in the mines. One of my high school teachers was missing three fingers, because he worked in the mines during the summer and lost them pulling cable in the taconite pit. There is a lot of self-destructive behavior. In high school my boyfriend would take trucks and run them in a demolition derby, then push them into the mine pit. There is a lot of drinking. Several of my classmates are dead.

MP: But there’s hope in this book as well, particularly in the figure and metaphor of a midwife.

SP: The midwife was an incredibly important person. Many people were delivered by midwives in the early days. And I like the idea of becoming your own midwife. You are born into a set of expectations when you live in a culture as distinct as I came from. You are expected to be a good girl, a certain kind of person, to have a certain kind of life. If you want something else, you have to be a midwife and birth yourself into a new way of being.

MP: For you, did that mean leaving the Range? [Packa now lives in Duluth, and teaches at Lake Superior College.]

SP: Yeah. Part of that was coming out as a lesbian. I didn’t feel there was enough of a women’s culture there, which I needed. I needed a more urban culture, and different things to do. Drinking was such a big part of the culture on the Range, and I needed to get away from that. Moving away was a geographic cure. But I’m not too far away. That world is never far from me, and this book was a chance to revisit the parts of it that I wanted to be sure weren’t forgotten.