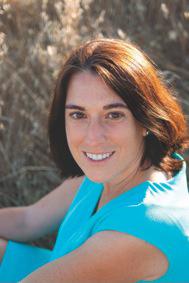 We can revisit this opinion when February comes around, but right now, while the rest of the country boils and burns, Minnesota feels just about perfect. These days of sunshine and cooler temperatures are so idyllic that people who do leave the upper Midwest dream and reminisce about them forever. Or they write about them.

Novelist Rebecca Rasmussen has lived on the East Coast, and currently resides in Los Angeles, while her husband finishes school there. Yet when she sits down to write, memories of her childhood in the Upper Midwest take over and she puts her characters where she can’t be, in the cool green woods. Her latest novel, “Evergreen” (Knopf), is set in northern Minnesota.

“I live by the freeway in L.A., and I get homesick for the Midwest, homesick for the trees,” says Rasmussen, who grew up in Wisconsin and Northern Illinois. “I think about it every day, and it’s easier for me to write my characters into a Midwestern setting because I can so clearly visualize it there. I remember what it feels like, smells like, sounds like. My writing seems to come alive when I set it there.”

Rasmussen worked in advertising as a copywriter for a year after college, then went back to school for an MA and MFA. “I knew the odds were long for making it as a writer, but I also knew I couldn’t do advertising for the rest of my life. I had a strong sense about the stories I wanted to tell.”

Her first novel, “The Bird Sisters,” grew from family stories and secrets she discovered when her grandmother passed away and Rasmussen inherited four decades worth of journals. Her mom gave them over without reading them (too painful, for now) and Rasmussen found a thoughtful, well-written glimpse of a past world she wanted to stay inside for a while.

“I think my grandmother wanted to be a writer herself, but couldn’t, because of the demands of family. So these journals were her outlet,” says Rasmussen. She also has letters her grandfathers on both sides sent home to young wives during World War II. “They are incredibly tender, sweet and articulate letters, yet sent from a place a death and misery. It’s so interesting to see how these men expressed themselves even while society was demanding the opposite in the circumstances they were in.”

A sense of place and a curiosity about the hidden nature of these past lives spurred Rasmussen to write something different from the sort of stylish, contemporary short stories her classmates were writing at the University of Massachusetts. She sold her MFA project, “The Bird Sisters,” to Crown. “I think my books are different. They aren’t historical fiction, they aren’t women’s fiction. They are family stories, about relationships and the stuff of life, and the ways we rescue one another over and over again.”

Taxidermy in the North Woods

“Evergreen” explores the notion of rescue across four generations, as a family beset with troubles hangs on to old ways of living. A young girl in Northern Minnesota is schooled in the art of taxidermy, which was practiced by her great-grandfather in Germany and her grandparents and father in the North Woods of Minnesota, where subsistence life in the woods changes very little across the decades. In each generation, women settle into this man’s world and make it their own, despite hardship and trauma. They woods are beautiful, fruitful and nurturing, and the characters are just at home in this landscape as Rasmussen has been in her own past.

“I’ve always been fascinated by the instinct for survival people have, beginning with the pioneer stories I read as a child. People have an incredible will to overcome the odds, although often with the help of others,” she says. To create the framework of the story, Rasmussen researched logging camps, the expansion of electricity services to outlying areas, woods survival skills, and taxidermy. “I studied taxidermy methods so thoroughly I am convinced I could do it myself.”

That doesn’t sound entirely loony; the demand for taxidermy may not be much different from the demand for literary fiction. As the book industry continues to reconfigure amid the sea change of e-publishing and evolving reading habits, her editor at Crown left, and Rasmussen and other young Crown authors were cut adrift. She’s grateful to have found a new home with Knopf, and she’s at work on a third novel now.

“It’s a strange time to be trying to sell books,” she says, noting that at readings, people will ask if it’s OK to get a book at a library instead of buying it, or asking where they should buy books if not through Amazon. [Crown is not part of the Hachette Book Group, whose imprints are currently locked out of Amazon sales.] “Readers are paying attention, and they care about what’s happening. People who love books are trying to figure out how to do the right thing. Life as a writer is so precarious that you never want to complain about anything, but we’re all figuring things out, writers and readers alike.”

Rebecca Rasmussen lives in the North Woods — in her novels anyway