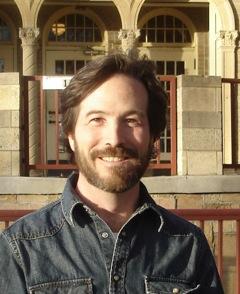 Every day is a book-signing event for Peter James Ward Richie. The Barnes & Noble bookseller and author of “Robbinsdale” (Arcadia Publishing) is available 40 hours a week at the Calhoun Village location in Minneapolis to sign copies of the book and listen to stories about his hometown. But if the story is especially juicy, or if you’d like to donate an artifact, stop by the Robbinsdale Historical Society — it’s located in what the old-timers know as the Robbinsdale Library building. Chances are good you’ll find Richie there, too.

“People love Robbinsdale. They just love it to death,” says Richie, who volunteers at the historical society and ran a Robbinsdale history blog called Nokohaha for a couple of years. (A version of it continues on Facebook.) “It was loads of fun but it took up enormous amounts of time, so I had to shut it down. But just before I did, Arcadia took notice of it and asked it I wanted to do a book.”

“Robbinsdale” is a photo-driven account of the town’s evolution from farming village to thriving Minneapolis suburb. In 1887, real-estate developer and former state Sen. Andrew B. Robbins visited the area and was so enchanted by its beauty that he purchased land around Lower Twin Lake and platted the first wave of the town’s development, which included parkland, tree-lined streets, and a 20-acre estate for himself, upon which he built a turreted 16-room Queen Anne-style mansion. (The home, now gone, is featured in Larry Millett’s “Once There Were Castles: Lost Mansions and Estates of the Twin Cities.”)

Robbins envisioned a prosperous East Coast-inspired suburb filled with wealthy and influential people such as himself and his brother-in-law, Thomas Barlow Walker (founder of the Walker Art Center). “In time, Robbinsdale too will become the home of millionaires,” he predicted. He was wrong.

“Robbinsdale has some of the same features of Edina, with a downtown main street and many charming old homes, but it’s never going to be fancy. It’s primarily a working-class suburb, and because of the size of the housing stock, it probably always will be. But things are changing,” says Richie. When he was growing up in Robbinsdale, young families were pushing out to the second-ring suburbs and Robbinsale had become a city of older people. A high school, junior high, and two elementary schools closed. But now young families are returning.

“There is a definite resurgence. [The restaurant] Travail really put us on the map, and the owners opened Pig Ate My Pizza, which also draws people in. But if you look at the tables, most of those folks live in Robbinsdale and it has a real Robbinsdale feel to it. There’s a big movement to get a food co-op started, and we’ll probably have light rail before too long. It’s an inexpensive area to live in, it’s quiet, and people are so passionate about it. We have a huge booster club, the Birdtown Club, and their motto is, “It’s Better in Birdtown.” 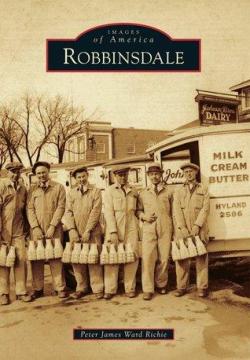 Robbinsdale schools still draw students from the surrounding suburbs and Minneapolis. Richie’s book includes photos and stories from the city’s schools, businesses, and notable residents. A blizzard, a plane crash, and numerous fires — one of which leveled a large section of downtown — give the book some drama, and Ritchie includes some fantastic stories about Robbinsdale residents.

William H. Fawcett founded “Captain Billy’s Whiz Bang” magazine in 1919, which launched a magazine and comics empire (titles included “True Confessions,” “Captain Marvel” and “Mechanix Illustrated”) before moving headquarters to New York City; Robbinsdale’s town celebration Whiz Bang Days is named for the now-defunct magazine. Dr. Samuel Samuelson, who founded Victory Hospital (called North Memorial since 1954) made the papers one day, “when a 250-pound motor fell on his leg. After hobbling into the operating room, he sewed up the cut with 20 stitches, taped a small fracture, and grabbed a set of crutches to begin his rounds. He believed that there was no sense letting a little thing like that interrupt his work,” writes Richie.

“Early Robbinsdale seems to have been a town run by women, and my favorite was probably Amy Robbins [one of five Robbins daughters]. She was so smart and such a go-getter. She graduated from the U of M and got a master’s degree, then the day the U.S. entered World War I, she dropped everything and enrolled in radio and telegraphy school. She went to France and taught soldiers how to use the radios, and when the Red Cross called for volunteers went to the front lines as a nurse. She wrote a book of poetry about it, called “Echoes of France.” When she came home to Robbinsdale she started an artist’s guild and tea house. She was really into planting trees, and planted at least 2,000 of them here, too.”

That’s one way to leave a legacy that will last for generations. Another way is to make a record of the past. At age 46, Richie is the young whippersnapper among the historical society volunteers, average age: 80-something. He’s making sure old Robbinsdale won’t be forgotten, even as young Robbinsdale gives the town a new chapter.