Do you know what your children are doing online? You’ve savvy enough to admit that it’s likely you don’t know the full extent of it. In many homes, the Internet gives kids their first taste of real freedom, as they wander down unfamiliar virtual side streets and meet new people — maybe people parents wouldn’t allow over for a play date. This lack of control leads to worry, which translates to full-blown hysteria when it’s processed by the media — or, as we call it these days, the Internet. Stories abound about young people misbehaving online or becoming victims of bullies, predators and kidnappers. And more often than not, at the center of these morality tales is a teenaged girl.

Shayla Thiel-Stern says this “moral panic” about young women is nothing new; in fact, it dates back more than 100 years, when parents and the media fretted about the popularity of dance halls among young people. Her new book, “From the Dance Hall to Facebook: Teen Girls, Mass Media, and Moral Panic in the United States, 1905-2010” (University of Massachusetts Press) posits that the real problem was not with the girls’ behavior, but with the media’s demeaning coverage of young women to titillate a perverse and judgmental adult audience. Through historical research and interviews conducted with teenagers and former teenagers, she makes a compelling case for more measured media coverage of young people, noting that the way the media treats women on the edge of adulthood sets a standard for limiting their political and social power for the rest of their lives.

Thiel-Stern is a professor of journalism and mass communication at the University of Minnesota.

MinnPost: Journalists have been trained to be more conscious about the way they report on issues involving race, gender, and older people — but perhaps not younger people. What things would you want a journalist to consider when writing about teenagers?

Shayla Thiel-Stern: I think many journalists are still fairly wary of speaking to minors in a lot of cases because they are so sensitive to maintaining their privacy and because they don’t want to represent them in a way that could bring them harm or ridicule. This is not impossible, though. Some reporters really do a fantastic job of including quotes from teens in the articles they write about them using social media; for example, Katie Humphrey of the Star Tribune and Jan Hoffman of the New York Times always include quotes from young people in the stories that they write about them, rather than just quoting experts and officials. They tell more compelling stories as a result.

MP: You seem to criticize journalists for quoting, verbatim, teen subjects using “youth slang,” saying that doing so places teen girls at the margins of society. But the emergence of slang often comes from teenagers, who may revel in its use precisely because it is their own language. Might they appreciate the opportunity to affirm their belonging to the teen world? 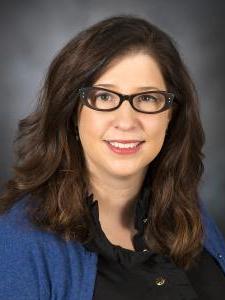 ST: There are appropriate uses of quoting sources using slang and poor English. In the historical cases in my book, the journalists were choosing quotes that tended to demonstrate the teen girls’ lack of education and taste to fit within the larger narrative of their stories. For example, the few times the young women going to dance halls were quoted included broken English and slang that at the time in history was considered a mark of their working-class background. In the stories about teen girls and Elvis where they were screaming or calling him “the most,” the reporters usually were fitting the quotes into a larger adult narrative about how youth today were so hard to understand and their taste so questionable. Most articles that adults write about their daughters’ love of One Direction still do this. It’s fun to read, but it certainly questions and minimizes girls’ taste and reinforces the trope that teen girls are silly, naïve and not to be taken seriously.

ST: The modern equivalent to the dance hall is found on the Internet and mobile apps. Right now, parents wonder about all the selfies their daughters are posting on Instagram or sending on Snapchat, and worrying about how they are portraying themselves in a fairly public space. That was definitely the worry at the time of dance halls in the early 1900s. There are huge differences between what was happening then — those teen girls were rarely in school and often supported their families; women couldn’t vote then and their political and cultural power was more limited — but the moral panic over what girls are doing in public recreational space is still very much the same.

MP: The contrast between the way white and black media have covered issues related to young women is really interesting. What was happening in society that enabled black-audience publications to take such a calm and more measured approach, while white media devolved into sexual hysteria?

ST: I’ve been thinking so much about this since I discovered the contrast, and it’s hard to look back in 2014 and guess. However, I think it demonstrates how news values can be interpreted differently — perhaps the news value of “novelty” within the white-dominated media did not mean the same within the African-American media. Or maybe because they were in a socially marginalized position themselves, black reporters and editors simply interpreted and treated the grand narrative about teen girls in a way that was less sexist and stereotypical.

MP: It’s fairly depressing to see how young women were able to participate in athletics, or “golden age of sport” decades ago, despite so many other societal limitations. (The photos you include of athletes in heavy, chin-to-ankle dresses really underscores that.) And you write about the way that was crushed. Do you think in recent years, with girls such as Mo’Ne Davis capturing notable positions in the sports world, that we’ve recaptured some of that early potential?

ST: I do! There are so many great examples of young women today who are amazing athletes who are celebrated for their work. However, some of the same issues still remain in terms of how female athletes are still expected to adhere to the expected norms of femininity or suffer the consequences — not getting product endorsement deals or even being questioned by reporters about their masculine or un-pretty style during competition. You still will read about Serena and Venus Williams’ fashion choices on the court.

MP: I’m seeing a lot more girl-positive messages and uses of social media. Maybe the media still focuses on more salacious topics, but on social media, there are viral campaigns to improve self-esteem and promote realistic body image; to raise awareness about date rape — and young women are using social media to fight back against schools that protect rapists; and there are forums that recognize girls for incredible accomplishments — for instance, “A Mighty Girl” reports daily on things such as teen girls making breakthroughs in cancer research and solar technology. If the Internet has become more powerful than traditional media outlets, how do you see society’s view of teen girls changing? 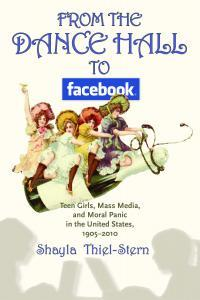 ST: I love the idea that social media allows girls (and parents and activists, as in the case of “A Mighty Girl”) to speak back to the imagery that portrays them as victims and whores. In my college course on social media, a major part of our conversation focuses on the idea that anyone can be outspoken and productive in their media use. Anyone can launch a social media campaign and reach millions of people. That’s amazing. The other piece is that social media enables the opposite effect as well. For example, some of the most vicious trolls online go after feminists of all ages for what they tweet and blog about — the best example being Anita Sarkeesian, the woman who started a Kickstarter titled “Tropes vs. Women in Video Games.” [Last month, Sarkeesian, who raises awareness about rampant violence against women in videogames, was forced to go into hiding when her online detractors threatened to rape her and kill her and her parents.] So it isn’t a completely sunny picture, but maybe there’s hope.

MP: What about teen boys? I can’t say that I see many positive representations of teenaged boys in the media, either. It’s all rapists and mass shooters, with a few rising sports stars mixed in. Did you come to any conclusions about boys through your research?

ST: I only touched on teen boys briefly in the book since I didn’t conduct research on boys, but I conducted a study a few years ago that analyzed news coverage of social media and youth, and that’s what I found: Boys using online media were represented as violent and deviant — no question.

People are often so fearful of what young people are doing online — especially how they’re portraying themselves and how they’re interacting with others. If people have one take-away from this book, it’s that they should not completely believe the picture that the mass media paints for them when it comes to what youth do online. So many of those stories are about crime or extreme circumstances, and the real stories are varied and nuanced.

If you really fear for your kids using social media, start an ongoing conversation about how they use social media — talk to them about ethics, civility, sexism, racism, their online footprint. That’s the best way to really understand what’s going on for yourself and to teach them in the process.