When journalists write books, it’s only natural that so many of them look to the criminal underworld for inspiration. John Sandford, Julie Kramer, Larry Millett and numerous other Minnesota crime and mystery writers first contemplated the misadventures of the criminal mind during their careers in the newsroom, where truth is proven stranger than fiction every day. 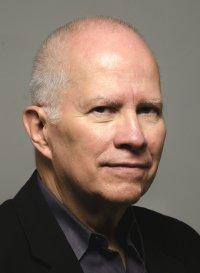 Instead of inventing stories, William Swanson prefers to revisit real-life crimes from Minnesota’s colorful past, particularly from the 1960s and ’70s. “Those were kind of my salad days, when I was coming of age as a young reporter,” says Swanson, whose books “Dial M: The Murder of Carol Thompson” and “Black White Blue” center on two of Minnesota’s most notorious crimes of that era. His new book, “Stolen From the Garden: The Kidnapping of Virginia Piper” (Borealis Books), explores the largest kidnap-for-ransom crime in FBI history.

“That crime was a little bit like the first Kennedy assassination in that a lot of people remember where they were when they first heard the news,” he said. “It was a shocking crime, audacious and brilliant.”

And it remains essentially unsolved. The people who did it? They got away with it.

In July of 1972, Swanson was a young reporter with United Press International when the story broke: Virginia Piper — the wife of Harry “Bobby” Piper, the chairman and CEO of the investment firm Piper, Jaffray and Hopwood, Inc. — had been kidnapped while gardening outside her Orono home.

A ransom note was left in the house with detailed instructions: The victim would be released in exchange for $1 million. There would only be one chance, and if a single move was not made according to the kidnapper’s specifications, the victim would not be released. The money had to be delivered the very next evening by someone closely connected to Piper, Jaffray and Hopwood. Bobby Piper volunteered to be the messenger and save his wife. Officers working on the case advised the Piper sons that they might never see either of their parents alive again.

“I’ve always been interested in crime and police work. These stories are portals into worlds I’m not a part of, filled with fascinating characters. Those small-time criminals, just guys who stole stuff — or hoods, as we used to call them — are really quite intriguing,” says Swanson. “Sometimes sympathetic, sometimes frightening. If they got caught and went to prison, they’d get into a whole separate world of criminal society. They’d make friends with other criminals, and then go to court and call their friends liars — I just find all that so fascinating, and this story is filled with those kind of guys,” says Swanson. 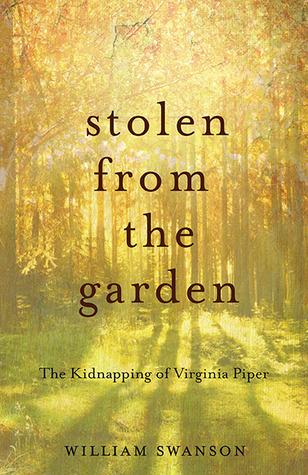 The victims were just as interesting. “I grew up in blue collar South Minneapolis, so the Wayzata country club world was pretty exotic to me. You might as well have been talking about the Kennedy compound,” says Swanson. “And in terms of this crime, you’re talking about extremely large amounts of money, which adds to the boldness of the crime.”

Bobby was private, reserved and powerful. Ginny Piper is as dignified and self-possessed a lady as ever wore a pillowcase over her head, and Swanson describes her as a spunky and rather unusual heroine who does her best to charm her kidnappers, plots a difficult and determined escape, and gracefully weathers a social landscape changed by this event.

“I’m also interested in the aftermath of crime. What happens to the victims later, or their survivors? How does this event reshape the rest of their lives? That’s an under-covered aspect of crime reporting, and something I really enjoy exploring in book-length reporting,” he says.

Swanson’s research took him into the archives at the Minnesota History Center; the offices of attorney Ron Meshbesher, who was a defense counsel in the criminal trials of the accused kidnappers (who were first convicted and later acquitted); and into the Piper family. Harry Piper, the eldest Piper son, planned to write a book about the kidnapping himself, and conducted extensive interviews with numerous people associated with the case, but his father was against it. By the time Swanson began researching the case, Harry had decided his book wasn’t going to happen, and turned over numerous boxes of research and interviews, including ones with people who are no longer living — a tremendous gift to a writer working decades after the fact.

“The family was extremely generous with their time. Tad [another Piper son] didn’t want the book at all, but he said, ‘I know you are going to do it anyway, so I’m going to help you do it right.’ I wish all sources were like that,” said Swanson. ‘They looked at my previous books and felt I would treat the story with respect. I do not write sensational crime stories. I write accurate, comprehensive, and true stories, given the sources at my disposal.”

So who did it? Despite the acquittals, the crime was considered solved by law enforcement. But theories remain. The Piper sons disagree on who they think did it, and Swanson concludes his story with an investigation of his own, ruling out a number of suspects, and speculating on a possible few others — getting into the mind of the criminal type, as he’s done many times before, as a writer. A million dollars is still out there, maybe hidden in Minnesota or Wisconsin, maybe circulating across the country, or probably long since laundered, spent, and shredded. It was the perfect crime — for 1972. In 2014, they likely wouldn’t have gotten away with it.

“Today everything is different,” Swanson said. “There would have been technologies to solve this crime, using forensic evidence. Hair from the car would have been tested, fingerprints compared to databases, DNA would have been lifted, and there would have been very little question of who did it. But that evidence was all destroyed, and most of the people involved are now dead, so unless someone comes forward with something new, we’ll probably never know.”