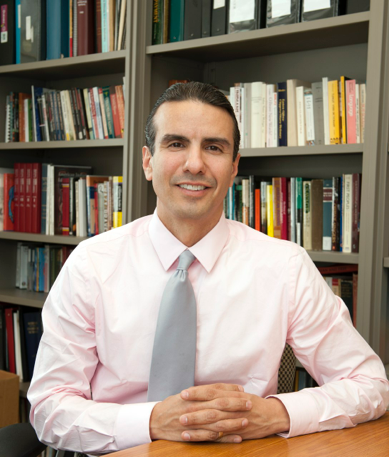 Next week, when people sit down to celebrate Thanksgiving — if they aren’t working in retail, that is — they might reflect on the beautiful friendship between the Native people and the English settlers in the early 1600s, when Chief Massasoit, Squanto and the other Wampanoag people taught the newcomers how to farm and survive on the North American continent. The part that came later, when Chief Massasoit’s son is beheaded by the pilgrims and displayed on a pike in Plymouth for 20 years, generally gets left out of the story, as is the part where 90 percent of the Wampanoag population is killed off by diseases brought by the foreigners, and the language and culture stamped out by assimilation efforts.

“Indians are frequently imagined but seldom understood, and part of this is due to the fact that our history has been sugar-coated or simply left out,” says Anton Treuer, author of the new “Atlas of Indian Nations” (National Geographic), which closely follows his recent “Everything You Wanted to Know About Indians But Were Afraid to Ask” (Minnesota Historical Society Press). “There’s a tendency to focus on folklore and food when we talk about Indians, but there’s a historic reality that’s ignored or forgotten.”

Treuer, the executive director of the American Indian Resource Center and professor at Bemidji State University, is trying to fill in the missing parts of history, one book at a time. His effort to cover the 560 different tribes that encompassed the tens of millions of people who lived in North America before Columbus arrived is an overview, he admits, because there’s no way it could be otherwise. “But I want this to be more than pretty pictures in a coffee table book. I want it to give people an idea of how diverse the tribes are, and how they are distinctly connected to their lands. And I wanted to show how the differences in their history and experience shaped their cultures, then and today.”

A modern perspective on tribes

National Geographic set Treuer up with a team of researchers who lined up photos, artwork, timelines, and maps to bring his narratives to life. He divides North America into eight major sections, and writes an overview that touches on major events and personalities from each region. That’s followed by a breakdown of the tribes, in which he takes a modern perspective, a “where are they now” look at each nation. Some entirely lost their language, while others have preserved it. Some remote tribes are only beginning to alter their cultures, while others are relearning lost traditions. Dire poverty and education disparities persist in many regions, while others enjoy gambling prosperity. But efforts to preserve tribal identity, adapted for the 21st century, are occurring across the country, in part led by scholars such as Treuer, who is a fluent speaker of the Ojibwe language. 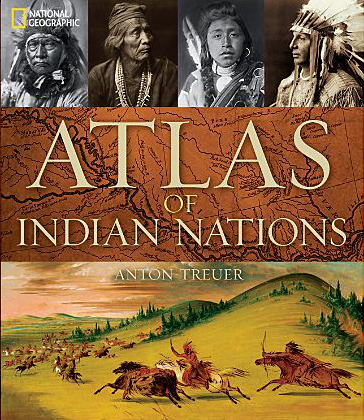 “How much can a people change and still be the same people? The English today are very different from the druids, but they are still both Englishmen. In spite of 500 really hard years, Native people are still speaking and teaching their languages, practicing their religious traditions, and passing down their culture,” says Treuer, who participates in ceremonial events and traditional food harvesting with his nine children. “I never met an elder who didn’t shake his or her head at ‘kids these days,’ and yes, the world is changing fast, but to go back and embrace our roots, decolonize our culture, is healing and empowering. It’s something I do with my own life and I encourage other Native people to do.”

Treuer sees a resurgence in interest in traditional ways as a sign of health for Native communities, and sees a growing interest in Native history among the general population as well. He’s working on projects to help educators add Native American history to the U.S. K-12 curriculum, and sees the “Atlas” as a useful tool in that effort.

“It’s really kind of weird that we educate our nation’s people on this curriculum engineered by the British. We learn more about British kings, the Romans, and animals that you might see on a safari in Kenya than we do about the famous chiefs of this land and the animals that make up our own environment,” he says. But adding these missing pieces to the curriculum is tricky; Native Americans are still waiting for their own civil rights movement.

America must examine the ugliest chapters

“In order to teach our own nation’s history, America must take a look at what happened during its ugliest chapters. We can’t heal and reconcile without admitting and understanding. South Africa went through this with their truth and reconciliation movement, about apartheid. Germany faced what happened during Nazism. Yet we have yet to do this in our own country. So we can’t teach about Indians, because, for America to look at Indians at all means we have to address things like genocide that we don’t want to talk about. We do teach about slavery and the civil rights movement, because we can say that slavery was wrong because we took the steps needed to end it. There’s resolution to that story. But we still have to take an honest look at what happened with the Native people.”

He says recent discussions about racist team mascots and Columbus Day are a step in the right direction, and when he takes the “Everything You Wanted to Know About Indians” book on the road, he sees recognition that things have yet to be settled as people better understand what happened.

“You just can’t say, ‘That was the past, let’s move on.’ It’s like if some guy cheats on his wife — he can’t just say, ‘That’s all in the past.’ He needs to admit what happened and understand how it affected her and how it affects their relationship now. And only then, maybe, there’s a 10 percent chance they can reconcile.”

Treuer’s writing and teaching fills his time, and did I mention the nine children? But he says he doesn’t want to be like so many educated Indian people who turn their talents exclusively back to their reservation rather than engage with the rest of the world.

“We look at the civil rights movement, and that change happened because a quarter of a million people marched on Washington, and a lot of them were white. If we want treaty rights and mascots to change, we need support, and that comes from understanding. We can’t go Amish and wall ourselves off from the world. I don’t go to work just to get a paycheck and care for my family, I go to work to advance the Ojibwe language and help people have a greater understanding of Native life.”