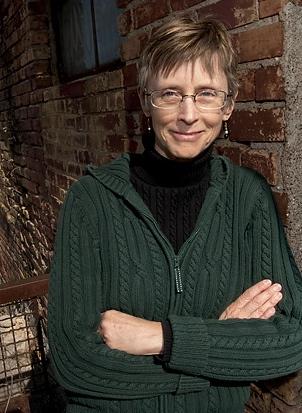 “At a recent speaking engagement in North Dakota, one man in the audience came up loaded for bear,” says Peters. “He said, ‘So. Are you for oil or against it?’ He wanted me to be simple about it. And what he really wanted to do was argue against climate change, but it was one of those many abnormally hot days in October, which he was having a hard time talking around.”

And then there’s the other side. At another event, a bicycle-riding environmental activist wanted to talk about failing cement barriers and groundwater contamination.

Will inherit rights and royalties

Peters, the author of “Fractured Land: The Price of Inheriting Oil” (Minnesota Historical Society Press), lives in Minneapolis. But she’s as complicit in the Williston, North Dakota, oil boom — and in climate change, groundwater contamination, destruction of farmland, sex trafficking, displacement of longtime residents, noise and pollution, and the whole complicated mess — as any of us are who depend on fossil fuels for transportation, food, and services. Maybe even a little more, because unlike most Minnesotans and North Dakotans, she’s in line to inherit mineral rights and oil royalties, due to her grandfather’s decision in the 1940s to buy land in North Dakota. And for a self-described environmentalist, that’s a complicated legacy.

In order to make sense of it, and decide how she’ll manage what even her mother, who is currently receiving oil royalties, calls “bad money,” Peters explores the history of North Dakota oil alongside her family’s personal history across the upper Midwest.

Not many of us really learn and appreciate what our ancestors endured so that today we can enjoy luxuries such as cable TV, artisanal pet food, and car trips to the corner market. Peters spends time with family papers as well as graveyards, museums, and small town churches to uncover the considerable sacrifices and suffering — and a few very lucky decisions — that led directly to her future fortune.

“My research had the effect of making it harder to dismiss my grandfather’s ultimate victory of getting land rights, and oil rights,” she said. “Oil booms go bust, though, and oil revenues are not the sum of what he accomplished. I was struck by the fact that the litany of tragedies and heartbreaks my family experienced are no different than any other family’s. We were lucky but also, just as unlucky, as so many other people.”

Often finds herself in the middle 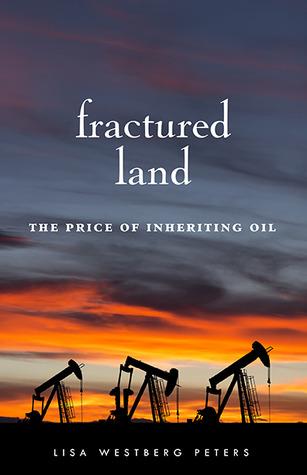 While planning an extended family caravan to North Dakota to bring her father’s ashes to rest next to one of the oil wells on his land, Peters also gets a thorough education in modern mining practices. She often finds herself in the middle between the pro- and anti-fracking camps, but she found surprising common ground in conversations with a fracking consultant.

“I think we were grateful for each other, because we treated each other with respect. He’s been shouted at by environmentalists, but I was willing to listen to him, and he appreciated that. He’s a smart guy; he’s not in denial about the problems. He refuses to work with some of the oil companies. Everyone involved in this industry recognizes that it’s not perfect and that it won’t last forever,” says Peters. They discussed an “orderly, systematic switchover” from fossil fuel to renewable energy that will leave enough oil for purposes other than fueling vehicles. “To wait until the last minute will be expensive and harmful.”

“Most North Dakotans recognize the complexity of the situation, even if they support the fracking boom. They are worried about the loss of farmland and the huge amount of water being used by the mining operations and about ground water pollution. But they are a polite bunch and it’s hard to tell what they are thinking.”

“We are all complicit in oil, whether we admit it or not. We live for the present, worry about the future, and the past gets lost and forgotten,” says Peters. “I’m hoping my lifelong habit of swilling natural resources like cheap wine isn’t just a binge for which my descendants will pay.”