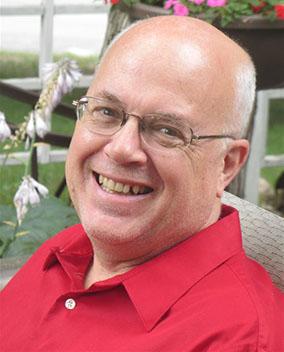 Unlike many journalists-turned-novelists, Norman Draper didn’t even consider writing a mystery novel.

“There are more than enough crime thrillers and murder mystery novels out there. I didn’t need to add to the pile,” said the former Star Tribune reporter. “There’s too much bad news out there in the real world, and I just don’t see the pleasure in making up more. I don’t even like reading those books myself, unless you’re talking about someone like Raymond Chandler.”

Instead, Draper wanted a sanctuary from all that. He set his novel “Backyard” (Kensington Publishing) in a close-knit, pastoral town called Livia and lavishly staged it with gardens described in such rich detail that it’s clear he’s spent plenty of time prettying up his own backyard. In the story, though, he just had to go and spoil all that beauty by including the people who tend those gardens.

“I thought my characters were so obviously over the top that people would get that this is satire,” said Draper, who admires the hijinks humor of P.G. Wodehouse. “But some of the early readers apparently thought they were realistic. They said, ‘I know these people!’ and I said, ‘You do? Really?’ The gardening community is apparently very intense.”

In Livia, that’s an understatement. When the local garden center announces a contest that will award an absurdly large amount of money to the best garden in town, the locals get a little crazy. Sabotage, blackmail, psychological abuse, witchcraft and a near continuous flow of alcohol make this comedic farce far more entertaining than a murder mystery. (Although there is one tiny murder here and indecent exposure, too.)

“I set out to make people laugh — not a polite little literary fiction laugh, but a real, loud laugh. But with these serious garden people, there is a little harder edge,” says Draper. “I was inspired by watching my kids play sports. It’s just like you hear about: Parents get completely out of control. They seem like perfectly nice people, but you get them anywhere near a playing field, and whoa, now look at them. People can be pretty weird.”

Releasing a garden-themed novel in December might look like a publishing misstep, but Draper says gardeners are mourning the loss of their gardens right now, and a good laugh might carry them through till spring. “I did wonder about that timing, but my publishers said, ‘Thank you for your input, we’ll do whatever we want.’ ” 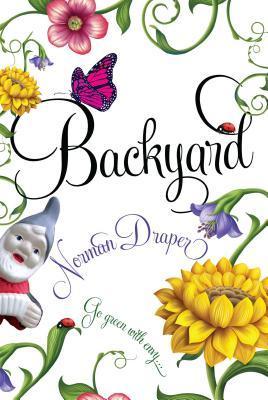 They did, and he’s OK with it. Mostly, he’s just thrilled that the book is being published. “Backyard” is actually Draper’s third novel, but the first two never found a publisher. This one wouldn’t have either, if Draper hadn’t been so darn persistent. He sent the book to 160 agents before he found one who didn’t get hung up on its lack of easy categorization. From there, the road to publication was also long, “like going through all the periods of the formation of the Earth, like rocks weathering.” He signed a two-book deal and the sequel to “Backyard” will come out next year.

Draper says decades in the newsroom made him a speedy writer. He worked at daily papers in a couple of other states before settling in Minnesota to cover the suburban beat and education for the Star Tribune from 1986 to 2011. He followed that with a stint at the Minnesota Department of Revenue. Off-duty, he worked on short stories, screenplays and fiction in the early morning hours. His first attempt at a novel centered on a newsroom. His 1979 hike on the Pacific Crest Trail inspired the second one. Draper hiked from Mount Shasta in California to Mount Rainier in Washington State, and has been back to cover smaller sections a couple of times since. He thought it would make a good story, and he was right.

“Have you ever heard of a certain book — it might be kind of popular — about hiking the Pacific Crest Trail? I wrote that book 10 years ago! It never found a publisher. Then lo and behold, one day I see this ‘Wild’ book. I am never, ever going to read that book,” he says, with emphasis. He’s joking, right? He’s a humorist. He remained cheerful through 159 agent rejections. But there’s one thing he’s not joking about, and it’s clear in the book: Like many a gardener who’s lost expensive plants, he hates rabbits.

“I want them all dead. That ugliness [in the book] is a manifestation of how I really feel. We had coyotes in the neighborhood for a while, and people were upset. I was happy! This is a natural predator, they are supposed to keep the rabbits in check. I can totally handle coyotes. It’s the rodents I want dead.”

In Norm Draper’s fictional Livia, the gardening is truly intense