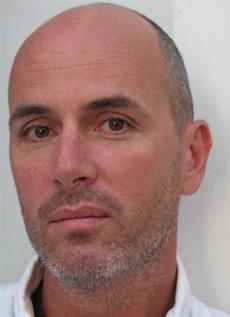 Michael Bazzett sprinkles his conversation with bits of poetry and quotes from famous writers, framing his thoughts with lines like, “Was it Frost who said …?” His head is packed with bits of poetry and profound words, perhaps because his 25 years teaching high school English have engraved them in his memory (not to mention the fact that he’s written them on the walls and ceiling of his classroom). But there has always been room for a few more lines — his own.

This winter, Bazzett’s first collection of poetry, “You Must Remember This” (Milkweed Editions), winner of the 2014 Lindquist & Vennum Prize for Poetry, joins his favorite authors on his bookshelf. Some of these poems date back decades, while others are recent creations. He writes between the margins of full-time teaching and family life, scribbling down lines on the back on envelopes and folders full of papers to be graded.

“It took me 20 years to be an overnight success, right? I never saw poetry as a viable career option so I put most of my energy into my teaching. Yet the writing always had a part of my attention, off to the side. I would write when I could and send things out here and there,” says Bazzett, who grew up in Rochester, Minnesota, and attended Carleton College, where he took just one writing class, an influential poetry seminar with Keith Harrison, before he graduated in 1988.

“That was before the whole MFA program thing happened, so I never had the machinery of a writing program, that support and guidance for my writing. I constructed something myself that was analogous: a life in literature as a teacher, being taught by the writers I taught. I’ve read so many fantastic works over and over, and you learn so much from reading. As Saul Bellow said, ‘A writer is a reader moved to emulation.’

“I’ve read Gatsby over and over. I must have read [Robert] Fagle’s [translation of] “The Odyssey” 17 times. So most of my teachers are no longer with us — Saul Bellow, [Jose] Saramago, Mark Strand, [Emily] Dickinson, [Walt] Whitman. I also had the time to develop my own voice, which I don’t think many writers have at 24. Editors notice the difference in my work. They always say, ‘You’re not an MFA person, are you?’”

A sabbatical to Mexico

An MFA program does give writers the luxury of dedicated writing time, but Bazzett figured that out on his own too. Six years ago, he took a yearlong sabbatical from the Blake School in Minneapolis and, along with his wife, fiction writer Leslie Bazzett, and their two young children, drove the family station wagon into the mountains of Central Mexico. That’s where much of the book came together.

“We wrote every day, for three or four hours, and it was absolute bliss. We could live very affordably and the kids were in school there so I had the time to really explore my writing without risks and just take my inner weird seriously. I’ve always found the dislocation of travel fertile; you get that second shot at childhood, and it was such a beautiful place. We were in the land of eternal sunshine.”

The poems in this collection explore the notion of time and memory. In “The Professional,” Bazzett ponders the idea of having one’s painful memories professionally removed. In “Holder Strand” he encounters the remains of a drowned boy. “It was me at twelve, I think. Or maybe thirteen,” he writes, and ends with, “I cannot tell you how many years have passed since I have been myself.”

“Time is brutal. It remakes us. The person I am today is literally, on a cellular level, a different person made of different compounds. Yet the brain remembers those different bodies and the sadness and beauty they experienced and those memories go out into the world. As Whitman said, ‘For every atom belonging to me as good belongs to you.’” 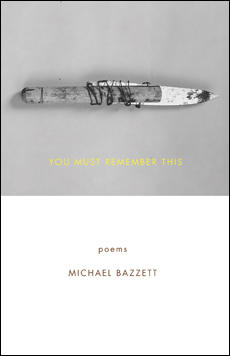 Time is a fitting topic for a teacher. Bazzett says that he teaches a new group of teenagers every year, an audience that remains eternally young while he ages. “Being a teacher is like being a tree by a river. I know the path ahead for them. They don’t know it, but they are likely in a smooth patch. It’s inevitable they will hit a rocky patch up ahead, but they will come out smooth again. Time is relentless and beautiful.”

He notes that his students today are much more open to poetry than they were a decade ago, and credits the Internet to making the world of words less intimidating in general. The Internet, too, can tell them their teacher is a published poet, a detail that makes him self-conscious.

“Absolutely, I worried a great deal about this audience, and some of the poems do have off-color language or sexual politics — nothing terrible, but as a teacher, I’m in an unusual kind of spotlight. I hope readers don’t take anything the wrong way, but if they do? Well, I can always throw up my hands and say, ‘It’s art!’”

Poet Michael Bazzett gets schooled by the greats