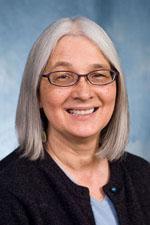 When Linda LeGarde Grover learned that her short story collection, “The Dance Boots” (University of Georgia Press), was a contender for Duluth’s One Book, One Community area-wide read, she was pleased but had no expectations. Other contenders included the blockbuster World War II hero tale, “Unbroken,” by Laura Hillenbrand, so LeGarde reserved her hopes. But this fall, at a reading for Grover’s new novel, “The Road Back to Sweetgrass,” a surprise guest stood up in the audience. Duluth Public Library manager Carla Powers announced that Northland readers had chosen “The Dance Boots,” weighing in via paper ballots at area libraries, and online via Facebook and Twitter.

Community reads are designed to get people talking about books the way we talk about TV shows: at the water cooler and over the fence. Minneapolis, St. Paul and Rochester have done these citywide book clubs, as have other Minnesota cities. Duluth’s One Book includes readers in Cloquet, Hibbing, Superior and Virginia.

Once participants read Grover’s engaging, character-driven stories, they may want to continue on to “The Road Back to Sweetgrass” (University of Minnesota Press) to find out what happened next. “The stories in the collection are linked together, and the connections thread forward into the novel,” says Grover. “This is a very Ojibwe way of telling stories — kind of like beads on a string.”

Grover, a member of the Bois Forte Band of Ojibwe, centers her stories in the fictional Mozhay Point reservation. Characters move in and out of town, and back and forth in history. Grover especially focuses on the misadventures of young people trying to figure out how to live.

“I thought a lot about the movie ‘The Graduate,’ because that’s a story about young people being anxious about the future. And I think that theme is fairly universal,” said Grover, who now teaches young people in the American Indian Studies department at the University of Minnesota Duluth (UMD). “It’s hard to grow up, it’s hard to figure out what to do and who to be, especially when your family and community don’t offer a lot of support.”

In “Sweetgrass” the tribe is relearning its traditions after decades of disruption by government-mandated Indian boarding schools. When the smartest girl in school is offered a ticket out of the poverty of her community in the form of job training for the telephone company — not college — she heads into the unknown world off the reservation.

In some ways, this is Grover’s story. After a brief stint in college, she became a telephone operator, one of the few professional jobs available to young women in the early days of telephony. “They told me if I learned to run a switchboard, I’d have a job for the rest of my life. But 10 years later there was no such thing as the switchboards anymore. They tore the switchboards down, one by one, and laid off the operators as each town as the system changed to computerized call connections.” 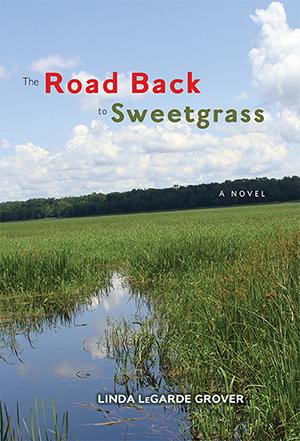 Grover went back to school, wrote a dissertation on the boarding schools and then started to write fiction. She remains fascinated with the boarding-school era, when the U.S. government forcibly removed children from Indian families and raised them in institutions. Cutting children off from their family, language and culture had a devastating impact on individuals and communities, and the aftershocks of this program show up throughout her writing.

“My father and uncle, the last two children in that family, were allowed to stay at home when the program was dismantled during their childhoods; all the other children had been taken away. I think my grandmother had quite a time, raising those two boys at home. That had not happened in the community for a long time,” says Grover. “Today we have a great appreciation for children in my family.”

The art of storytelling

One of the traditions Grover is anxious to restore to her family is that of storytelling.

“In the past, there were always people who took care of the stories, and some stories have survived more than 100 years,” she says. “There was a cultural understanding that stories had value and must be passed on. Those stories gave so much guidance, they showed us those things people need to know about how to act, what’s a good way to live. But it’s up to the person hearing the story to make of it what they will. What you learn from a story maybe isn’t what the storyteller learned.”

Grover says her fiction is closely tied to the history of Native people in America, but much of that is universal. “People grow up, fall in love, have children and live their lives. It’s healthiest not to separate everyday life from the teaching impact of stories; they are intertwined.”

The impact of casino culture, rape of Indian women and substance abuse shadows many of her stories. But life is also funny, and Grover’s stories are, too. One woman’s stellar fry bread inspires jealousy and conniving. A half-Native young man who was adopted out of the tribe returns to the reservation — dressed in designer outdoor gear and driving a fancy car — to participate in the wild rice harvest.

“Oh, I feel really sorry for this young man. The old ladies are discussing him. He’s all duded up, no one wants him to be their ricing partner, and of course he’s going to tip the boat. He shows his teeth and talks loudly, he’s an annoying and obnoxious guy and he just has no idea. But he has a good heart and he’s trying to find his place in the Indian world. He does belong, even if he shouldn’t. It’s important to include him,” says Grover.

“When some of these characters were babies, the ultimate plan of the U.S. government was to terminate Indians by force or through the schools. The goal was to no longer have people existing who were Indian people. Well, we are still here, and now the question is, will we become elders or simply older people who are no longer Indians? How does a culture survive? I wanted to tell a story that shows that life can turn on a dime, and all we can do is try to find our place.”

‘Sweetgrass’: Native author writes the Northland version of ‘The Graduate’