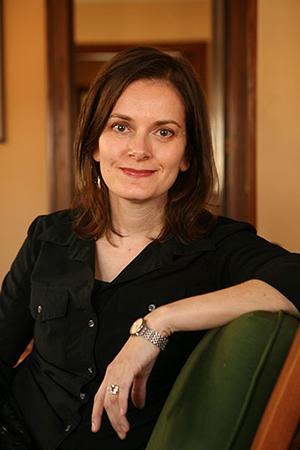 It’s natural, when tragedy appears before us in the newspaper, on Facebook, even in our own real-life circles of friends and family, to reject it: That’s a freak occurrence, that couldn’t happen to the rest of us, we’re just bystanders here, right? It’s also normal to look at the tragedies of others and think: I’m next. That terrible thing is headed my way. In fact, it’s probably already happening and I just didn’t notice until now.

That’s how Andy Steiner ended up in the emergency room. The St. Paul journalist had been working on a story about Jen, a competitive runner who suffered a heart attack at age 37. Jen was young, in seeming good health with young children, but she began to experience some vague but unsettling symptoms. No one suspected a heart attack, and as Steiner began to immerse herself in the subject, she learned that physicians frequently overlook heart problems in women. The symptoms are different in female patients, subtle and similar to the standard exhaustion that busy, stressed parents of young children experience. So similar, in fact, that Steiner became convinced that she, too, was having a heart attack. At the ER, an EKG proved otherwise.

“I knew so much about heart attacks from working on this story that I was certain I was experiencing the same symptoms,” says the writer [and MinnPost reporter; she covers mental health and addiction]. “It’s very easy to not just sympathize but to really internalize the experiences you hear about when you become deeply involved in a project.”

That sense of empathy made her latest book, “How to Survive: The Extraordinary Strength of Ordinary People (Think Piece Publishing),” an emotionally challenging writing process. The book explores the ways ordinary people move on after personal tragedies. Steiner interviewed people, including many from the Twin Cities, who faced down everyday tragedy, including a heart attack, the death of a spouse, chronic illness, the seismic change of a spouse, unemployment, bankruptcy and foreclosure. The book profiles these survivors and examines the actions they took to survive and move on with their lives. Steiner found her subjects inspiring but their suffering wore on her, making this book more difficult than anything she’d written before. 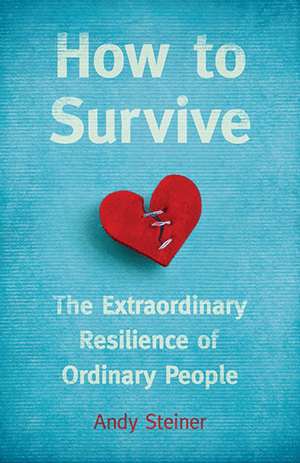 Over the course of her career as a journalist with Minnesota Women’s Press, Utne Reader and other publications, Steiner has interviewed survivors of many kinds of tragedy, and she became interested in exploring the subject in book form. She ran the idea past her friend Adam Wahlberg, founder of Think Piece Publishing, a Minneapolis-based small press with a mission to help people overcome health challenges through community and good writing, and the idea of the book was born.

“I’m hoping this will be the survival guide for regular people. We hear about heroic people doing incredible things, and it’s easy to admire them. But I wanted to explore the ways people overcome the kind of adversity that is really pretty normal but still devastating. The things in my book happen to a lot of us. All of us will experience tragedy at some point and we need to know how to survive, but that’s something that doesn’t get talked about very much in our society,” Steiner said in an interview. “These people are contributing in this world, despite the bad things that happened to them, and they are carrying on and eventually redefining happiness. I find that very powerful.”

One of the most important things the people in Steiner’s book do to survive is to surround themselves with others who understand. Some, like the spouse of a catastrophic stroke victim, start support groups and take strength from being able to talk openly about situations that are highly discomfiting, if not taboo, in the general population. Others search the Internet to find people who shared their experiences. Jen, the heart attack survivor, started a blog on the subject. Others start foundations or nonprofits to honor loved ones. In each chapter, Steiner compiles resources to help readers find online and in-person support.

“Blogs and the Internet are wonderful places to come together with others in the same situation, but I love a long-form read and I wanted to write a book for others who feel that way, and who could maybe learn from people in situations that weren’t exactly the same as theirs. What the Internet has done is shine a light in a place where we can connect and find others like us, but it doesn’t replace a book you can hold and share,” she says.

As she worked on the project, Steiner experienced a series of losses in her own life, which amplified her sympathy with her subjects. Her curiosity became increasingly personal and she looked for guidance from her interview subjects.

“These things happen to everyone. We have a tendency to think the really bad things will happen to other people and we’ll be spectators, affected but not truly impacted. But as I worked on the book, things happened to my family and friends and I became part of it. So I was not just looking for ways to give people answers and support, I was looking for those things for myself,” she said. “These things are just part of life and we continue on because we have to continue on. Tragedy and loss are like stones in the river but they don’t stop the water, it just moves around us.”

The most devastating chapter deals with surviving the loss of a child. Steiner profiles several bereaved parents, including Pat Loder, whose two children were killed in a car accident, and who went on to become executive director of The Compassionate Friends, an organization that supports parents who have lost children. She also interviews Katey Taylor, the Edina mother of Abbey Taylor, who died after a freak swimming pool accident at age 6. Taylor channeled her grief into Abbey’s Hope, a nonprofit devoted to promoting pool safety. No question, it’s tough to face these particular survivors, but Steiner keeps the focus not on the tragedy but on the part that comes afterwards, when the parents restructure a new life with different meaning.

“Life isn’t like a fairy tale or a movie where the sun comes out at the end,” Steiner said. “There are classically happy endings for very few of us, when you’re honest about it. But we come up with ways to get through things and become happy people in spite of everything. There’s meaning to be found and a changed life to live. These people kept saying, in their own way, ‘I’m still here.’ And when you go through the things they did, that’s more than enough — that’s heroic.”

Andy Steiner finds heroes in the survivors of everyday tragedy