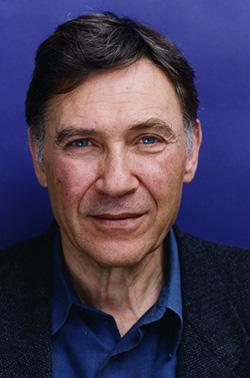 Fairy tales just don’t die. They just get rebooted for new generations. Part cautionary tale, part repository of cultural history, part pure entertainment, variations of this universal form exist in the oral tradition of every culture on Earth. German scholars Jacob and Wilhelm Grimm traveled the German countryside in the early 1800s, collecting and analyzing the folk and fairy tales we know best today. However, the stories we think of as theirs have been revised, softened and sanitized, first by the Grimms themselves, then by legions of others, notably Walt Disney.

Remember in “Tangled,” when the prince climbs up the rope of Rapunzel’s hair and impregnates her? Maybe you went back for more popcorn at that part. Anyhow, it’s right there in the original, translated by Jack Zipes in “The Complete First Edition: The Original Folk and Fairy Tales of the Brothers Grimm.” (Princeton University Press) “Tell me, Mother Gothel, why are my clothes becoming too tight? They don’t fit me anymore,” she asks in the Grimms’ version of the oft-told tale.

Zipes, a retired University of Minnesota professor of German, is one of the world’s most prolific scholars on fairy tales and folk tales. This new translation comes out alongside another title, “Grimm Legacies: The Magic Spell of the Grimms’ Folk and Fairy Tales.” (Princeton University Press). In this book, Zipes examines the impact the fairy tale has had on the Western literary tradition and in contemporary pop culture. Even if you haven’t been to the theaters lately, you’re living in a world shaped by fairy tales.

MP: In “Grimm Legacies,” you show the Grimm brothers discovering their calling as very young scholars. It sounds like it took you a little longer to realize your career would center on fairy tales.

JZ: Actually, my work on the Brothers Grimm and folklore is not the center of my career. I have written a great deal on the critical theory of the Frankfurt School, Germans and Jews, and storytelling. In 1995, I founded a storytelling program for children called Neighborhood Bridges in collaboration with the Children’s Theatre Company of Minneapolis, which is 15 elementary schools in the Twin Cities. It is still thriving today and has been spread to other cities in the U.S. So, my work on folklore and the Brothers Grimm is part and parcel of my critical and creative work.

MP: You translated the Grimm brothers’ fairy tales in the 1980s. Why did you decide to revisit the earlier versions with your new book?

JZ: In 2012 many universities and societies in the world held conferences to celebrate the bicentenary of the Grimms’ first edition [1812] of their folk and fairy tales. I was invited to give talks at many different places in 2012, 2013 and 2015. When I realized that the first edition had never been fully translated into English — I had translated a selection of tales from this edition here and there for different books — I decided to translate the first edition, because it is completely different from the seventh edition that I had translated in 1987. It is fascinating to make comparisons between the first and seventh editions, because one can see how the Grimms made major changes in their views of the tales.

MP: As a parent, did you read fairy tales to your child?

JZ: I have a daughter, Hanna, and I never read fairy tales to her. But I did tell her bedtime tales and made up many tales involving Gory the Goblin and other creatures that I borrowed from the Grimms’ tales and other tales I knew. Most of the tales were improvised.

MP: You’ve written that fairy tales surround us throughout our lives, more than any other genre. Can you give me some current examples of fairy tales we might not recognize as such?

JZ: Almost every single commercial on television for shampoo, sports shoes, drinks, food, clothes, perfume, cars, etc., is a short fairy tale, for they are given magical qualities. In other words, if you use the right shampoo or perfume your hair will glisten, you will smell flagrantly and you will become a princess or prince. If you wear the right sports shoes, you will fly through the air and win any kind of game. If you whistle for an insurance agent, he or she will appear in an instant. Fairy tales are with us day in and day out, not just in commercials, but references in the theater, movies, museums, schools, etc.

MP: In “Grimm Legacies,” you write about the changed or diminished power modern tellings have on audiences. How do you see this impacting a generation raised on these versions?

JZ: Unfortunately, I think that most — and there are some excellent modern retellings or tellings — modern tellings are spectacles for the sake of creating spectacles. Or, there is a certain banalization of fairy tales because they have been sanitized and also cover up the brutality of present-day social and political struggles.

MP: Is anyone writing new fairy tales today, original ones that could have enduring power?

JZ: Actually, there are a number of excellent writers for adults and children who are writing unusual tales. I am thinking of Sarah Maitland, Robert Coover, Salman Rushdie, Jane Yolen, Neil Gaiman, Donna Jo Napoli, Philip Pullman, Gregory Maguire, Kate Bernheimer, etc. Whether their tales will endure is difficult to say. But there is one author, Angela Carter, who has unfortunately died, and I think her tales will endure a long time. See her book “The Bloody Chamber and Other Tales.”

MP: The University of Minnesota has a world-class collection of materials relating to children’s literature in the Kerlan Collection. Did anything housed there help you write these books?

MP: Recent films, such as “Maleficent” and “Into the Woods,” are fairly, shall we say, grim. Does this reflect a backlash against the happy Disney tellings or does it reflect something else going on in our society?

MP: In response, Zipes sent me a chapter on American fairy-tale films for his next book, “Fairy-Tale Films Beyond Disney,” in which he examines the fairy-tale-inspired films of the past two decades, including the current hit “Into the Woods,” and finds that attempts by filmmakers and storytellers to reflect or comment on contemporary social, economic and political realities get continually thwarted by marketers. For example, he writes about the feminist message given in “Brave” when the princess Merida attempts to escape an arranged marriage — and then gets slapped down by doll designers who take away her bow and arrows and give her a boob job and sparkly dress. The book comes out this fall. Right after that, there will be yet another book: Zipes is working on “a huge 1,000-page anthology of tales pertaining to ‘The Sorcerer’s Apprentice.’ ” So much for retirement.