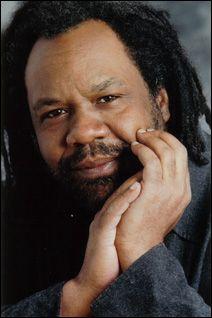 Alexs Pate saw an empty spot on his bookshelf, but the book to fill it, an anthology of black Minnesota writers, didn’t exist. For more than 15 years, the author of “Amistad” and “Losing Absolom” kept thinking about the missing book. Every time he brought it up, people would seem intrigued, but then let the idea float away. “They would say, ‘Who would be the audience? Where would the money come from?’ And then we’d go on to other things,” says Pate.

One book on his shelf, “The Butterfly Tree: An Anthology of Black Writing from the Upper Midwest,” came out in the 1980s and captured an earlier era. In 30 years, however, Minnesota has changed, as has the literary world, which has expanded through the rise of hip-hop and spoken word poetry. An updated book needed to reflect that, Pate thought, especially since black voices haven’t been afforded a greater place in other regional collections.

“I feel comfortable saying black writers are underrepresented in anthologies of Minnesota writers,” says Pate, who says his own writing has been profoundly influenced by his surroundings in the great white north.

There are poems and stories about iconic Minnesota businesses, classic downtown Minneapolis buildings and the way ice forms on the lakes in late October. The civil-rights movement, jazz and blues music, racism and inclusion, the rural Minnesota landscape, family life, loneliness, and beauty fill these pages, through the voices of some of Minnesota’s best writers, including Conrad Balfour, Philip Bryant, David Haynes, Kim Hines, Gordon Parks and many others who may have been left out of other anthologies but have been here and writing all along. 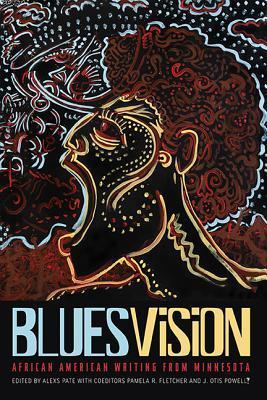 MP: You edited this collection with the help of two other writers, Pamela R. Fletcher and J. Otis Powell‽. What was the process of gathering this work like?

AP: Pamela and I have had many conversations about such a book over the years, and as soon as I had the go ahead from the Minnesota Humanities Center, we got right to work. We had many writers in mind that we needed to include, and I put out a call for work for fresh material. We did run out of time in collecting permissions, and so we weren’t able to include some people we really wanted to. August Wilson is a glaring omission. J. Otis is a good friend and a tremendous poet, so he was a natural to handle the poetry selections.

MP: The book goes back to include writers from the past century. How did you collect that material?

AP: Davu Seru, a graduate fellow at the Givens Collection at the University of Minnesota, did a great deal of research for us, and tracked down a wealth of material. Black writers have been in Minnesota all along and I wanted to flavor the book with a sense of history. I wanted to do a historical sweep and reach back 100 years. Of course, there were so many people, from every era, that we were limited only by space.

This is a contemporary collection, but those voices that capture the places and events of the past, such as [Kofi] Bobby Hickman, who passed away two weeks ago, are critical to the story. I felt like I was breaking into history. When people talk about the Minnesota literary landscape, they never represent African-American writers. They leave out places like Rondo. That needed correction.

MP: What kind of changes did you see looking at black writers over a period of decades?

AP: The change comes in a progression. Things have changed significantly since I arrived here. The landscape, the politics and the climate has changed. I grew up in Philadelphia and moved here in 1981, when black people represented only 1.5 percent of the population. That number has changed, and that changes the way you fit into a place and how you feel about a place. When there are more people like you around, you feel differently about that place.

MP: Has the voice of black writers changed to reflect the growing numbers?

AP: Yes. In the recent work, the voice feels more honest, more direct. There is a crafted presence, a level of sophistication and clarity about the impact of race. Look at what we’ve been through just in the past half century. The civil-rights era, the expansion of opportunity, the rise of hip-hop and the spoken word era, the election of the first African-American president. These things all impact black writers. In the past, expressing oneself as a black writer was much more difficult, because there wasn’t a chance to be heard. When people know they have a chance to heard, they express themselves with more confidence.

MP: Is Minnesota a good place to be a black writer?

AP: Well. There are two aspects to that experience. First, there is a quality of goodness in this region. Artists are appreciated here. However, there’s a real sense of isolation here for black artists and writers. You’re constantly faced with the reality of the place. I am often the only black person in the room. At the meeting table. In the restaurant. On the stage. Writing is a lonely, isolating experience already, and as I go about my daily business as a writer, a teacher, a black person in this place, I am constantly reminded of that isolation. I am both conspicuous and invisible. People don’t come running to hear your ideas. A lot of things happen that you aren’t included in. If I was a young person in college today, it might be different. If you are coming up as a black person in the community today, you might see more opportunity. Or you might see a lack of people like yourself in positions of influence. Even so, black people always find a way. We still become writers. We still make art. We write poems and stories and find the words.

MP: You’ve stayed here, and you’ve been very prolific here. So does that isolation work for you as a writer, perhaps by eliminating some distraction?

AP: I think Minnesota, maybe because of the weather, is a very meditative space, and all that isolation does give me room to write. When a place seems closed up, you find more space inside yourself. That is a positive thing — you can extract the benefits of that isolation, and for me, that becomes a place to write. Still, when I was in Philadelphia, I was surrounded by other black writers. There were plenty of people who shared my experience. There were writing workshops filled with black writers. There were publications looking for contributions by black writers. There was a community of support that came from numbers. I was nurtured there. Sometimes it’s difficult to be without it here, I admit. I’ve seen other people come here and stay for about 10 minutes. They look around and say, ‘Oh, no way.’ But I do think it’s changing.

MP: You’re doing work to impact the way African-American kids are educated. Is that part of the change?

AP: A great deal of my energy is being channeled into the Innocent Classroom [a program that helps educators establish better relationships with children of color to break down stereotypes that impact classroom performance]. I believe that African-American kids are being burdened by the negative stereotypes that surround them. They become a product of the environment and expectations placed upon them, and it becomes that much harder for them to reach their potential. When you understand what the script is that those kids are operating under, you understand how hard it is for them to assert their own essential goodness. My goal is to dislodge those stereotypes and develop a new path.

MP: A black writer, Marlon James, was just nominated for a Minnesota Book Award for a novel that has received more attention than perhaps any other book published by a Minnesotan in the last year. How does the presence of “rock star” African-American writers like you and Marlon impact the local writing community?

AP: Marlon is an excellent writer and deserves all the awards and accolades. When his work gets recognized, the whole community stands up taller. I have won two Minnesota Book Awards myself, and I know what that feels like. It’s a very special honor. It makes a difference to people beyond myself. Some kids will see possibility — that you can be black and be a writer.