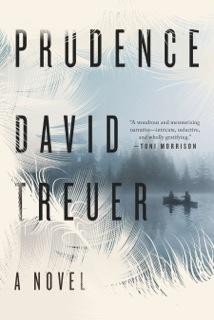 Literature distills the essence of human nature across time and place. No matter what place on the timeline of history our own moment on earth falls upon, a good book underscores our similarity between those people who came before or after us. We do stupid or terrible things, we look out for one another, we fall in love, we do what needs to be done, one day after the next just like people did in other times and places. We write differently, though.

In David Treuer’s latest novel, “Prudence,” (Riverhead Books) the characters may transcend history, but the letters that Frankie, a northern Minnesota boy turned World War II bombardier, sends home to his sweetheart are the efforts of another time. Passionate, courtly, descriptive, therapeutic, touching on matters of the heart as well as performing the practical narrative duties of keeping in touch, the letters mine an interior territory phone calls and texts can’t touch.

“I’d much rather receive a letter like Frankie writes than get a cat picture on Facebook,” says Treuer. “The act of writing reflects how you feel so much more deeply than any other form of communication. You’re taking what’s inside and bringing it outside for another person to experience. When you write out of love, that’s a real letter, and in those days, they really knew how to write them.”

Treuer’s novel captures in those letters, and in his own careful, lustrous narrative, a time in which passion was restrained in public yet extravagantly expressed in writing. He not only sets his book in the early 20th century, he channels authors of that era — the writers he sees as his stylistic cousins.

“So many people look for commonalities between authors in terms of time or race or ethnicity, but my work has little in common with work by other Native writers,” says Treuer, who grew up on the Leech Lake reservation in northern Minnesota. “The relatives of books are other books. My books have more in common stylistically with those of Proust, Thomas Mann, James Joyce, Toni Morrison, Eudora Welty, Nabokov, the greats of 20th century fiction, and especially those writers from the beginning of the 20th century.”

In “Prudence,” a lake resort and northern Minnesota community have been depleted of young men by the faraway war, except for those held at a nearby German POW camp in the woods. One of those prisoners escapes at the same time a young woman travels through the woods with her sister, escaping from an Indian boarding school. This coincidence and a split second of carelessness ends up changing the lives and emotional landscapes of untold others in the tightly interwoven community. 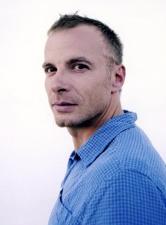 As a professor of English at the University of Southern California, Treuer encourages his students to ground themselves in what is still considered modern literature, although he sees a seismic change afoot in popular contemporary fiction. “We just don’t tell stories the way we used to, and it’s affecting the way many writers write. I see less seriousness, more zaniness. I’m seeing so many books that seem driven by stylistic quirk rather than inspiration or ambition. In our time we substitute zaniness for story, plot or depth of feeling,” he says. “I am quite happy reading in the past century. Writing just meant more back then, and it was more important in those days before other media. There’s such a fierceness that attends the efforts of writers of earlier times, and real inspiration and inventiveness. I admire and aspire to write that way, more so perhaps than like writers of my own time.”

Treuer calls himself a “receptive sort of person” and grew up hearing and absorbing war stories from both sides of the family, from both sides of the ocean. His mother, Margaret Treuer, was the first female Indian attorney in Minnesota, and numerous members of her Ojibwe family served in the military. His father, Robert Treuer, an Austrian-born Jew, escaped Europe in the late 1930s. [His brother, the writer Anton Treuer, caught the storytelling gene as well.] His best-known work is “Rez Life,” a non-fiction look at contemporary issues affecting Native American communities. He has three previous novels as well.

“The old man who gave me my name served in World War II and he told stories about that time. I have always listened to the details of life. I solicit things and keep them in my head and later they come out in my writing, some of them,” says Treuer. “I know this place and I have a sense of the time. I had characters in mind. But most of this book is pure invention. That’s the real pleasure of writing for me, imagining things and bringing them to life on the page. I had a blast writing this.”