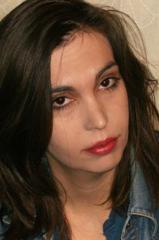 Rachel L. Coyne’s “The Patron Saint of Lost Comfort Lake” (New Rivers Press) recalls the spare, restrained form of a Scandinavian crime thriller, with its undercurrent of violence running beneath the cold waters of Minnesota’s Chisago Lakes country. This literary novel is not so much a whodunit, however, as a psychological exploration of the ways personal tragedy becomes part of a community’s unwritten history, repeating across generations like a skipping rock on a lake.

It’s also the story of a relentlessly bad string of luck. Jane, a divorced former prosecutor, moves back into her childhood home with her mother just before a girl’s body turns up on the shore of the lake in the family’s backyard. Jane doesn’t know the girl, “Not this one,” but her appearance haunts the family and triggers a series of series of decisions and acts that bring to the surface other bodies that can’t stay buried in the past.

Dark stuff. Beautiful, though, crafted with the care and elegance of a poet, which Coyne is — when she’s not working as an attorney with the Minnesota League of Minnesota Cities.

MP: You have a demanding job and a young family, yet you’ve been steadily writing novels and poetry. How do you fit writing in?

RC: I always think of my process as sort of a modified version of Hemingway’s. He’d get up early every day and write for two hours. Then he’d go out and box, drink and whore, then come home late and tousle the hair of his boys. That’s it. That was the secret to his success. So I write at 4:30 a.m. every day, just one scene. Then I get everyone ready for school, and I have a long commute, so I think about the scene I’ll be writing tomorrow. I skip the boxing, drinking and whoring. It’s slow but steady, and I can have a novel done in about a year and a half.

MP: The poetry doesn’t work on a schedule, though, does it?

RC: No, poetry is different. If I had to do a poem a day, it would be a terrible grind. Poems don’t come on command, they just happen in my head. Writing this book actually coincided with a period of writing poems, which I hadn’t done for a very long time. I hit a patch where I was really questioning this book. Writing Jane was hard on me. It made me search what it was in my identity that made me want to get up early and do this work. I thought, ‘Maybe I don’t want to do this anymore.’ So I took six months off from writing and that’s when the poetry started to come back.

MP: Alcohol abuse is a central theme in this book and in your previous novel, “Whiskey Junction” (New Rivers Press). I gather the topic has come up in your own life.

RC: Yes, my father was an alcoholic. By the time I was 34, he’d drunk himself into a coma. So it was a defining aspect of my childhood, and it comes into my writing.

All of my characters are flawed or complicated or missing parts of themselves. They have problems that I have had, or people I know have experienced. It’s hard to write about that, but the process gives me back something, and ultimately, these are books about surviving. I write about the things that scared me. I was terrified that my dad would kill someone driving and drinking. My whole childhood was haunted by dread and guilt.

MP: In the book, you seem to transfer that sense of dread to Joe, the police officer, and the guilt as well — there’s a fair amount of violence and drunk driving that law enforcement just ignored in this community.

RC: Well, that’s been a sweeping change in our lifetimes. Law enforcement definitely turned a blind eye before that, but there’s a lot more awareness now, and a lot less tolerance. I think the risks of not doing something about drunk driving became too obvious. In my book, Pitch is a horrible, violent, brutal drunk, but he doesn’t get locked up until he kills a little girl while driving drunk. Now it’s different.

In my book, there’s understanding but also anger about what was tolerated before. Everyone in town knew about Pitch, and they tolerated him. So when Joe threatened to arrest Jane, she’s incredulous. She says, “You’re going to bust me?” Of all people.

MP: Your writing shows a lot of sympathy to the complexity small-town police officers face.

RC: Yes. People don’t think of that, with cops, we call on them to bear witness to our very worst moments. They see the most horrible parts of people’s lives. It takes a tremendous toll on them. Cops in my work tend to be archetypes representing the good order. They fall into line around the rules even when my other characters don’t.

As an attorney, I do a lot of work around training police officers. My husband has worked as a volunteer firefighter and an EMT. I know these people, and the things they face aren’t easy. 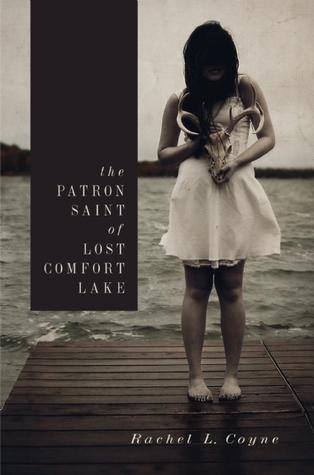 MP: You grew up not far from where you live now, in Lindstrom. This novel is full of comments about the lack of privacy and the open secrets that dog people living in small towns. Why did you stay?

RC: I love having all my family around me. At times I think of my life as a disaster zone, but my family is nearby, and my husband’s family, so my kids have those connections and there are a lot of people helping me. And it’s a beautiful area. There’s an arts community here. There are potters, painters and an amazing arts community that’s come up around Franconia Sculpture Park.

MP: In your writing, the area comes off as fairly troubled. Alcohol and dead deer are defining motifs, rather than arts and beauty.

RC: Well, it’s still a rural community in many ways. The lakes and deer are symbols of survival or death rather than some kind of vacation scene, and that comes from a subsistence lifestyle my family and the people we knew depended on. My husband’s father experienced real poverty, with a lack of running water. He was an avid and relentless poacher. We all grew up with deer curing in the yard, hanging off the trees. That was survival. I remember helping my grandmother butcher deer.

Today, the area is not that far from the Twin Cities. It’s just not. So things are changing. A few years ago there was a huge uproar because someone hung a deer carcass off their front porch, with its tongue hanging out. That was something that was perfectly normal in my own childhood. A lot of us had those memories. Now, it’s seen as something brutal, uncivilized.

MP: So there’s no deer on your porch?

RC: No. Not so much anymore. My kids aren’t growing up hunting. Bars like Ardell’s are pretty much gone. That lifestyle still exists, but it’s more stretching into Wisconsin.

MP: You’ve written that Charlotte Brontë’s “Jane Eyre” has been a big part of your life as a writer.

RC: Books can change people. That book changed me so entirely, and even today impacts the way I write. I think I read it in seventh grade and it must have been the only book I read that year; I read it over and over and over. That’s an age where people are figuring themselves out and deciding: I’m either going to repeat my family rhythms or find my own way in life.

There are lines in each of my novels that echo lines from “Jane Eyre.” The very structure and pacing of my books follow from Brontë. The movie version really fails to capture how grim and brutal that book really, is. The stark, persistent darkness, the violence, especially against children, the threads of madness, the sense of trying to save yourself from your own childhood. That scene where Jane Eyre wakes up with little Helen Burns dead in her bed? That’s so incredibly grim. There’s dynamite hidden in that book. It’s in my emotional wiring. It sings in me. I love it.