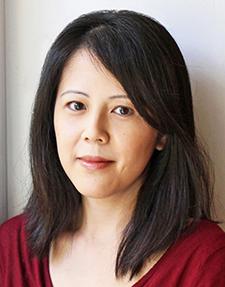 Minnesota is where everything went wrong for Laura Ingalls Wilder’s family, says writer Bich Minh Nguyen. So that’s where her obsession with the “Little House on the Prairie” books began.

“The most interesting parts of the Little House books are the hardships, not the joyful times. Fiction is about conflict, and so many truly awful things happened during the ‘Plum Creek’ years,” which were set in southwest Minnesota, says the author of “Pioneer Girl,” now out in paperback (Penguin).

“Things went so badly for that family in Minnesota that they had to move because of it. That’s where their only son died, where the crops failed, grasshoppers came, fires, conflict between white settlers coming into native lands, devastating sickness. It was one failure after another. Minnesota is also where Laura became aware of her family’s poverty and class issues. She begins to see herself as an outsider.”

That outsider perspective helped Nquyen bond with the Little House books when she was a child. The pioneer girl who was continually packing up and starting over in a new land was a spiritual kin of sorts to Nguyen, who was born in Saigon and immigrated to Michigan with her family when she was a baby.

“A lot of people think it’s strange that an Asian-American would identify with pioneers, but Laura’s is the ultimate immigrant experience, and I felt very close to her growing up,” says Nguyen.

As an adult scholar, Nguyen discovered that Wilder’s daughter, Rose Wilder Lane, traveled to Vietnam as a journalist during the war. That, along with a photo she found in Lane’s archives, sparked the “what if” question that unfurled into “Pioneer Girl,” a fictional homage to the Little House books in which a young Vietnamese-American woman uncovers a possible connection between Lane and her own family. She embarks on a pilgrimage to learn more, visiting library archives and historical sites to solve this literary mystery and better understand the mother-daughter writing duo, while wrestling with her own family relationships along the way. Nguyen ends up blending fiction with history — just as Wilder did.

Which brings up the other “Pioneer Girl.” Nguyen’s book is not to be confused with another recent Little House-related title, “Pioneer Girl: The Annotated Autobiography of Laura Ingalls Wilder,” edited by Pamela Hill Smith (South Dakota Historical Society Press). That book is currently awaiting its third press run, after the first two runs sold out within days. It’s mystifying that the publisher was caught by surprise by the demand; Laura Ingalls Wilder is clearly enjoying resurgent popularity. In recent years, a flurry of new materials, ranging from the obscure — collections of Wilder’s newspaper columns, biographical works, a book about the family’s involvement with Freemasonry — to the fanciful — lurid romances based on both Laura and Rose, “The Wilder Life,” a memoir by Wendy McClure about being a Little House fan — have kept people of all ages reading about the luckless pioneer family.

“Pioneer Girl” is Laura Ingalls Wilder’s original memoir manuscript, which was rejected by publishers and then expanded and rewritten either by or with Lane to eventually become the Little House series. The manuscript has been illuminated with meticulously detailed historical annotation, and includes a cast of would-be pedophiles, rapists and murderers, drunks, wife beaters, creepy townie boarders and general misery that the child-friendly rewrites — accomplished with the significant aid of Rose Wilder Lane — left out. No matter how bad things got in Minnesota, they were much worse in real life. 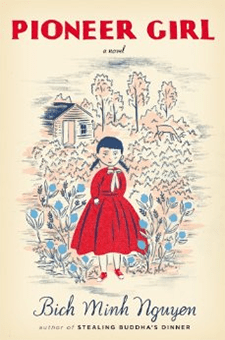 “The editors did tremendous research and it is a scholarly text in every sense of the word, but people have such a huge interest in these stories that they want to know more,” says Nguyen, who disagrees with the editors of “Pioneer Girl,” who ascertain that Wilder grew as a writer, rather than relied on her daughter to rework the manuscript into the Little House novels.

“The writing is not spectacular. You can see what a tremendous effort it must have been for Rose to rework that material into the books we know today. Anyone who has taught writing knows that the learning curve isn’t that short — you can’t quickly become a much better writer. There are vast differences between the [original manuscript and the final Little House books]. The final books don’t reflect Laura’s writing style. But Rose’s style is quite similar.”

Nguyen’s book focuses on Rose more than Laura, and she casts a sympathetic light on a literary figure that never got her due. “I had so much sympathy for her. She had a very difficult childhood. She so desperately wanted to get away. She was a very bitter, angry adult. I left out all the stuff about her being a libertarian, but she was instrumental in founding that movement. But it was part of her character, part of the aftermath of growing up in terrible poverty,” said Nguyen. “She wrestled with feelings of entrapment and she wanted to be free of her parents. A lot of Asian immigrants go through a similar experience of having to adapt to another culture, of wanting something different than their parents do, and that brought me closer to her. I wanted to know more about her own story, and therein lies the fun of fiction — I could imagine. Like she did.”