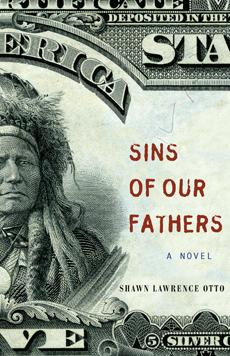 You can take the screenwriter out of Hollywood, but he’ll still write as if he’s looking through the lens of a camera. Shawn Lawrence Otto’s “Sins of Our Fathers” (Milkweed Editions) has the rapid pacing and dramatic turns of a thriller layered with the cinematic beauty and cultural complexity of Northern Minnesota.

In Otto’s debut novel, JW, an accomplished banker and small-town family man, has made a career out of understanding how to do business with Native Americans. But he’s on a losing streak in his personal life and the temptations of the casino are pulling him into dangerous territory. In an attempt to restore his stability, he lets his shady boss move him into a trailer home on edge of the reservation to spy on a Native banker. When this competitor and his teenaged son become JW’s friends, he finds himself in deeper and more dangerous debt than ever.

Otto, a screenwriter whose credits include the Oscar-nominated “House of Sand and Fog,” has an eye for setting that makes this story highly visual even on the page. [Otto divides his time between the Twin Cities and California; his wife, State Auditor Rebecca Otto, keeps the family grounded in Minnesota.] He moves JW from tense indoor scenes like the gaming room and boardroom meetings to wide-open spaces in some of Minnesota’s most beautiful and distinctive settings, including the quiet lakes where he helps the tribe gather wild rice. There’s a dark edge to everything here, though; JW is neither welcome nor trusted, and the relationship between the Ojibwe and their white neighbors is fraught with tension.

“I spent time talking with friends who are Native and we talked about the cultural aspects I wanted to include in the story, to make sure I was being authentic and not culturally appropriating,” Otto said in an interview. “They were super supportive, but there are some hard things to talk about in this story. There is a lot of racism, suspicion, resentment and a history of betrayal that goes back a long time. I didn’t want people to read this and say, ‘What are you doing here, white boy?’ but I didn’t want to ignore some big realities that still affect people’s lives, even though I’m writing a purely fictional story.”

In “Sins,” Otto confronts intergenerational poverty, substance abuse, the challenges Native people face when they move between life on the reservation and life in white-dominated workplaces and schools in the Twin Cities. He also touches on the legal challenges Native people face when they become victims of crimes, as a result of jurisdiction issues. 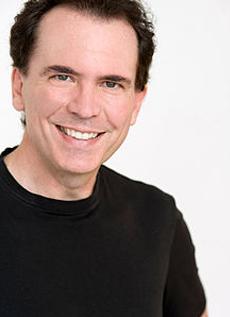 “This has been a huge problem, especially for Native women who are sexually assaulted by white men. Tribes don’t have the subpoena power to provide for criminal justice. They also have a hard time prosecuting their own members for crimes,” he said. “How horrible is it that you are the victim of a crime and then you just have to live with it, with no hope of justice or protection.” [Starting this month, a provision in the 2013 Violence Against Women Reauthorization Act takes effect that will allow tribes to investigate and prosecute non-Native men who abuse Native women on reservation lands. The law only extends to known abusers in domestic violence situations.]

Otto is no stranger to talking about difficult topics. “In 2007, during the Writer’s Guild Strike, I was closely following the buildup to the election and I noticed that none of the candidates were talking about science,” said Otto, who studied science at the University of Minnesota and Macalester College, and has a reputation in Hollywood as being a screenwriter who can handle science topics; he’s currently working on a biotech-related screenplay for Andrew Lazar, producer of “American Sniper.” “I was really frustrated that there is such a huge anti-science movement that everyone was afraid to talk about these really important issues that are affecting our country and world on multiple levels. Water shortages, contaminants in our air and water, ocean health, climate change, food safety and public health have a tremendous effect on individuals and societies, and no one would touch these topics.”

Otto, along with British screenwriter and journalist Matthew Chapman, started Sciencedebate.org to pressure the 2008 presidential candidates to hold a debate on science and technology issues. Obama and McCain ultimately refused, although they did participate in a written online response. In 2011, Otto published “Fool Me Twice, Fighting the Assault on Science in America” (Rodale Books), which won the 2012 Minnesota Book Award for nonfiction.

“Sins of Our Fathers” has been nominated for the L.A. Times Book Prize, which will be awarded in April. In the meantime, Otto is working on another novel.

“I’m constantly working on multiple projects, and I just follow my nose towards what compels me creatively. I find I’m drawn to stories that explore different aspects of the American Dream. As the son of an immigrant [his mother is from Germany], I’ve always been interested in who has access to that dream — and who butts up against other descendants of immigrants who want to call themselves the “true Americans” and keep everyone else out. This is the constant struggle that keeps America fresh, but it’s also full of pain and drama and injustice. That’s the material that fuels my storytelling.”