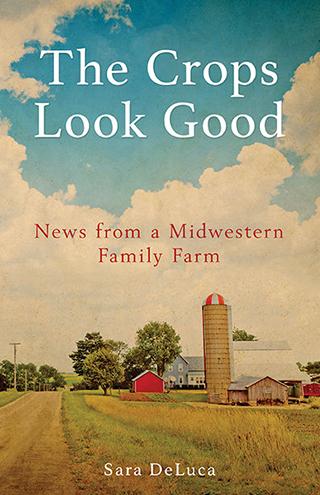 Nearly 20 years ago, Sara DeLuca went to Mesa, Arizona, to help her aunt Margaret pack up her home. The older woman pointed under her trailer home. “I’ll never forget it. There were a couple boxes under there, just full of family letters. She said, ‘I think you might like these,’ so I dug them out, brushed off all the spiders and I just couldn’t believe what I was seeing,” says the author of “Dancing the Cows Home,” a memoir about growing up on a Wisconsin farm.

Margaret had grown up on a Wisconsin farm, too, one of nine Williamson kids raised on land between Milltown and Centuria (near today’s Highway 35) during the Depression. As the siblings grew up and scattered, they kept in touch through regular, detailed letters, which Margaret collected and saved. DeLuca put aside this “burdensome gift” until after the letter writers were gone. When she returned to their words she realized that they described a lost world, a specific biography of the Midwest at a time when most families lived without running water, only 45 percent of children attended high school, and news of the wider world came from the radio — if you had the money for such a luxury.

In “The Crops Look Good” (Minnesota Historical Society Press) DeLuca weaves the Williamson family letters into a larger portrait of the war years and Depression, followed by midcentury prosperity and the decline of the family farm. She frames sections with a timeline that chronicles a developing world, a changing society and a world made smaller by war and technology.

The letters, meanwhile, show family life in practical, intimate terms. Puppies and children grow up. Egg money sends a daughter to a teachers school. A shopping trip to Minneapolis yields store-bought clothing. The family farm gets electricity and plumbing. A friend steals the fruits of a lifetime of hard work. A son kills himself. A daughter, raising a disabled child in a troubled marriage, has a home abortion using supplies her husband casually picks up on a doctor’s advice. Farm accidents, crop failures and the foreclosure crisis reshape the community. People do what needs to be done. This isn’t a story about the “good old days.”

MinnPost: Do you think your family’s letters are typical communications for their day?

SD: I think so, although I think it’s unusual that they were saved. Most people would have thrown them out. Letter writing was an excuse to sit down and take a breather, reflect a little while the bread was rising. It fulfills a lot of needs. It’s a meditation and a time for reflection. When you write, you find out how you really feel about things, what really matters. It takes time. It’s solitary. William Thackeray said, “There are a thousand thoughts lying within a man that he does not know till he takes up a pen to write.” We don’t really get that in a text or email. History is going to suffer for that.

MP: This isn’t a romantic portrait of farm life. I was struck by one of your uncles talking about playing, unsupervised, on the farm with dynamite, and saying that young parents today are too cautious — just a few pages after the letter that describes the neighbor child dying after a cap of dynamite explodes in her pocket. 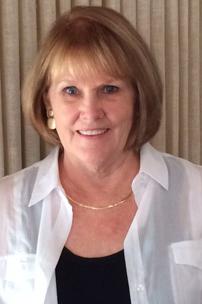 SD: Yes, there was some real denial. There were horrific accidents. Terrible things happened. Parents were working so hard they couldn’t properly watch the children. Farming is one of the very top most dangerous professions, right up there with mining and lumbering. Children were a very important part of the labor force, and some of them met awful fates.

MP: These letters really illustrate the staggering amount of work your family put in every day.

SD: Yes, it really was hard work. Most people today can’t conceive of putting in that kind of labor. My parents didn’t take a day off till they were in their 50s or 60s, and that was quite typical of farm culture.

MP: Yet your mother seemed to really love it.

MP: Your dad, however, didn’t. I was surprised by the frank talk about depression, particularly among the men in the family, that comes up in these letters.

SD: Farming didn’t suit his nature. It led to a great deal of suffering on his part, particularly when things didn’t go well. For instance, not being able to feed your animals was a terrible thing. Watching animals suffer and die is awful. They didn’t really talk about these things with us children, so I learned about a lot of it in the letters. It was probably very common, and there was no help for it. Rural mental health care was unheard of, so there was nothing they could do, just suffer.

MP: Even so, they seem to have had a good life.

SD: There were so many good things about farming. I miss being engrossed in work, putting all your time and energy into something your own. It also supported a very good community life. We miss out on that. The idea of a common good, working together and supporting one another seems archaic now. People are all trying to get ahead and do better than the neighbors. Back then, it was the strength of a community that mattered. When you drive through the countryside, it looks empty, but we were actually very interconnected. Everyone knew each other. Now it’s all larger farms that are self-contained. No one is working together in crews, so they don’t need each other.

MP: When did your family sell the farm?

SD: In the 1970s. That was hard. I never saw my mother cry much in her whole life, but she cried when they sold the farm. After the auction, she went to bed for a few days. She was just devastated. Dad, on the other hand, was set free. At 61, he was just so done with farming. He started biking for long distances across the U.S., and he just spread his wings. She realized for his sake they had to make a change and they had many good years together in retirement.

MP: There is so much deprivation here, and some of it seems self-imposed. Your grandfather wouldn’t buy a radio. Your aunt comes back from California and shocks the family by painting the bathroom.

SD: Yes, and by buying cups with good handles, and flyswatters. Those would be considered treats. We didn’t spend money on anything unless we had to. And maybe my grandfather was afraid to have too many distractions around — if there was something else to do, people would stop doing work. They measured the worth of a day by the amount of work that was accomplished. No one had any business just sitting around. They really installed a work ethic in us. I probably wouldn’t have written this book if they hadn’t.

MP: What would they think of this book?

SD: Well, I think they always expected me to write about the farm; even when I was a little girl, they considered me the writer of the family. And I think they knew they lived through interesting times. I remember the aunts saying, ‘We should write a book someday.’ They just never took the time.

My elders, with their basic country school educations, wrote so clearly and directly and from the heart. I found it challenging to match that standard in my narration,” said DeLuca. “We crave the intimate, unfiltered stories that reveal how people spent their days, how they felt about their lives, in the time and place they knew as home.”