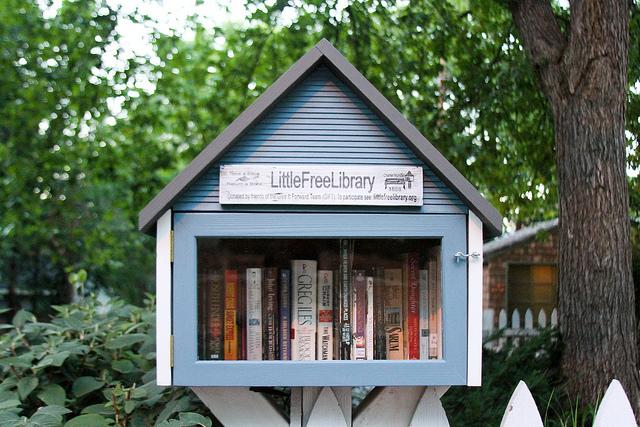 A couple of years ago, Margret Aldrich installed a Little Free Library in front of her Minneapolis home. The structures were popping up all over town, and she’d written about them for the Utne Reader, where she worked as an editor at the time, so she knew they were a sweet trick to foster community — not to mention an easy way to get (and get rid of) good books. Plus, she thought it would be fun for her young children.

“Within five minutes — no, it was probably two minutes — people were crossing the street to check it out,” she said. The novelty has not worn out. Aldrich says the collection in her library changes nearly every day, as visitors take a book or leave a book. “If I look out the window, I am almost guaranteed to see someone checking out the library. Because of our library, we’ve met neighbors we’d never talked to. It sounds trite, but it has made our block a friendlier place.”

Aldrich’s new book, “The Little Free Library Book” (Coffee House Press) is the definitive guide to a phenomenon that began in Hudson, Wisconsin, when Tod Bol built the first Little Free Library as a tribute to his mother, in 2009. Today more than 25,000 Free Little Libraries stand in more than 80 countries, bringing neighbors together and boosting literacy through sheer convenience and opportunity.

The libraries come in as many incarnations as their creative stewards can dream up, and the book features more than 400 photos. The libraries resemble buses, dollhouses, theaters, trains, mansions, even Dr. Who’s Tardis, and they are often works of art. (The book includes construction plans for building a basic library box.) They also change lives. In interviews with library stewards around the world, Aldrich investigates the ways that sharing books fosters community, improves literacy, increases tolerance, and brings together neighbors. Some of those neighbors, however, are cranks.

A rare few libraries have met a bitter end because of unfriendly neighbors, city zoning laws or vandals. Aldrich reports on efforts communities make to defend the boxes. When a little boy’s library in Kansas was shut down by the city, thousands of people, including Daniel Handler (aka Lemony Snicket) and a Holocaust survivor who recalled book burnings during World War II, rallied in support. “Tod Bol has said that asking people to take down a Free Little Library is like asking a kid to shut down their lemonade stand. It’s a pretty unpopular move, and people really support these libraries,” said Aldrich. “So usually, there is a silver lining.”

MP: Some Little Free Libraries are so well curated, and it sounds like yours is great. But to be honest, I’ve seen a few that are stuffed with real junk — old Reader’s Digest collections, moldy college texts. How do you keep yours from becoming a dumping ground? 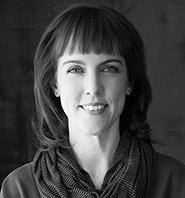 MA: Yeah, there are some sad, lonely libraries out there. I think the key is to be involved. Don’t just put it up and expect it to thrive — although it might. Mine is pretty much self-sustaining by now. A good library tends to have a steward, someone who is engaged with the upkeep and the collection, and makes sure that there are always a good number of interesting titles. But you never know what someone else will find interesting. I almost pulled a Danielle Steele book from my Free Little Library, thinking that it was pretty poor quality, something I’d never want to read, but someone else took it, so there you go. It made me ask myself, “Should I really be censoring a library?”

MA: Well, I have, I have to admit. I take out things like religious pamphlets, and a dating guide for teenage boys that was completely sexist and offensive. If something shows up and it sits there for a week, I’ll maybe set it aside and try it again a few weeks later.

MP: Do you have a favorite Free Little Library?

MA: I do. There’s one in Minneapolis and one in St. Paul that double as seed libraries. They have books and garden seed packets. No one really needs 100 zucchini seeds, so why not share with your neighbors?

MP: This goes beyond books, then. Are Free Little Libraries the first step toward the “sharing economy”?

MA: Maybe! I’ve heard of Free Little Libraries that incorporate some other forms of sharing, such as sharing recipes or sharing time. One steward put a little box in their library that people could put notes in, asking for help with projects or volunteering their skills and time. In Germany they have tool libraries, and I can see people becoming comfortable with the idea of sharing things beyond books because of this project.

MP: But there’s also been some criticism that if people can walk down the street and get a free book, they won’t support bookstores or authors.

MA: The last thing I’d want to do is hurt bookstores or authors. I’ve worked in publishing for a long time, and for years we heard about the coming death of the book, and so far, that has not come to fruition. Print publishing is actually thriving. People are cherishing books, and view them as special objects.

I talked to Nancy Pearl [famous librarian; she has her own action figure] for the book, and I actually asked her if she thought Free Little Libraries would hurt public libraries. She’s in Seattle, and they have a lot of them — not as many as we have here, but close. She told me she actually plans her daily walk to see as many Free Little Libraries as possible. They just add to the book love.

MP: So you’d be OK if I put my copy of your “Free Little Library” book in one?

MA: I would love it. I’ve actually put a few of my own copies in libraries around Minneapolis, and I enclosed a note so people can email or tweet me. It would just be fun to see how far they travel.