To many of us growing up in the 1960s and ’70s, Harold Stassen seemed like a joke in American politics; he was the old guy from South St. Paul who’d been governor a long, long time ago, and then ran for president time after time.

Over the years, I learned differently: that Stassen was a key figure, both nationally and internationally, during the middle years of the 20th century.

And now, after reading Steve Werle’s “Stassen Again,” published by the Minnesota Historical Society Press, I have a much fuller understanding of Stassen’s role in shaping our political climate — as governor, war hero and a founder of the United Nations.

Werle, a social studies teacher at the Academy of Holy Angels in Richfield, also wrote “An American Gothic: The Life & Times & Legacy of William Gates LeDuc.”

I had some questions for Werle about his book and his research: 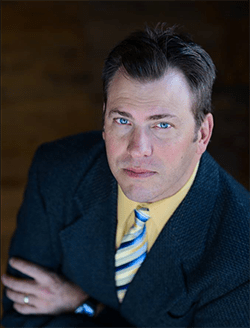 MP: What sparked you to write about Harold Stassen?

SW: I used to work for the Dakota County Historical Society in South St. Paul and would on occasion use a magnificent desk located in their research area to complete my work. When I asked a colleague where the desk came from, she said that it had belonged to Harold Stassen when he was governor. I knew very little about Gov. Stassen at the time and began looking for published materials related to his life and career. I couldn’t find a single book devoted to him, so I decided to write one myself.

MP: What sparked Stassen to get involved in politics?

SW: Stassen’s father was very active in local politics during the early 20th century – mayor of West St. Paul, school board member, chairman of Dakota County Republicans, etc. I’m the youngest of five boys and my wife and I have three sons of our own, so when I was researching Stassen’s childhood I considered how fathers influence their sons through words and deeds. I thought long and hard about that unique relationship, trying to find the best way to characterize how Stassen’s future vocation was inspired by his father. And then one day it hit me, and I quickly scribbled the following lines onto the page of a little book I keep in my car: “It would be an exaggeration to suggest that Harold Stassen was a born politician. But ample evidence exists to confirm that he was raised on a diet rich in political discourse and fortified by an acute sensitivity to injustice.” Stassen opened up his first law office in 1929 and was elected Dakota County Attorney in 1930. That was the beginning of a long and storied political career.

MP: How much was he a man of the times, responding to what was happening in our state and the nation?

SW: Harold Stassen was very much a product of the Progressive Era. He never considered abandoning the Republican Party but rather, like Theodore Roosevelt, he tried to liberalize it or get it to move toward the center of the political spectrum. His attitude toward American foreign policy resembled Woodrow Wilson’s call for international cooperation and getting to the root of what causes wars as opposed to just preparing to fight them. In many respects he was politically wise beyond his years and frequently ahead of the curve when it came to changing American values and policies.

MP: He was very involved in politics for a very long time. Of all the accomplishments you explore in the book, what do you consider the highlights?

SW: His participation in the founding of the United Nations ranks at the top for me. He called for its creation long before most politicians in America, he helped mediate difficult negotiations between the great powers and developing nations, he contributed to the wording of the U.N. Charter, and he remained to the end of his days a steadfast supporter of U.N. initiatives and peace-keeping missions. He also consistently worked to advance the cause of racial justice, equality and civil rights during his political career. He was at the March on Washington with Martin Luther King, Jr. and was largely motivated to speak up and take a stand for oppressed people because of his strong religious convictions.

MP: He was re-elected governor during World War II, then resigned to enlist in the Navy. How did people respond to that?

SW: Apparently quite well. He told them of his plans to resign in the spring of 1943 before his re-election bid in 1942. Voters knew of his intentions, understood that his new Lt. Gov. Ed Thye would assume his duties, and they voted for the pair anyway. But that was a different time, wasn’t it? One of the neat things I was able to do when writing about our nation’s experience in World War II was incorporate an interview I conducted with my grandmother several years before she died. She told me something that I believe summarizes the way most Americans felt about the war effort, and it helps explain Harold Stassen’s desire to go to war and Minnesotans’ reaction to it. She said: “In those days patriotism was a virtue. Confidence in our leaders was strong. We were proud to be Americans and were willing to make the sacrifices necessary for our country to succeed and be safe.” Thanks, Grandma!

MP: How do you compare him — in style and substance — to our current crop of leaders?

SW: I cannot think of anyone in particular currently on our political scene – locally or nationally – who compares favorably to Harold Stassen in terms of willingness to reach across party lines and respect one’s political opponents. Stassen was an administrator, not a legislator. He was used to getting things done. That said, he tended to adhere to the “middle way” when it came to difficult questions of state or national or even international policy. He looked for common ground and the greatest good for the greatest number. I guess the best contemporary example I can think of in Minnesota would be the commentaries that Tim Penny and Tom Horner have written in recent years on the need for principled politicians and pragmatic approaches to governing. That’s what Harold Stassen stood for and represented. Unfortunately, I’m afraid those types of messages often get lost in the rhetorical and highly partisan crossfire that characterizes our election cycles. 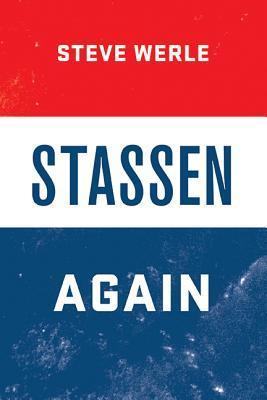 MP: What lessons for today can we take from his political life?

SW: I do believe that Harold Stassen’s career offers us many important lessons for politics and life in general. I included Abraham Lincoln’s famous line about lost causes because I think it accurately describes Stassen’s quest for world peace. Lincoln wrote: “The probability that we may fail in the struggle ought not to deter us from the support of a cause we believe to be great.” The value Stassen place upon such universally important principles as tolerance, moderation and individual rights also serves to remind me, and I hope others, of the resiliency of freedom and democracy. He was that rare combination of high-principled idealist and  feet-on-the-ground pragmatist.

MP: What kind of man was he like, outside of politics? At home, in the community?

SW: Several of Stassen’s family members told me of his remarkable sensitivity to other people’s feelings and his deep, abiding faith. He was also a life-long learner, constantly trying to improve himself through education and experience. Many, many folks I encountered over the past half-dozen years have shared with me personal stories about meeting or talking with Harold Stassen after he moved back to Minnesota in the 1970s. They all conveyed a sense that he was genuinely interested in talking with them and learning about their perspectives on the issues of the day. Always approachable and personable, you might say.

MP: At the end of his life, you note that he became almost a caricature with the repeated candidacies. How do you respond to those who think he was vain and ambitious?

SW: Stassen was undeniably ambitious, but then again how many successful people aren’t? I think a certain degree of ambition goes hand in hand with achievement whether one pursues business, education, medicine, law, politics, etc. In my opinion, ambition is to politicians what luck is to poker players. Everyone needs it to be successful, but no one wants to claim it’s what made him or her victorious. Will Rogers once wrote, “You can’t stop a politician, even by defeating him.” I just think Harold Stassen never tired of discussing and promoting the issues that concerned him most. Running for office gave him a platform for testing his positions in the free market of public opinion. As one friend of mine put it, there is a wonderful nobility in that.

MP: Your first book was about William Gates LeDuc [a Civil War veteran and U.S. Commissioner of Agriculture under President Hayes, whose historic house has been restored in Hastings]. Is there a connection between the two? A theme in your writing?

SW: As a lover of history, I am drawn simultaneously to unknown or unexplored subjects and the art of storytelling. Both LeDuc and Stassen offered me a unique opportunity to learn about something and teach about it while at the same time exploring my capacity for creativity. In other words, discovering the facts of their lives was not particularly difficult. It involved reading and asking a lot of questions. But transforming those basic ideas or building blocks into compelling narratives is where I encountered the most work and satisfaction. My father once told me that I’m the only person he knows whose vocation and avocation are the same thing. I feel very fortunate in that regard.

MP: As a high school social studies teacher and tennis coach, how do you fit all the research and writing into your schedule?

SW: Summers. Nights. Weekends. It helps to have an overactive mind and a very supportive family, but I wouldn’t necessarily recommend my writing regimen to others. I’m not exactly sure what a sabbatical looks like, but I’d sure love to find out!

MP: How long did the Stassen book take?

MP: Is there another historical figure in your sights?

SW: Perhaps. But if there is, I’m keeping him or her close to my chest. Interesting subjects are not hard to find, but unique angles are. Once I think I’ve found one, I spend a considerable amount of time trying to find out if anyone else has explored that particular territory before. If not, I’m off and running.  Let’s just say I don’t have my running shoes on at the moment.

New book looks at the remarkable career of Harold Stassen