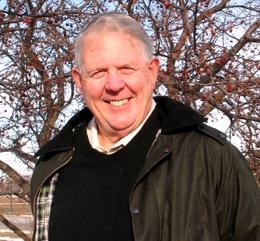 In 2006, climatologist and meteorologist Mark Seeley published the “Minnesota Weather Almanac,” a comprehensive study of the conditions and events that shape life in our state. “No doubt about it, this can be a harsh place to live, and it takes tough people to live here,” he says. “Our weather impacts everything about life in this state, and it takes a certain resilience to endure it and even enjoy it.”

He spent years analyzing data at the University of Minnesota, where he teaches in the Department of Soil, Water and Climate and in extension programs, and at the Minnesota History Center, where he set up an office to undertake the task of compiling two centuries of statewide daily measurements and records of historic storms, poring through newspapers and fragile handwritten documents. They helped him tell Minnesota’s greatest weather stories, such as the Long Winter, the Children’s Blizzard and the storm that brought the Edmund Fitzgerald down to the bottom of the lake. He compiled charts showing our averages for temperature, snowfall and precipitation, and our extremes.

Seeley’s book is the go-to resource for broadcasters who want to put today’s temperature in historical perspective. But history quickly becomes the past.

“I spent six years writing that book, and I thought it was a one-time effort,” Seeley said in an interview. The new second edition of the book, “Minnesota Weather Almanac: Completely Updated for the New Normals” (Minnesota Historical Society Press) includes recent storms, trivia adapted from the Minnesota Weather Quiz at the State Fair, and tells a new story about Minnesota’s weather: It’s changing.

MinnPost: Was there a particular climatic event or realization that made you rewrite your book?

Mark Seeley: Well, if we just open our eyes, we can see what’s happening in our own backyards, not just in terms of changes to the climate but in terms of transportation, water, food and energy. Minnesota happens to occupy a geographical area that is seeing the most dramatic change. Last year was the globe’s hottest year on record, and Minnesota was in the cold spot. To some extent, that distracts us. But we live in a highly variable climate and so we will see extremes in numerous areas. We hold the record for the coldest Groundhog Day, but Minnesota also has the record for the highest Heat Index ever measured in the U.S.; In 2011, Moorhead had a Heat Index reading of 134 degrees — that’s  hotter than Furnace Creek, Death Valley.

So, in the roughly 10 years since the last book, I saw that we were more frequently making measurements that were outside of the historical ranges. In other words, we were setting a lot of new records. In fact, during that time, we set more than 16,000 new daily local climate records. We set 140 statewide records. We moved into a warmer growing climate zone. That’s how quickly our climate is changing.

MP: But in 2006, we were already well into an international discussion about climate change. Would it be fair to say that, at the time you wrote your last book, you were a climate change “denier”?

MS: I don’t know that I’d be that good about self-evaluation, as far as charting my progress of understanding. I’ll be frank and say that living here in the 1980s, I didn’t see a signal of climate change, and I was vocal about it; I even wrote editorials for the Star Tribune saying that I didn’t see it here. However, that quickly changed. By 1991, the evidence was stacking up. Our measurements were deviating more and more frequently from the historical range. We live in a highly variable climate, so we needed to see a greater body of evidence.

The fact is, for the past four decades, I’ve been the caretaker of Minnesota’s climate data. My message at the Climate Rally at the Capitol [on April 22] was that we need to be concerned about this data. As an educator, I try to keep the focus on the data, and what it tells us is happening. So I say, just take a look at this data and see if you don’t get the same message I do. Of course, there are a lot of people who refuse to look at the data. But we can’t ignore it, and in fact, that’s the very worst thing we can do. 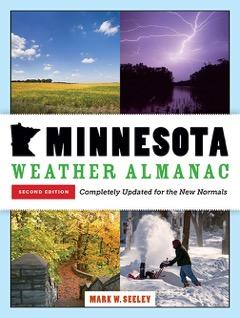 MP: What were your observations at this year’s climate rally?

MS: I did see representatives from the solar, wind energy, renewable technologies speaking, and that’s where our future should be. But we need to get the political will to face reality and get the intellectual capacity of this country to innovate right now. There isn’t the sense of urgency, or action, we need. I rode my bike to the rally and it was the only one in the bike rack. I’m 68 years old. So what does that tell you?

MP: Your book includes a call to our governing leadership to take action on climate change. What do you want to see happen at that level?

MS: We’ve had many stops and starts and not much has been accomplished, and we are running out of time. There are numerous ideas and efforts that would make a difference. I’ve lauded ideas that would push policy to conserve our water resources, bring in more renewables and re-evaluate our transportation system. Our transportation infrastructure has been sorely taxed by climate change and it will only get worse. Interest in discussing these issues waxes and wanes, and government has largely taken a very shortsighted view of the situation. That’s not going to do any of us any good.

Some organizations are side-stepping politics and facing climate change head on. For instance, Mayo Clinic is very concerned about this and doing proactive planning. They are making adjustments to their allergy clinic and preparing for heat waves, because they really see the impact of this, particularly on older people. I tip my cap to them: They’ve been making adjustments for climate change all along.

MS: Your book discusses the impact of agriculture on climate change on agriculture — and vice versa. What do you want to see happen in this area?

MP: Agriculture is already profoundly affecting, and profoundly affected by, climate changes. That’s such an important part of our state that we can’t ignore it. I see more farmers switching to conservation methods. The government is talking about buffer strips between agriculture and waterways, which would help, although I think that it’s silly to have a uniform standard, because watersheds are so highly variable that buffers should be tailored to each region.

MP: In addition to your education efforts, what are you doing to effect change?

MS: I participate in the Minnesota Climate Adaptation Partnership, which holds an annual conference in which people from local soil and water conservation districts, county boards, research organizations, elected officials and other state and local organizations gather and share stories about what they’ve tried and what does and doesn’t work in their areas. If the local units pay more attention, then hopefully we’ll see some statewide action, and ultimately some federal efforts. But, the way things are going, that’s going to be tough.

MP: Your book — and our understanding of Minnesota’s climate — owes a lot to volunteer citizen observers. Tell me about these people.

MS: We have volunteers working for the state and the federal National Weather Service. They are required to go out every single day and record conditions in their area. In the old days, it was all on paper, but today, of course, it’s electronic — you can send in your data on your phone. We have some unbelievably dedicated people. Many of the observation stations are on farms, where someone has to milk every day. Some are at colleges, water treatment plants, municipal facilities that are open every day of the year. We have an observer up in Voyageurs National Park, on the Canadian Border. We have some incredible legacy observation stations. One family has been continuously observing and recording weather data since 1891 — and they have a track record of 99.99 percent during that time. You inherit the farm, you inherit the weather equipment.

MS: Unequivocally yes. We have areas we’d like more coverage in, particularly in Koochiching County; the highlands areas of the North Shore, where the population is sparse; and the Red River Valley. If you’d like to volunteer for the state, contact the state climate office at 651-296-4214. Observing for the National Weather Service takes more training and instrumentation. Call 952-368-2520 for the Minnesota NWS office.

MP: We just finished a pretty wimpy winter. Is this the new normal? Or rather, can I ask you for a long-term forecast?

MS: Well, we live in a state with a high degree of variability, and that’s only going to increase. We will see more extremes, in terms of temperature and storms. We’ve started to see a number of huge, transformative storms with flash floods, and I don’t think we’ve seen the worst of it yet, because the atmosphere is changing. We need to be more careful about the management of watersheds to prevent the kind of catastrophic and expensive damage we saw on the North Shore a couple years back. We may come to realize that we can’t just do whatever we want in those watersheds anymore.

As far as winter goes, I don’t think we’ll see a lot more winters like the one we had last year. The winter of 2013/2014 was one of the worst 10 in Minnesota history. What we experienced this year is more likely to be typical. We had two classic months, November and February. March was mixed. But December and January were much warmer and drier. That will please people who love to complain about winter, but it is a great disappointment to people who enjoying skiing, snowshoeing, playing in the snow, snowmobiling. I think we’ll still occasionally have a good old-fashioned winter, but what we saw this year is the new normal.